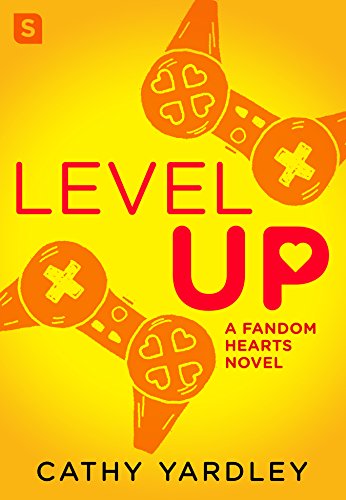 Geeky introvert Tessa Rodriguez will do whatever it takes to get promoted to video game engineer– including create a fandom-based video game in just three weeks. The only problem is, she can't do it alone. Now, she needs to strong-arm, cajole, and otherwise socialize with her video game coworkers, especially her roommate, Adam, who’s always been strictly business with her. The more they work together, though, the closer they get…
Adam London has always thought of his roomie Tessa as “one of the guys” until he agreed to help her with this crazy project. Now, he’s thinking of her all the time… and certainly as something more than just a roommate! But his last girlfriend broke up with him to follow her ambitions, and he knows that Tessa is obsessed with getting ahead in the video game world.
Going from friends to something more is one hell of a challenge. Can Tessa and Adam level up their relationship to love?

I reviewed the second book in the Fandom Hearts series, One True Pairing, several years ago for Library Journal. I loved it so much that I gave it a Starred Review. While that review may be behind a paywall, a variation of it is here on Goodreads.

I also enjoyed it so much that I bought the first book in the series, Level Up, certain that I would get a round tuit eventually. When the notification for this tour popped up I decided that eventually was finally here.

And I have to say that Level Up was just as much geeky fun as One True Pairing.

The title of Level Up is a bit of a pun. Both Tessa and Adam work for the game design company MPG, whose name is also a pun but stands for Mysterious Pickles Games – not that anyone really calls the place that.

And they’re roommates. Adam owns the house, Tessa rents a room and shares the public spaces. They’re friend-ly rather than friends, as Tessa is very much of an introvert while Adam has a whole coterie of male friends that he works with and spends time gaming with outside of work.

The thing is that both Tessa and Adam need to do some leveling up in their lives and neither of them are quite ready to acknowledge it. Both are a year out of long-term relationships that went badly, and that’s a lot of it.

But Tessa in particular is in more than a bit of a “pickle” of her very own. She’s an excellent coder, she has serious skills in coding and design, but she’s a woman trying to break into a profession, a company and a gang that is an entirely male preserve.

She knows that she’s ready to level up her career and move from being merely the audio coder to a member of the engineering team. She’s been keeping her nose to the grindstone nearly 24/7 in the hopes that her talents will be recognized.

And it just doesn’t work that way. It should, but it doesn’t.

If Tessa wants to be recognized, she needs to put herself into a position where she can be known – at least a little bit. She needs to spend some time with her colleagues and co-workers and not holed up in her cubicle or her room.

Stepping outside of her comfort zone – and her walls – brings her the friendship of the geeky women who operate the geeky bookstore around the corner from the house. Tessa finds friendship and sisterhood with a group of women who are every bit as nerdy and geeky as she is herself. She belongs.

And she can help them as much as they can help her.

They need to win a fandom contest to say the bookstore. Tessa needs a gaming project that she can spearhead to bring herself the right kind of attention at MPG. And Adam needs to get over his high-maintenance ex by getting himself a girlfriend.

Those things shouldn’t quite go together. But they do. And it’s awesome, geeky romantic fun every level along the way. 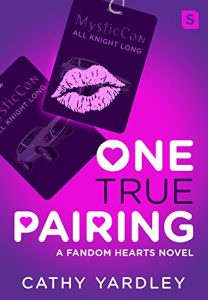 Escape Rating A-: There is just so much to love in the Fandom Hearts series, especially for anyone who is a bit of a geek themselves. The portrait of life at a game developer in Level Up, and the way that One True Pairing speaks to the heart of “shipping” are just so much fun.

This story succeeds on multiple levels – and they’re all a lot of fun.

The romance here is a geeky version of friends to lovers. Tessa and Adam are platonic roommates. They’ve worked together for a while and shared a house for a year. They’ve had a chance to get to know each other and they’re friend-ly without being close friends. It also seems like their bad breakups have insulated them from each other, keeping them from seeing each other as possible romantic partners.

There are, after all, plenty of professional pitfalls for Tessa if she gets romantically involved with a co-worker or even dresses like anything other than “one of the guys”. She’s in an awkward spot. And it’s a very real kind of awkward. Software development companies of all types are known to be sausage-fests. All guys, all the time, to the point where measuring whose is biggest is practically a daily event.

That the team lead of this particular development group is a known asshole to everyone but especially to women makes this scenario feel especially true to life. Tessa still wants in, but knows that she’ll have to prove herself every single day and pay for it with her career if she ever falls a bit short – even if that shortfall is something that a man would be forgiven for instantly.

So Tessa’s spearheading of this project for her new friends is ballsy. Necessary for her career. And a tightrope walk every minute. And we feel for her.

The romance is glittery icing on top of Tessa’s hard-working and hard-won cake. Adam has to both get over his ex and see her for the user that she really is. And that he and Tessa are good for each other because they already like each other for who they really are and not anyone they need to pretend to be.

And it’s lovely that they figure that out while snowbound – even if that particular part of the scenario felt a bit too close to real life this month!

For those of us who are geeky girls, Fandom Hearts is a series that demonstrates that we can be just exactly who we are and still meet cute and find romance without compromising on our love of all things nerdy.

BTW if the plot of One True Pairing reminds readers a bit of last year’s marvelous Spoiler Alert, just remember that One True Pairing was originally published in 2017. So if you like one you’ll love the other and definitely vice-versa. After all, we’ve all shipped the story of a romance between one of the characters we love – or the actor who plays them – and a real-life person more than a few times in our fannish lives, haven’t we? 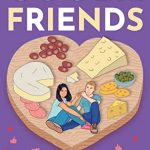 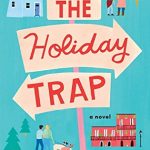 2 thoughts on “Review: Level Up by Cathy Yardley”