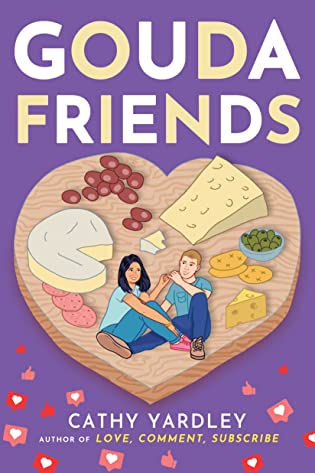 Two high school BFFs reunite and endeavor to fix each other’s lives in this geeky romance from the author of Love, Comment, Subscribe.
Tam Doan dumped her boyfriend after he threw away her gourmet cheese. Sure, it’s a little more complicated than that, but the point is, he had it coming. Newly single and unemployed, Tam calls up her best friend from high school and utters the emergency code word—goldfish. Next thing she knows, she’s on a plane back home.
Josh O’Malley was a troubled, unconfident teenager. Now he’s the successful owner of a multimillion-dollar ghost kitchen. Tam, his high school BFF and fellow member of the Nerd Herd friend group, was instrumental in building his self-esteem. When she calls him out of the blue, he jumps at the chance to return the favor.
Josh and Tam immediately get to work fixing her life—but again, it’s complicated. Their close friendship was always a lifeline between them; a blooming romance might confuse things. Still, at least one thing is for certain: their chemistry is un-brie-lievable.

The question isn’t “Who Moved My Cheese?” when Tam Doan trudges into the apartment she’s been sharing with her boyfriend for the past six years after a “terrible, horrible, no-go0d, very bad day” with a suitcase she never got to use for a business trip she got to arrange but not take with a company that has burned out her last nerve.

She expects to find her extra-special treat, her saved for emergencies gouda cheese shipped to New York City from her favorite premium cheese maker in Seattle in the back of the refrigerator. She does not expect to find her boyfriend of six years sleeping with his ex in their bed.

Howsomever, she finds the douchecanoe in the bed and no cheese in the fridge. And it’s the last of all the damn straws and her give-a-fuck is completely broken. She’s too tired, hangry AND pissed to notice whether her heart is broken as well.

All she’s certain of is that she’s outta there – for good. And that she feels free. Also broke, lonely and not sure where she’s going to spend the night because her ex has isolated her from all of her friends and she rightfully doesn’t trust their mutual friends – meaning his – as far as she can throw them. Or him.

So she calls her ride or die bestie from childhood, high school AND college, the one person who not merely promised to always be there for her but who has always delivered. She calls Josh O’Malley back home in Ponto Beach California (near San Diego) and uses their codeword for “Need help NOW!” And Josh delivers, as he always has and always will.

Even if part of the cheese that both of them still need to find is whether they can navigate their way into the relationship that everyone they grew up with has thought they had all along. 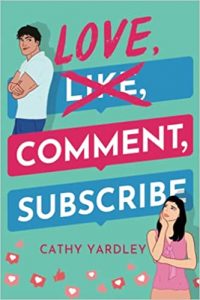 Escape Rating A: This friends into lovers with just a slight touch of fauxmance turned unexpected romance was a delight – and the inevitable cheesy lines and even cheesier jokes just added to the fun!

As funny as it is that Tam leaves her douchecanoe ex more over the cheese than the cheating, it’s not really about the cheese. Well, as it turns out, it kind of is about the cheese. In all the best ways all along the way of this delightful romance.

First, it’s about his lack of respect for Tam’s stuff, which is really just a symptom of his lack of respect for Tam’s whole entire self. It just takes the cheese to make her finally see it. Or finally admit it to herself. The relationship has been toxic all along, while Tam has made excuse after self-effacing, self-sabotaging excuse rather than admit that everything about her life in New York was a poor choice she backed into out of fear of failure.

Taking that impulsive, life-saving trip back to Ponto Beach is Tam’s chance at making a fresh start. All she has to do is find a new job and a place to live while ignoring her ex’s attempts to drag her back into his mess, along with the voices of her family telling her that she has to take any job in order to be safe and secure if never as successful as she should be. No pressure!

But what Tam NEEDS is to figure out what she really wants. It’s exactly what she did for Josh five years ago, when Josh hit rock bottom and she helped him find his own bliss. Now it’s his turn to help her – and he’s all in for it.

All they both have to do is find a way to preserve their life-saving and soul-deep friendship while moving it to the next level. A possibility that scares both of them more than half to death.

I picked up Gouda Friends because I loved the author’s Fandom Hearts series (start with Level Up and be prepared for a sweet, funny, geeky blast!). Gouda Friends feels like it takes everything I loved about that series and well, leveled it up. Josh and Tam – and their entire Nerd Herd – are geeky and nerdy in all the best ways, but now they are adults doing their best at adulting and still relying on the friends who have seen them through EVERYTHING in their lives.

One of the things I loved about this romance is just how huge a role friends and friendships play in their HEA. This is a romance with a GINORMOUS side of relationship fiction and the combination was just wonderful. It’s also terrific that as much as I loved the Nerd Herd, it’s not necessary to have read the first book in the series (Love, Comment, Subscribe) in order to get right into Gouda Friends. But now that I have read this one, I definitely want to read that. And the next book in this series, Ex-Appeal, hopefully later this year. There are plenty of Nerds in that Herd who still need to find their HEAs and I’m definitely here for it!

One thought on “Review: Gouda Friends by Cathy Yardley”