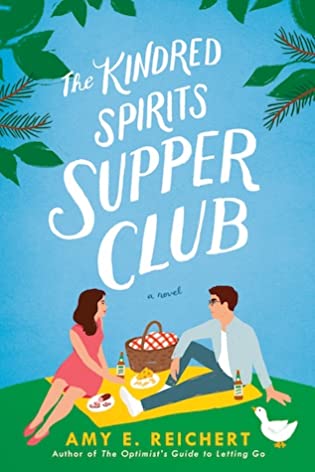 "A charming rom-com with a supernatural twist...Filled with a strong sense of place, mouthwatering descriptions of food, and a sweet love story (or two), Reichert's latest will surely delight readers." Booklist Starred Review
Named a Must Read for spring by Buzzfeed * Bustle * Booktrib * PopSugar * BookRiot * Midwest Living

Jobless and forced home to Wisconsin, journalist Sabrina Monroe can tolerate reunions with frenemies and kisses from old boyfriends, but not the literal ghosts that greet her in this heartwarming tale of the power of love and connection from acclaimed author Amy E. Reichert.
For Sabrina Monroe, moving back home to the Wisconsin Dells–the self-described Waterpark Capital of the World–means returning to the Monroe family curse: the women in her family can see spirits who come to them for help with unfinished business. But Sabrina’s always redirected the needy spirits to her mom, who’s much better suited for the job. The one exception has always been Molly, a bubbly rom-com loving ghost, who stuck by Sabrina’s side all through her lonely childhood.
Her personal life starts looking up when Ray, the new local restaurateur, invites Sabrina to his supper club, where he flirts with her over his famous Brandy Old-Fashioneds. He’s charming and handsome, but Sabrina tells herself she doesn’t have time for romance–she needs to focus on finding a job. Except the longer she’s in the Dells, the harder it is to resist her feelings for Ray. Who can turn down a cute guy with a fondness for rescue dogs and an obsession with perfecting his fried cheese curds recipe?
When the Dells starts to feel like home for the first time and with Ray in her corner, Sabrina begins to realize that she can make a difference and help others wherever she is.

The saying goes that “home is the place that when you have to go there, they have to take you in.” Sabrina Monroe, unemployed and in student loan debt hell way over her head, has to go there – no matter how much she really, really doesn’t want to.

Her parents are more than willing to take her in. The rest of the town, not so much. Or, at least not so much in the person of her lifelong arch-nemesis, who is happy to have Sabrina back in the Dells just so that she can continue her literally lifelong torture of the one girl in school who never begged to be part of her inner circle of bitches.

I have to say that part of the story was not my favorite.

What was lovely, however, was the relationship that Sabrina reluctantly develops, one-step-forward and two-steps-back, with Ray Harper, the new owner of The Otter Club, a restaurant and supper club that has been in his family – and in the Dells – so long that both are institutions.

A relationship that is pushed and pulled and connived at and encouraged, not just by Sabrina’s mother who wants her oldest daughter to come home, but by the Monroe family’s resident ghost, Molly.

The Monroe women see dead people. It’s their duty to help the recently deceased with unfinished business finish that business so they can actually rest in peace. Or in the light. Or wherever they go when they shuffle off this mortal coil and all the worries and responsibilities that go along with it.

Molly, dead since Prohibition, is an exception. Whatever unfinished business she has can’t seem to be resolved, so she sticks around and helps the Monroes do the work that only they can do.

So far, at least, it hasn’t been a terrible afterlife. Molly loves movies – especially romantic comedies. She wants her friend Sabrina to get her own happy ending – no matter how much baggage Sabrina has piled in the way. Little do either Sabrina or Molly know that helping Sabrina get out of her own way with Ray Harper will lead Molly to her own, long delayed but seemingly literal, happy ever after.

Escape Rating B: This is one of those books that drove me absolutely crazy, both in a good way AND in a bad way at the same time.

The good way took me on a bit of a search, because as I read I kept having that “I’ve read this before” kind of deja vu. The trip down reading memory lane was a whole lot of fun, as I managed to latch onto what this reminded me of so strongly.

For most of this story, Molly reads very much like Colleen, the genius loci of Stella Maris Island in Susan M. Boyer’s cozy mystery series that begins with Lowcountry Boil. Both Molly and Colleen are ghosts that protect their respective families, have limited ability to act in the real world, and do one heck of a lot of spying for their favorite people. Both also died young with unfinished business.

But the heart of the ghostly interactions in The Kindred Spirits Supper Club echoes the way that the paranormal talent that Clare Cermak the protagonist of Robin D. Owens’ Ghost Seer series finds herself inheriting a family gift for interacting with the spirit world and helping the recently and not-so-recently dead finish their unfinished business and “go towards the light”. Clare and Sabrina would have a lot to talk about, especially about the negative impact that “seeing dead people’ has on their social life, professional reputation, and opportunities for romance.

In the not so good way of driving me bonkers, while I know that Erika is supposed to serve as the villain of the piece, her behavior, especially the way it continued to the present day, read as much too far over the top. The amount of humiliation that she has put Sabrina through since grade school – and continues into adulthood – made for an uncomfortable read. As did the way that Ray’s parents treated him over his desire to stay in the Dells and continue to operate his late uncle’s supper club. The way that relationship resolved worked out for the best, but it middled in a way that was pretty damn nasty.

Your reading mileage may vary.

Even though I guessed the resolution of Molly’s story fairly early on, I still liked that part of the story and Molly as a character. I also enjoyed the strong sense of place that imbues this book – another similarity to the Lowcountry Boil series, BTW. In spite of living in Chicago for 20 years, I never visited the Dells as so many Chicagoans do. This story both made me wish I had and made me feel like I almost but not quite did.

I also felt for Sabrina, her love of her family combined with her conflicting desires both to be with them and to be as far away from the Dells as possible. Her retreats into herself, her panic attacks and her anxieties made her feel real and I liked her a lot. I wanted to see her happy as much as Molly did.

In the end, while there was one character/situation to hate, there was a LOT to love about The Kindred Spirits Supper Club. 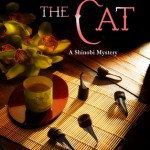 Review: Claws of the Cat by Susan Spann 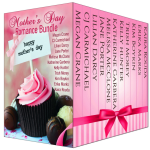 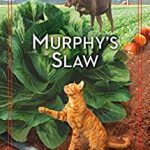