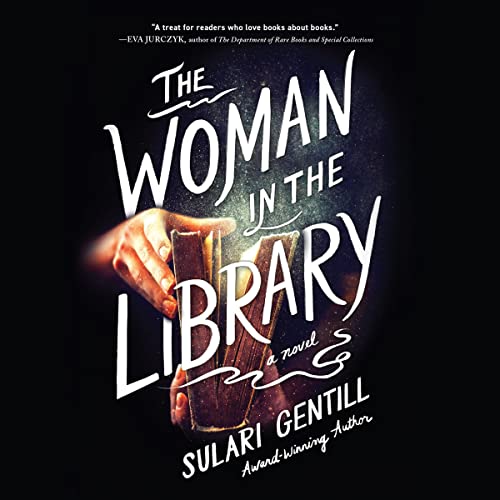 In every person's story, there is something to hide...
The ornate reading room at the Boston Public Library is quiet, until the tranquility is shattered by a woman's terrified scream. Security guards take charge immediately, instructing everyone inside to stay put until the threat is identified and contained. While they wait for the all-clear, four strangers, who'd happened to sit at the same table, pass the time in conversation and friendships are struck. Each has his or her own reasons for being in the reading room that morning—it just happens that one is a murderer.
Award-winning author Sulari Gentill delivers a sharply thrilling read with The Woman in the Library, an unexpectedly twisty literary adventure that examines the complicated nature of friendship and shows us that words can be the most treacherous weapons of all.

Mystery writer Winifred (Freddie) Kincaid is sitting at one of the long reading tables in Boston Public Library’s Central Library on Boylston Street staring up at the ceiling for inspiration for her next mystery. When the ceiling fails to inspire, she observes her neighbors at the long table, and begins constructing a story around her three nearest neighbors, who she labels “Freud Girl”, “Heroic Chin” and “Handsome Man”.

Then they all hear a scream from a nearby room. As they wait at their table for security to investigate, they strike up a conversation. The characters on Freddie’s page become real people to her, and the story of who they really are becomes the second story.

But there’s a story wrapped around that, as we see correspondence from a writer named Leo, who seems to be making comments on the story of Freddie and her three new friends, Marigold, Whit and Cain. Now Freddie isn’t the author, Hannah is the author and Freddie and her friends are just a story while “Freud Girl” and her pals are the story within the story.

However, we don’t see the mysterious mystery writer’s responses to Leo’s commentary, so we don’t know if Leo is really writing to a fellow author or if he’s just making it all up.

But we do read the chapters about Freddie and her new friends as they form a surprisingly tight little group. The more they learn about each other, the more we learn about them. Cain McLeod, AKA Handsome Man, is an author like Freddie. Whit Metters AKA Heroic Chin is a law student determined to fail in order to avoid spending the rest of his life under his mother’s thumb as a member of the family law firm, while Marigold AKA Freud Girl is a graduate psychology student who seems to be in love with Whit as well as obsessively intrusive about the entire group.

And then it all goes a bit pear-shaped, as someone starts sending threatening messages to Freddie. The situation escalates when Whit is attacked and Cain’s past as a convicted murderer is brought to light even as Freddie realizes that she’s in love with Cain as much as Marigold is with Whit.

But along the way the comments on the manuscript from the mysterious Leo get creepier and creepier. The reader starts wondering about just how much of everything is either going on in Leo’s head – or is being caused by the increasingly unhinged would-be author.

That’s when all the stories inside the stories all blow up at once and we finally are able to start winding the ball of string that we thought was rolling in a straight line – only to discover that we’ve been wandering through a maze all along. 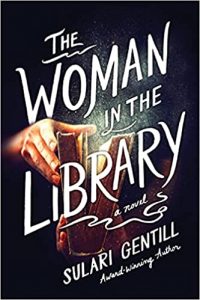 Escape Rating A: I would have loved to stick with the audio of this, because the narrator was doing an excellent job with the large cast and especially with all the accents. I just ran out of time and switched to the text. But the narrator was very good and I’d be happy to listen to her again. She did a particularly terrific Australian accent – unless she is Australian in which case she did several terrific and different American accents!)

That the narrator did such a good job differentiating the characters made it easy for the listener to distinguish who was speaking and or writing as the story twisted and turned. Because this is definitely one of those mysteries that twists and turns and doubles back on itself until the reader doesn’t know which end is up, down or sideways in the story, the story within the story, or even the story within that story. Or even which story is the story and which is supposed to be real life.

We don’t really see Freddie’s story about Freud Girl, Handsome Man and Heroic Chin, and at first it seems like Leo is commenting on the story we’re not seeing. That particular deception doesn’t last long, only for it to be replaced by questions about whether Leo is really communicating with his fellow author Hannah or whether he’s deluding himself and/or us because we never see Hannah’s side of the correspondence.

Once we do, the situation gets even crazier – and possibly so does Leo. At first his comments just seem very meta, literature commenting on literature. Then he seems obsessive and we start wondering whether he’s a true colleague or just a crazed stalker-fan. In other words, was the reference to Stephen King’s Misery a bit of foreshadowing or just a red herring?

But the story of Freddie and her new friends also gets more compelling – in spite of Leo’s increasingly creepy commentary. And even though we know that Freddie is a creation of some author’s imagination, we still become completely invested in her budding romance with a man who might be a serial killer. Or might just be the victim of an elaborate frame.

Freddie likens her own creative process to boarding a bus and watching as the characters drive that bus to a place or places unknown. Freddie’s story careens all over the road. She’s the only character we don’t suspect might be the murderer. There’s enough of a stew of clues and red herrings to make any explanation plausible.

Which is what makes this thing so damn much fun. We know it’s a story, so as much as we are invested in Freddie’s life, we also know it’s not real or serious. Leo, on the other hand, might possibly be both. Whatever conclusions we thought we had come to, in the end the resolution of all the mysteries is cathartic and surprising. It’s like arriving at the end of a roller coaster ride, smiling and laughing because it was fun not in spite of the thrills and near-spills, but because of them, even though our legs are still a bit wobbly as we depart. And because we feel just that tiny bit of astonishment that we survived everything that was thrown our way. Although there’s a ghost of a hint of a possibility that maybe neither story is truly over.

And isn’t that just a chilling way to end a mystery!

3 thoughts on “Review: The Woman in the Library by Sulari Gentill”