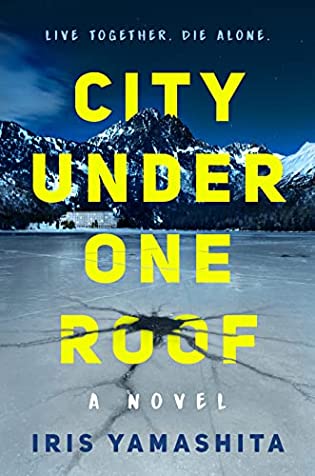 A stranded detective tries to solve a murder in a tiny Alaskan town where everyone lives in a single high-rise building, in this gripping debut by an Academy Award–nominated screenwriter.
When a local teenager discovers a severed hand and foot washed up on the shore of the small town of Point Mettier, Alaska, Cara Kennedy is on the case. A detective from Anchorage, she has her own motives for investigating the possible murder in this isolated place, which can be accessed only by a tunnel.
After a blizzard causes the tunnel to close indefinitely, Cara is stuck among the odd and suspicious residents of the town—all 205 of whom live in the same high-rise building and are as icy as the weather. Cara teams up with Point Mettier police officer Joe Barkowski, but before long the investigation is upended by fearsome gang members from a nearby native village.
Haunted by her past, Cara soon discovers that everyone in this town has something to hide. Will she be able to unravel their secrets before she unravels?"

When teenage resident Amy Lin finds hacked off human body parts along the shore, it’s more than a bit gruesome but it’s not exactly unusual. It is for Amy personally, but not in the grand scheme of life on the Last Frontier. “Death by Alaska” is a real phenomenon, where people die by doing stupid things that might be survivable in the Lower 48 but just are not in a place where humans are often the prey of both the wildlife and the weather.

(We lived in Anchorage for three years. Reading a newspaper story about a missing person identified through bear scat was not an uncommon occurrence.)

Amy and a group of her friends only found one hand and one foot encased in a boot. Not enough to identify or to determine cause of death. It looked like death by misadventure, part of a string of such cases washing up on shore up and down the coast.

But Anchorage PD Detective Cara Kennedy looks at the report and sees something that might be a link to the tragic deaths of her husband and young son just the year before. She heads to Point Mettier with her scene of crime investigation kit to see the actual scenes of the crime and interview the people involved in this case that everyone in Point Mettier believes is open and shut and dead and buried.

Cara’s investigation throws a gigantic monkey wrench into what “everybody knew”. First she finds the dead man’s head, buried in a local woman’s barn. Now the local two-man (literally) police department has something that can be identified as well as a clear cause of death. Somebody shot whoever-he-was.

Now everyone wants to see the back of Cara after she’s just reopened this truly messy can of worms (not that worms have actually gotten to the head in the middle of an Alaska winter). Cara wants to put Point Mettier in her rearview mirror, believing that this case, as terrible and terribly confusing as it might be, has no relationship to her family’s deaths.

But the tunnel has been closed by a raging storm, and Cara is forced to remain in Point Mettier with all those people she’s just seriously pissed off – and most likely a murderer as well. If not a whole damn conspiracy of people who are never going to trust the outsider stuck in their midst.

Their distrust may be justified, but in their collective desire to keep Cara in the dark it becomes clear that something, or someone, is hiding in that darkness as well – and that they are way more dangerous than anyone wants to believe.

Escape Rating A-: There’s a real “City Under One Roof” – Whittier, Alaska. Which is intended to sound a lot like Point Mettier, Alaska, the setting of the story. If it all sounds vaguely familiar, that’s because there were several stories about it on TV after one of the residents posted a series of TikTok videos about life in Whittier that went viral in 2021.

While Point Mettier is explicitly NOT Whittier, it does sit in the same geographic position as the real town, has the same weather, and the same single-point of access via a tunnel that shuts down at night and when the weather gets really awful. So it isn’t the real place exactly, but perhaps its twin. Not its evil twin, but absolutely a twin where evil happens.

Which leads back around to this mystery thriller. Just follow Denny the moose as he’s led around town on his leash.

Although Cara certainly finds a lot more clues by following Denny’s person, Lonnie – including that sawed off head that kicks the whole case into gear – frozen or otherwise.

So it’s not a surprise, either to Cara or to the reader, that the local residents are keeping all kinds of secrets from the outsider. It’s not implausible that there’s a coverup going on, whether of the murder, of the disposal of the corpse, of something illegal but completely unrelated, or all of the above. Cara knows there are secrets, and is sure she’s going to have to watch and wait and hope that someone will finally trust her enough to let her in on the ones she needs to know before the killer strikes again.

What she finds isn’t what she expected – but if it was there wouldn’t be much of a story. And there most definitely is a compelling story. While there is much about Point Mettier that strikes similar chords to other small town mysteries, the claustrophobic, isolated nature of Point Mettier added plenty of unique twists and turns every single shivering step of the way to whodunnit.

One of the things that I both really enjoyed about the story and that drove me a bit crazy as it was happening was just how much of the story is wrapped around Cara simply getting to know the residents. It was necessary but it was also more than a bit of the showcase of the quirky. Everyone had a personal secret, everyone seemed to be marching to the beat of a drummer who was marching out of step with the outside world but really in tune locally. It seemed like Point Mettier had become a haven for people who didn’t quite fit into even the rest of Alaska, which itself is a bit of an off the beaten path place to live.

I particularly liked the way that the mystery managed to both hinge on the kind of outsider that everyone in a small town mystery WANTS to have been the perpetrator while at the same time also feeding into the whole small town covers each other’s secrets trope. That was particularly well done. 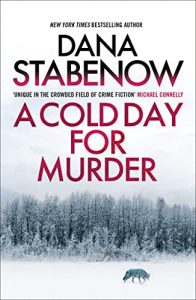 On my other hand, I’m not totally sure the slow burn romance between Cara and one of the local cops was completely necessary. The story was plenty compelling without wondering will they/won’t they.

And very much on my third, possibly frostbitten, hand, the explosive revelation at the end leaves the door open for more mysteries featuring Cara Kennedy as the detective – even if Point Mettier isn’t the setting. There’s plenty of room for another female detective in Alaska like Dana Stabenow’s Kate Shugak (start with A Cold Day for Murder). I’ll be very curious to see if Cara Kennedy will be back, and in the meantime I think I’ll check out what Kate has been up to.