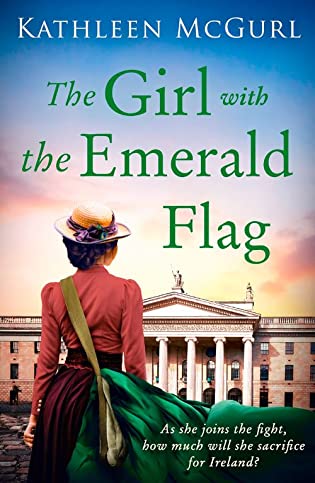 A country rebelling
It’s 1916 and, as war rages in Europe, Gráinne leaves her job in a department store to join Countess Markiewicz’s revolutionary efforts. It is a decision which will change her life forever. A rebellion is brewing, and as Dublin’s streets become a battleground, Gráinne soon discovers the personal cost of fighting for what you believe in…
A forgotten sacrifice
Decades on, student Nicky is recovering from a break-up when a research project leads her to her great-grandmother’s experiences in revolutionary Ireland. When Nicky finds a long-forgotten handkerchief amongst her great-grandmother’s things, it leads to the revelation of a heartbreaking story of tragedy and courage, and those who sacrificed everything for their country.
Inspired by a heartbreaking true story, this emotional historical novel will sweep you away to the Emerald Isle. Perfect for fans of Jean Grainger, Sandy Taylor and Fiona Valpy.

“Those that fail to learn from history are doomed to repeat it,” or so claimed both Winston Churchill and Nicky Waters, the late 20th century protagonist of this dual-timeline story about Ireland’s Easter Rising. But another quote about history, from another continent is equally apropos. As Martin Luther King Jr. said, “The arc of the moral universe is long, but it bends toward justice.”

The early 20th century heroine of this story, that girl with the emerald flag herself, Gráinne MacDowd, witnessed the bending of that arc from its beginning in the Eastern Rising to what seems like its right, proper and fitting ending in the signing of the Good Friday Agreement, bringing peace – more or less – between the Republic of Ireland and a Northern Ireland still controlled by Britain.

But it all begins, or at least this version of it, with a college student both being rebellious and studying rebellions, and her great-grandmother – who she calls Supergran (best name for a great-grandmother EVER) – who was in the rooms where a lot of a real and significant 20th century rebellion happened.

And has a story that she has been waiting nearly a century for someone to finally want to hear.

Escape Rating A-: Nicky Waters and Gráinne MacDowd are the same age at the opposite ends of their century. It’s only Gráinne’s long life and continued good health and mental acuity that allows this story to happen.

(It’s more plausible than one might think. A friend’s grandmother, not even his ‘Supergran’, crossed the US in a covered wagon with one of the last of the wagon trains and lived to see Neil Armstrong walk on the moon.)

This story is told in two timelines. In 1998, the year that the Good Friday Agreement was, well, agreed to, Nicky Waters is a bit spoiled, a bit selfish, a lot self-indulgent, and trying to stretch her wings at uni. It’s her need for a project on historic rebellions that kicks things off – even though she resents her mother’s suggestion that Supergran’s experiences would make a fantastic springboard for her project.

But then, she resents her mother a lot at this point in her life. They love each other but don’t seem to be sympatico at all. Some mother-daughter relationships just go that way.

The heart of the book, both literally and figuratively, is Gráinne telling her story to Nicky. And telling it to the reader as she does.

Gráinne’s story takes place over an intense period of time from the fall of 1915 when she becomes the right-hand-woman of Countess Constance Markiewicz (see quote and picture above) through the Rising itself in its glory and its inevitable defeat. And its immediate aftermath, the nights when the survivors huddled together in Kilmainham Gaol and the mornings when they heard but could not see their leaders facing one firing squad after another.

Gráinne’s story brings Nicky up short, letting her see that rebellion without good purpose has no meaning. Nicky’s turnaround was a bit abrupt, but the harrowing events that her Supergran lived through make the story shine – even if sometimes with tears.

What makes this story so touching – although that’s nearly a big enough word – is the way that it allows the reader to experience this history making and in some ways history shattering event in a way that brings the Rising and the people who gave their lives for it to vivid life.

Gráinne and her beau Emmett are the only important characters in the story who are fictional. All of the leaders of the Rising are presented as they were, and this event is more than close enough in history that documentation exists for much of what Gráinne saw, heard and felt. Including the heartbreaking jailhouse wedding between Joseph Plunkett and Grace Gifford. (I honestly expected that to be a bit of literary license but it was NOT.)

Gráinne as a character reads as both plausible and aspirational. Women really did all the jobs she performed during the Rising, and she makes the reader hope that they would have done as well in the same cause. At the same time, her example leads her great-granddaughter to do and be better, by example and not by exhortation.

Any reader who loves historical fiction, or has any interest at all in Irish history and the Easter Rising will fall in love with The Girl with the Emerald Flag as much as I did. This story is terrific, and it’s told in way that both tugs at the heartstrings and practically compels the reader to look for more.

One final note. That arc of history is still bending. In the Good Friday Agreement, the politicians on both sides basically finessed some of long-standing issues through both countries’ membership in the European Union. Brexit brought many of those issues, particularly the economic ones – as well as questions about how to deal with the border – back to life. While this is not exactly part of this story, considering that it ends when it does as a way of attempting to close the circle, it’s difficult not to point out that the circle keeps on turning. 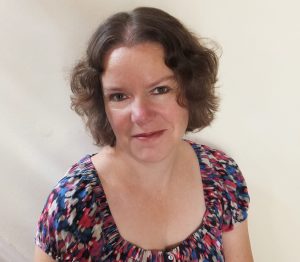 Kathleen McGurl lives near the coast in Christchurch, England. She writes dual timeline novels in which a historical mystery is uncovered and resolved in the present day. She is married to an Irishman and has two adult sons. She enjoys travelling, especially in her motorhome around Europe and has of course visited Ireland many times. 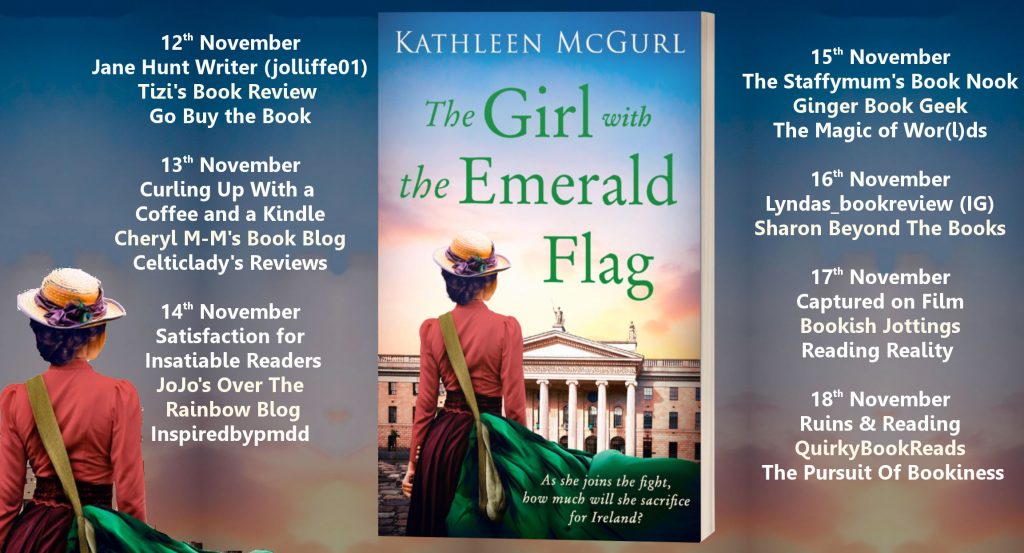