From the cover of Assassins in Love by Kris DeLake, I was expecting something along the lines of Mr. & Mrs. Smith, or maybe Shana Galen’s Lord and Lady Spy. I didn’t examine that cover picture closely enough to notice the details; that gun he’s holding is some kind of blaster pistol. And Kris DeLake is Kristine Kathryn Rusch’s newest pen name.

Ms. Rusch writes science fiction as under Rusch, and romance under the name Kristine Grayson. The new name represented a new direction. As I started the book, I wondered what direction it would be.

Assassins in Love begins with what would be a “meet cute” for a pair of hired killers. He helps her shove a body out an airlock on a luxury cruise ship. In space, of course. Hence the airlock. 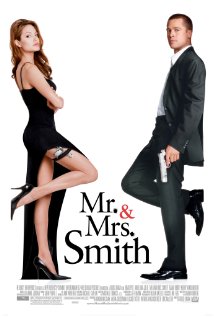 Unlike Mr. & Mrs. Smith, Rikki and Misha are not married to each other before they meet over the corpse. But they have met before. Just once. And Rikki has repressed that memory completely. For a very good reason.

Misha has been hunting Rikki down for a totally different reason. They are both assassins, but he is a member of the Guild, and Rikki operates alone. Or maybe she’s a member of the rogue group that is targeting the Guild. Misha doesn’t know for sure.

What he does know is that Rikki doesn’t follow the rules he lives by. She isn’t licensed to kill. Or properly trained to clean up her messes. And every mess she makes recently seems to get traced back to him. Not that he can’t get himself out of her problems, but he’s pissed about it. He wants her to clean up her act, and join the Guild.

But when they meet, all Misha can think of is that he wants her.

That dead body they just shoved out the airlock? Distracting the security guards from the airlock alarm is the perfect excuse to pretend Rikki is his date, just for a few minutes, no make that hours. Making a show of sex-crazed, drunken party-goers fools the guards into thinking they are harmless.

Only one problem. The sex-crazed act is no act, for either of them. And it’s not just sex. Nor does it wear off in the morning, like it would if someone had slipped one of them an aphrodisiac. It’s real, whatever it is.

Until Rikki finds out who Misha really is. Not just that he’s a member of the Guild, but specifically who he is. His mother assassinated her father. Misha was there that night, and so was Rikki. She just spent one perfect night with the man who helped murdered her father. The man whose mother broke nearly every bone in her body. While he stood by and watched.

Rikki escapes from the ship, entangling Misha with security as best as she can behind her.

But Misha comes after her. He has to tell her the truth. Her childhood memory of the event is not what really happened.

But as they explore their past and see if they might possibly have a present, they take on a job together to see if they can find a way to trust each other. Little do they know that they have been caught in a web of destruction intended to bring down the entire Assassins’ Guild!

Escape Rating B: The Assassins Guild takeover plot is kind of a caper/suspense twist. It gets wrapped up pretty fast at the end, but at the same time, it’s part of the set up for the Assassins Guild series. Maybe now that the Guild is established in readers’ mind, there won’t be a need to have another mutiny?

Knowing that Rusch was the author may have set the bar higher than this story is intended to reach. I love her Retrieval Artist series, but lost interest in the romance series she writes under her Kathryn Grayson name. YMMV.

Assassins in Love mixes a caper plot with a science fiction romance with some heavy backstory about suppressed memories and trust issues and surviving abuse. For the story, Rikki and Misha needed to both be assassins and Rikki needed to have the kind of issues she did. I wonder if making the issues as bad as they were and specifically related to Misha was a little too heavy for a romance that felt like it was meant to be the lighter part of the plot?

2 thoughts on “Assassins in Love”