The MineFields by Steven C. Eisner is one of those books that will keep me thinking, long after I’ve finished it. The author blurred the line so often between his own life story and that of his character that I’m not sure whether this story was really fiction, or whether the names were just changed to protect the author from any more lawsuits.

The story itself compels, but in the same way that watching an accident compels. The author’s bio lets the reader know from the beginning that the main character’s business success, and subsequent doom, mirrors his own. You know going in there’s going to be a crash and burn. And you can’t stop yourself from watching for the signs.

The story begins with a death, and then is told as a kind of flashback. Sam Spiegel is waiting at his father’s bedside at the hospital. And this final time, Harry Spiegel isn’t coming home. His father survived the Holocaust, but his bad heart finally does him in.

And with Harry gone, Sam begins to lose the advertising agency that his father created, and that Sam has owned for several years. Sam takes it to the top, and then he falls, all the way down.

It’s been compared to Mad Men, which is also an advertising agency story, but Mad Men is about the 1960’s, and The MineFields is about the 1980s, 1990’s and post 9/11. Spiegel, and his creator Eisner, are both Baby Boomers.

The MineFields is much more about family, and family business, and what happens when it all goes to hell in a handbasket. Sam’s father starts the business when he comes to America after the Holocaust. He keeps everything tightly controlled, which probably doesn’t help his heart any. Harry is proud to be able to hand things over to his son, but the loss of control strains the family.

Family businesses strain family relationships — that theme recurs in the book — and with increasingly disastrous results. That’s part of the big train-wreck the reader knows is coming.

Spiegel’s story pulls the reader in because it has such immediacy. He’s telling you his life story, and it feels one-on-one. But, he’s the star. All the other people in his life feel like bit players. And that may be why things ended up the way they did.

Read it for yourself and see. Sam, or is it Steven, spins a good story. But you’ll have to decide for yourself whether you’re sold on his version.

Escape Rating B-: I couldn’t stop reading. That’s always the first test, and The MineFields definitely passed. I find myself questioning why he did what he did, and then wondering which “he” do I mean, Sam or Steven? I’m still thinking about it.

There was a lot of name-dropping. The author used names of real people and real advertising firms and accounts, except for a choice few. It made me wonder about the ones that were changed. I can guess who they really are, but the changes are probably significant, at least in the legal sense. The line between fact and fiction felt razor-thin in those cases.

And because I keep wondering how much of Steven is in Sam, I can’t help but have a question about the ending of the book. At the end, things are looking up for Sam. Is that just fiction? Is that wish-fulfillment? Or is that part of the “true” story behind the book?

To read more of my thoughts on The MineFields, head on over to The Book Lovers.

The Devil of Jedburgh 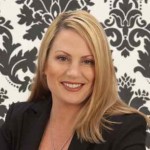 The Night is Mine 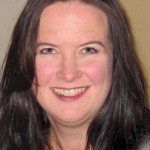 Interview with Author Jeffe Kennedy on Writing in the Mist