My very special, and very, very funny, guest today is Christine Bell. Christine is here to celebrate the release of the second book in her Dare Me series, Down and Dirty, with a Top Ten list that probably says a lot about Christine’s sources of inspiration. If her list doesn’t inspire, maybe her stories will dare you. Check out my reviews of Down for the Count and Down and Dirty to see just how daring Christine can be!

Christine, take it away! 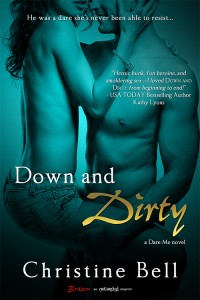 Thanks so much for having me, Marlene! I’m thrilled to be here as part of the Down and Dirty Blog Tour. *drags in over-stuffed duffel-bag* *thunks it on the floor* I brought a LOT of stuff with me. *looks around* Nice digs you’ve got here, by the way. So where to begin?

First, I come bringing a CONTEST. *rifles through bag, pulls out CONTEST* It’s an awesome one, especially for readers who like clothes and shooz! My main character, Cat Thomas, is a fashion designer, and as such, she’s always decked out in the hippest fashions. Want to dress like Cat? Click on the rafflecopter and see all the ways that you can enter to win a $300 shopping spree at the clothing retailer of the winner’s choice! 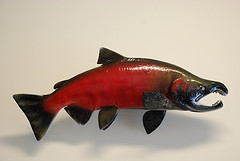 The second thing I brought *digs through bag* *pulls out whole salmon* *frowns* *tosses over shoulder* Ah! Here it is. *holds up EXCLUSIVE EXCERPT proudly* A short, exclusive excerpt of Down and Dirty, which is the second book in my Dare Me series. Check it out, and stick around to see the THIRD thing I brought. (You will like it. Pinky swear. So will your husband or boyfriend).

Okay, so this is one of my FAVORITE scenes, where Cat has decided the best way to get over Shane is to fix him up with someone else. They’ve signed him up for an online dating service, and Cat is starting to realize maybe this wasn’t the best idea…

Forty-five minutes later, their bellies full of beef stew sopped up with thick slabs of buttered sourdough bread, they sat back in front of the computer with their coffee and Cat logged in.

“Okay, it looks like you’re in.” She clicked on his profile and the desktop dinged. “And you have a message. Probably them welcoming you to the site, maybe some tips about how t—”

Before she could finish, it dinged again. Then again.

“Maybe they have a welcoming committee,” Cat said, clicking into the message center. Eleven new messages stared back at them, one of which was indeed a welcome from the president of MeetMyMate.com. The rest had numbers next to the subject lines, along with tiny thumbnail pictures.

All of them of women, lining up for a piece of him. Nuts.

“Well,” Cat said brightly, pushing away from the table to let him get in front of the screen. “Seems like there was a hole in the market for someone like you at this place. You’re a hot commodity already.”

“How will I know that from one message?”

“You won’t. But at least we can weed some out. The maybes we can put into a separate folder, and then the yeses you can set up short dates with.”

“Jesus H., can you turn that thing off?” she snapped. “It’s very distracting.”

He didn’t care that she sounded like a shrew, because her reaction could only mean one thing. She was jealous. Satisfaction surged through him, and he vowed to redouble his efforts.

“Sure thing.” He lowered the speakers, then clicked on the first message in the list. “Deedee Coruthers.”

An image of a waifish blonde filled the screen. Cat looked at it for a long moment, lips pursed. “Hmm…don’t you think her right eye looks lazy? Like it’s not really up on what the left one’s doing, and doesn’t care much to find out?” She made her eyes go slightly crossed. “It’s off-putting in person, I bet, because you don’t know which one to look at.”

He looked at the photo more closely, and while Deedee wasn’t a stunner, she didn’t look cross-eyed. More like tired. “I guess a little…”

She didn’t pay him any mind, already moving along to the next one. “Let’s see, what about her? Sara Mitchell. She calls herself an artist. That probably means she doesn’t have a job. She’s also a vegan, which means you’d have to deal with her meat-shaming you.”

He’d never been meat-shamed before. It sounded bad.

“And she probably does macramé,” Cat continued. “So that crap will be hanging all over your house before you know it.” She x-ed out Sara and pointed to another photo a few messages down. “She looks nice.”

“Her?” he asked incredulously, sliding the cursor to blink under a masculine face.

“Yeppers. She’s got an honest smile. I like that.”

“Greta Doyle,” he recited, clicking to enlarge her photo, which only succeeded in making her look even more like a man. “She likes sailing, waterskiing, and backpacking. Her favorite show is Nancy Grace, and she works as an occupational therapist.”

“Sounds perfect for you.”

So what did you think?! Cat really stepped in it this time, right? Okay, so I hope you enjoyed the all the thingz, and that brings me to my third and final thing, which I predict will be the MOST useful (aside from the salmon):

If this doesn’t get things cookin’, I don’t know what will!

And a bonus one (because my husband is reading over my shoulder and MADE me add it).

Question for the readers! What should I add to that playlist???? 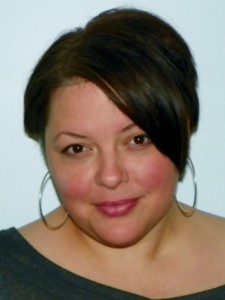 Christine Bell is a romance author and also writes erotic romance as Chloe Cole. She and her handsome hubby currently reside in Pennsylvania with a four-pack of teenage boys. If she gets time off from her duties as maid, chef, chauffeur, or therapist, she can be found reading just about anything she can get her hands on, from Young Adult novels to books on poker theory. She doesn’t like root beer, clowns or bugs (except ladybugs, on account of their cute outfits), but lurrves chocolate, going to the movies, the New York Giants and playing Texas Hold ‘Em. Writing is her passion, but if she had to pick another occupation, she would be a pirate–or, like, a ninja maybe. Christine loves to hear from readers, so please contact her through her website. You can also find her on her blog, Twitter, Facebook, and Goodreads. 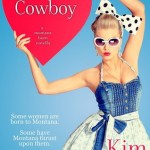 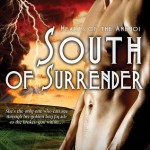 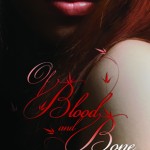 Friday Teaser: Of Blood and Bone by Courtney Cole