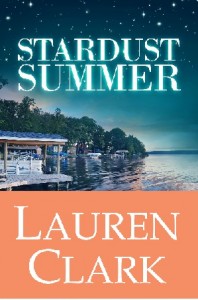 Single mom Grace Mason doesn’t believe in miracles, magic, or love at first sight. She likes the quiet life, complete with her eight-year-old son, their tiny house, and her teaching job. For Grace, happiness means that nothing much ever changes in Ocean Springs, Mississippi.

Then, one thousand miles away, tragedy strikes. A massive heart attack leaves Grace’s estranged father comatose in an Upstate New York hospital. While a team of doctors fight to keep Henry Mason alive, Grace and Evan rush to his bedside to say their final goodbyes.

Henry’s passing brings little closure for Grace, but she finds herself inexplicably drawn to her new surroundings. What begins as a short trip results in an entire summer spent with Henry’s second wife, Kathleen, and her next-door neighbor, Ryan Gordon, the town doctor. When a series of unlikely events lead to Evan’s disappearance, Grace must face her worst fears to find her son and bring him back home.

Stardust Summer explores the complexities of forgiveness, what it means to be a family, and the fabulous possibility of falling in love—again.

Stardust Summer is about all of those things. It’s about thinking that there will always be time to say good-bye, and then discovering that there isn’t.

It’s about being playing it safe, because taking risks involves the risk that you might get hurt.

And discovering that you get hurt anyway.

Two women’s lives are connected by one remarkable man. Henry Mason was lucky. He loved his first wife, and mourned her when she died. Then he fell in love with her best friend, and happily married her.

His daughter Grace never forgave him for finding happiness with Kathleen. The woman she blamed for her mother’s death. The woman she still blames, over a decade later.

That blame kept her from visiting her father, kept him from having the relationship he could have had with her son, his grandson.

Henry Mason is dead. At 57, of a sudden stroke. Grace can’t go back. Only forward.

Kathleen is lost. She needs Grace. She needs Evan, the only grandson she will ever have. Kathleen loves them both, but can’t find a way to bridge the years, the resentments, the loss.

She wants to. So very much.

And next door, Ryan Gordon. Henry’s doctor. Henry and Kathleen’s friend. A man who came to upstate New York with the intention of building a practice and forgot to build a life. His wife left him. He wants a second chance.

With Grace. But for there to be a future, Grace has to let go of the resentments in her past, and embrace the joys, and even the heartaches, in today.

All in one summer that might just be filled with stardust.

Escape Rating B+: Stardust Summer is a captivating story. It worked best for me when it focused on the stresses and strains of Grace’s and Kathleen’s relationship, because there was so much there to be worked through!

Grace has been so closed off, and she really had a ton of stuff to deal with, not just with Kathleen but the why of what kept her away from her father and from his home in upstate New York. She had frozen herself and her career in a rut after her mother’s death and a disastrous relationship.

I think there could have been even more angst and it would have worked in the story.

The love story between Ryan and Grace could have used a bit more heat, or it didn’t need to be as prominent in the last third of the story. Ryan’s regrets about the breakup of his marriage were portrayed well, and I liked the way his sincere grief over Henry was handled. He definitely needed to be involved with Kathleen and Evan, but the love story either needed to be a LOT more, or to remain as merely potential.

The heart of this story was Grace and Kathleen finally coming together, and Grace moving past the “stuck point” she had been frozen in for so many years. They are remarkable women, and I enjoyed sharing their story. 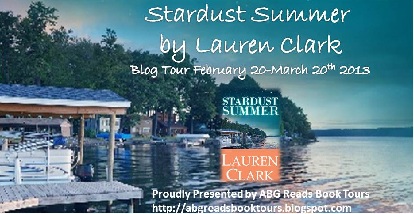