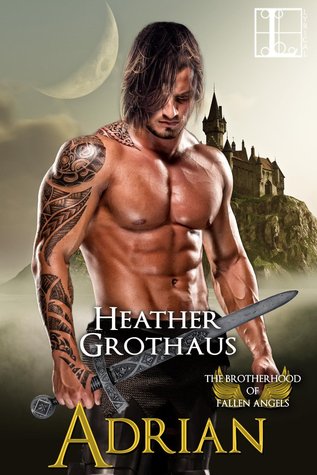 In the medieval Holy Land, four brave Crusaders fight tyranny and betrayal. They are the Brotherhood of Fallen Angels—and one by one, they may discover that love is the greatest adventure of all…   From palaces and cathedrals to fortresses, Adrian Hailsworth’s engineering genius is evident across the land—including the castle of Chastellet. But a bloody siege has left the stronghold, and Adrian, in ruins. Now a wanted man, he is forced into hiding at The Brotherhood of Fallen Angels Abbey, his brilliant mind plagued with nightmares, his spirit broken—until Father Victor presents him with a fiery redhead in need of help only Adrian can give…   Maisie Lindsay is the lady-in-waiting to the Queen of Wyldonna, a small kingdom off the Scottish coast that is being blackmailed—by none other than the Brotherhood’s most treacherous enemy. The only chance of saving Wyldonna lies in unearthing its vast fortune, hidden within a labyrinth of deadly traps and secret passages. The challenge enlivens Adrian—as does the passion Maisie ignites. But she is far more than she appears, and the truth may force Adrian to sacrifice his heart’s longing to save her, before it’s too late for them all…

Not quite, but almost. For those who have never seen the play or the movie, Brigadoon is the story of a group of American tourists who stumble over a magical village in the Scottish Highlands that only appears once a century, and vanishes back into the mists at the end of its single day in normal time.

The mystical kingdom of Wyldonna is equally magical, and also equally Scottish. However, it sounds like Wyldonna is set closer to the Orkney Islands than in the actual Highlands. Wyldonna is certainly an island off the coast of Scotland in this story.

Unlike Brigadoon, Wyldonna emerges from its concealing mists four times per year, on the equinoxes and the solstices. Also unlike Brigadoon, not all, even not most of its inhabitants are humans.

Adrian is also a “magic goes away” type story. In this version of Europe during the Crusades, all of the magic in the world is locked away on Wyldonna. And like the magical kingdom of the Tala in Jeffe Kennedy’s marvelous Twelve Kingdoms, only those from Wyldonna or accompanying someone from Wyldonna can find their way in. And also like the Tala, the complete separation of magic from the rest of world is resulting in difficulties on both sides of the equation. The lack of magic is harming the regular world, and the bottled up magic is too much for Wyldonna.

The crisis that is coming is brought by the villain of the Brotherhood of Fallen Angels series, Glayer Felsteppe, who in addition to having a horrible name seems to have more lives than a cat, and all of them misspent. 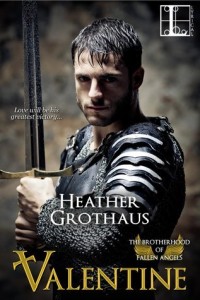 In the first book in this series, Valentine (reviewed here), we were introduced to the world of the Brotherhood of Fallen Angels, the mess they are in, and the lengths they will go to to clear their names of the stain of treason. They did not betray their fortress to the Saracens – that crime belongs to Felsteppe. He and his Saracen ally arranged for the fall of the fortress and the messages to Saladin and Richard the Lion-Hearted that the Brotherhood was responsible. The Brotherhood was not supposed to survive their subsequent torture by the Saracens, but then the best and worst laid plans often go astray.

In their exile, they have all been condemned as traitors. They are all cut off from the families and friends, except each other. They have all vowed to see their enemy’s head on pike, or otherwise separated from his body. So far, they have wounded the bastard, but he keeps surviving to hunt them another day.

In this second entry in the series, it is engineer Adrian Hailsworth’s turn to leave their sanctuary in the hopes of putting paid to Felsteppe’s account. A servant of the Queen of mythical Wyldonna comes to the Abbey asking for aid. The queen needs an engineer to search her castle for a mysterious treasure. A treasure that Felsteppe is planning to pick up, personally.

Adrian believes none of the stories of Wyldonna, and he doesn’t care. He is certain he can find any secrets that any building might be holding. And he’ll do anything for a chance at Felsteppe.

But while Adrian may not believe in the magic of Wyldonna, the magic believes in him. His coming was foretold, as was the death of the Queen who lied to him, lured him to her kingdom, and has come to love him above her own life.

Escape Rating B+: I enjoyed Adrian every bit as much as I did Valentine, but it is a completely different type of story. In Valentine, we have a mad romp across Europe, with the worldly hero and the sheltered heroine falling in love as they escape danger over and over. Valentine is forced to rescue Mary multiple times, both because he doesn’t tell her everything that’s going on and because Mary tends to rush in where angels fear to tread.

In Adrian, the situation is reversed. In Valentine, the journey was the point of the story. In Adrian, it’s the destination that matters. Also, where in Valentine he was constantly rescuing her, in Adrian it is the other way around. Because Adrian is a man of science, even 12th century science, he only believes in what he sees. He does not believe in the very real magic of Wyldonna, no matter how many times it hits him over the head. So, even though Maisie and her brother Malcolm repeatedly warn him not to do certain things or go certain places because of the magic, Adrian bull-headedly ignores them. Maisie, Malcolm and the giant caretaker Reid all end up pulling Adrian out of the frying pan that he has thrown himself into at one time or another.

Adrian’s visit to Wyldonna has been prophesied for centuries. Not him personally, but yes, him. After his torture by the Saracens, in his subsequent rescue Adrian got tattoos to cover all his scars. His extensive tattoos have transformed him into the “Painted Man” of Wyldonna legend, whether he believes it or not.

All in all, Adrian is a terrific magical adventure with a lovely twist of romance. The way that the author wove the magic of Wyldonna into the story added to my very willing suspension of disbelief. It’s the kind of magical mystery that the reader wants to be true. 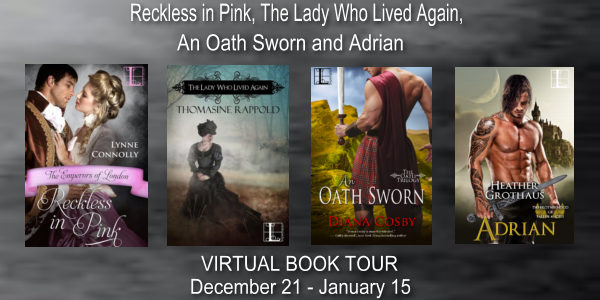 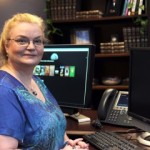 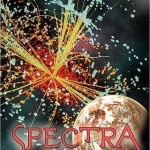 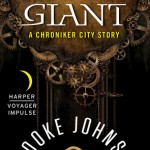 Review: The Tea Shop on Lavender Lane by Sheila Roberts

One thought on “Review: Adrian by Heather Grothaus”