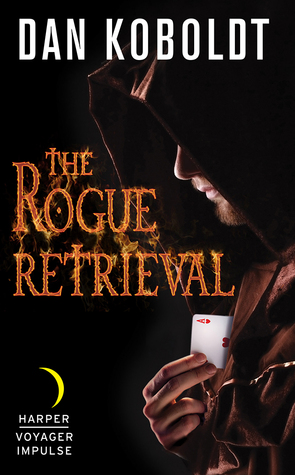 Sleight of hand…in another land.
Stage magician Quinn Bradley has one dream: to headline his own show on the Vegas Strip. And with talent scouts in the audience wowed by his latest performance, he knows he’s about to make the big-time. What he doesn’t expect is an offer to go on a quest to a place where magic is all too real.
That's how he finds himself in Alissia, a world connected to ours by a secret portal owned by a powerful corporation. He’s after an employee who has gone rogue, and that’s the least of his problems. Alissia has true magicians…and the penalty for impersonating one is death. In a world where even a twelve-year-old could beat Quinn in a swordfight, it's only a matter of time until the tricks up his sleeves run out.
Scientist and blogger Dan Koboldt weaves wonder, humor, and heart into his debut novel, The Rogue Retrieval. Fans of Terry Brooks and Terry Pratchett will find this a thrilling read.

The Rogue Retrieval is a terrific example of what is called “portal fantasy”, where a magical portal opens between our world of the mundane and another world where magic is operational.

Admittedly, the magic of the portal itself may be of the Arthur C. Clarke variety, where “any technology sufficiently advanced is indistinguishable from magic” as it may be in this case. Or it can literally be a magic portal, like the famous wardrobe in C.S. Lewis’ Narnia series.

So there is a viewpoint where The Rogue Retrieval can be considered Narnia for adults. Without Aslan.

In the case of The Rogue Retrieval, the portal is a literal portal between our world and the world of Alissia, where not only does magic work but where the human population is not as technologically advanced as in our world. It feels like late Renaissance or very early Industrial Age, maybe the technological equivalent of our late 1700s and early 1800s, but that is totally opinion. It might be our 1600s, but it isn’t any later than the 1800s as the industrial pollution produced in copious amounts in our Industrial era is not present.

And of course the pristine nature of Alissia, along with the seeming lack of sophistication of its inhabitants, is part of its “charm” to two rival corporations; CASE Global and Raptor Tech.

CASE Global controls the portal, and they have a problem. One of their anthropologists has gone missing, along with a backpack full of advanced tech that is not supposed to be taken to Alissia. In other words, they have a rogue agent who has violated the equivalent of the Prime Directive.

And that’s kind of where our hero and point of view character Quinn Bradley comes in. Quinn is a stage magician, and a pretty good one. He’s just about to get his big break when CASE Global intervenes, and threatens him with economic ruin and bodily harm if he doesn’t come to work for them.

These are not nice people. They threaten Quinn’s life and future, and that of pretty much every person he is in contact with; his friends, his business associates, his remaining family, the population of his hometown. The iron hand in the velvet glove is so literal that its adamantium claws stick out of the glove.

Of course Quinn goes along. He has no choice. But he is also looking forward to the adventure, even if the information he is provided with is woefully scanty in its details. He’s not so much in it for the quest as for the experience. For the stage magician, Alissia represents a whole new audience.

With one big catch. On Alissia, magic is real. And magic practitioners are even more jealous of their rights than Quinn’s Vegas competition. Pretending to be a mage is a death sentence on Alissia, and those “nice” folks at CASE Global know that they are potentially throwing Quinn under the bus (or carriage) if he’s caught.

Unless the stage wizard turns out to be a real magician after all.

Escape Rating B+: I really liked this story, but the antecedents were just a bit too obvious to make it an A. It is, however, a wild and very fun ride from beginning to end.

The story in The Rogue Retrieval reminded me of three different books, all of which I loved very much, but which combine here into a whole that so far works well. It will be interesting to see how the issues get resolved in the future stories that I really hope are coming. Quinn Bradley’s story definitely isn’t over.

When I first read the premise for this story, it looked like a mirror image of Dark Magic by James Swain (reviewed here). In that story, the protagonist is a stage magician on our world who uses his identity as a master illusionist to conceal his very real identity as a practicing wizard.

But as I got into the story the one that it reminded me of most strongly is S.M. Stirling’s Conquistador. Also a bit of Charles Stross’ Merchant Princes series, but mostly Conquistador. In Conquistador, a portal is discovered between our world and an alternate version of our world that is several centuries removed in the past. In the world of Conquistador, the contemporary discovers find themselves in America before the colonial empires, and set themselves up literally as conquistadors, conquering the world with advanced technology, enslaving the natives, and exploiting the natural resources.

While that hasn’t happened YET in The Rogue Retrieval, there are all kinds of glaring and blaring signs that it is the direction that the rival corporations are headed, and possibly that the reason their agent went rogue was to get himself in a position to prevent the rape of Alissia, or at least provide it with ways to fight back.

The third part of the story reminded me of L.E. Modesitt’s first Imager book. In that story, a grownup discovers that he is a mage, and has to learn how to master both his powers and the drastic change in his life. At the same time, he is attending classes with children, and having to unlearn the life he knew. But he brings his adult experience and expectations to the table. In both cases, the protagonist is still young and flexible enough to learn, but too mature to indoctrinate. (There’s a reason that the Armed Forces like to recruit 18-year-olds!)

Throw those elements into a classic portal-fantasy quest, and you have The Rogue Retrieval. A relatively young man discovers he is a real mage, long after anyone believes that could be possible. A new and pristine world is ripe for the plucking, and forces are arrayed to begin to pluck, with all of the attendant evils of colonialism lined up to march over the place.

And that rogue agent who started it all is still out there, positioned much, much more strategically than anyone expected.

The next book in this series (oh please let there be a next book!) is set up to be marvelous. 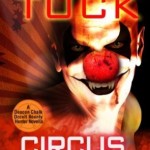