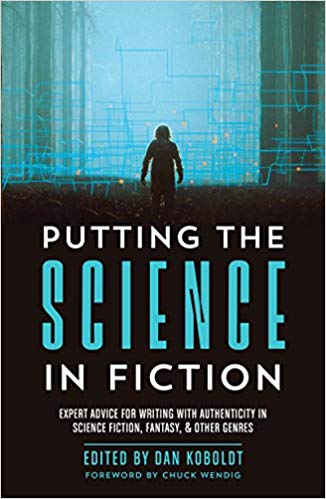 Science and technology have starring roles in a wide range of genres–science fiction, fantasy, thriller, mystery, and more. Unfortunately, many depictions of technical subjects in literature, film, and television are pure fiction. A basic understanding of biology, physics, engineering, and medicine will help you create more realistic stories that satisfy discerning readers.

This book brings together scientists, physicians, engineers, and other experts to help you:
Understand the basic principles of science, technology, and medicine that are frequently featured in fiction.
Avoid common pitfalls and misconceptions to ensure technical accuracy.
Write realistic and compelling scientific elements that will captivate readers.
Brainstorm and develop new science- and technology-based story ideas.
Whether writing about mutant monsters, rogue viruses, giant spaceships, or even murders and espionage, Putting the Science in Fiction will have something to help every writer craft better fiction.

Putting the Science in Fiction collects articles from “Science in Sci-fi, Fact in Fantasy,” Dan Koboldt’s popular blog series for authors and fans of speculative fiction (dankoboldt.com/science-in-scifi). Each article discusses an element of sci-fi or fantasy with an expert in that field. Scientists, engineers, medical professionals, and others share their insights in order to debunk the myths, correct the misconceptions, and offer advice on getting the details right. 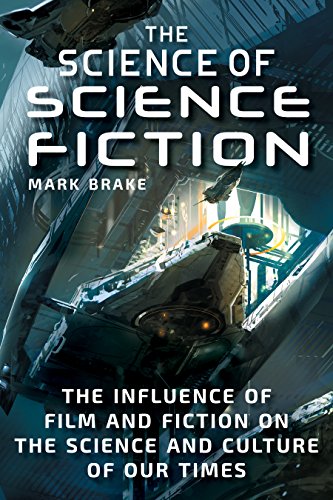 We are the first generation to live in a science fiction world.

Media headlines declare this the age of automation. The TV talks about the coming revolution of the robot, tweets tell tales of jets that will ferry travelers to the edge of space, and social media reports that the first human to live for a thousand years has already been born. The science we do, the movies we watch, and the culture we consume is the stuff of fiction that became fact, the future imagined in our past–the future we now inhabit.

Guardians of the Galaxy Is Space Full of Extraterrestrials? Jacking In: Will the Future Be Like Ready Player One?
Mad Max Is Society Running down into Chaos? The Internet: Will Humans Tire of Mere Reality?
Blade Runner 2049 When Will We Engineer Human Lookalikes? And many more!
This book will open your eyes to the way science fiction helped us dream of things to come, forced us to explore the nature and limits of our own reality, and aided us in building the future we now inhabit.

I have served on various book judging committees over the years. Recently I was part of a group picking the best science fiction for the year. I’m not going to say where or when, but it’s a list where the jury is still out.

But it made me think about what makes good science fiction – and conversely what doesn’t. Which led me to not one but two books in the virtually towering TBR pile, Putting the Science in Fiction and The Science of Science Fiction, both of which have been released this month.

It seemed like a golden opportunity to do a compare and contrast instead of a more traditional review.

I thought that these books would work together well. Putting the Science in Fiction was all about the inputs. It is exactly what I expected it to be. Much fiction, both written and filmed, includes some science in some form. Police dramas and mysteries deal with forensic science. Medical dramas – and not a few mysteries – deal with medical science. Science fiction, of course, is all about taking science out to the nth degree and then playing with it.

But lay people often get things wrong. There are lots of things about science that get shortchanged or simplified in order to make better drama. Anyone who is an expert in whatever has just gotten completely screwed up will cringe and just how far off-base the writer or director has just taken the science in their story.

We all do it for our own fields. And when it happens it throws the knowledgeable reader out of the story – no matter how good the rest of it might be.

Putting the Science in Fiction turns out to be a surprisingly readable collection of essays by science and engineering experts explaining the very, very basics of their fields to those of us whose expertise is somewhere else. It serves as a terrific guide for any writer who wants to follow the dictum of “write what you know” by learning more so they know more so they have more to write about.

On my other hand, The Science of Science Fiction is not what I expected it to be. I was kind of expecting it to be about SF that did well – not necessarily in the science aspect at the time so much as in the way that it captured the imagination – even to the point where the SF created the science it postulated.

There is a famous story about Star Trek: The Original Series and the invention of the cell phone that comes to mind.

But that’s not where this book went. Although that would be a great book and I hope someone writes it.

Instead, The Science of Science Fiction reads more like a history of SF written thematically rather than chronologically. It takes some of the basic tenets and tropes of SF and lays out where they began – sometimes surprisingly long ago – to where they are now.

It’s an interesting approach but it didn’t quite gel for this reader.

By way of comparison, both books talk about the science and the influences of Michael Crichton’s classic work of SF, Jurassic Park.

Putting the Science in Fiction does two things, and it does them really well. First, it conveys that “sensawunder” that SF does when it is at its best. The author of the essay is a microbiologist, who puts the science of the book in context – both the context of what was known at the time it was written (OMG 1990!) and what has been discovered since, and comes to the conclusion that he didn’t do too badly based on what was known at the time. Discoveries since have made his science fictional extrapolation less likely than it originally seemed. It’s hard to fault the author for that.

But what the author of the essay also does is to show how the book not only grabbed his interest and attention but continues to hold it to the present day, even though he knows the science isn’t remotely feasible. The book does a great job of taking just enough of the science in a direction that we want to believe is possible.

The Science of Science Fiction also discusses Jurassic Park. (A classic is a classic, after all) But instead of talking about the science of cloning the author goes into a couple of other directions. First he sets Jurassic Park within the context of other “lost world” works of science fiction. That’s a tradition that goes back to Jules Verne and even further. But it feels like the fit of Jurassic Park as part of that lost world tradition doesn’t quite fit.

The other part of this Jurassic Park discussion has to do with the way that scientists are portrayed in SF. Science makes the story possible. Scientists in fiction tend to work toward proving they can do something – in this particular case proving they can clone dinosaurs from preserved DNA. It takes a different kind of scientist, someone dealing in chaos theory, to posit that just because it CAN be done doesn’t mean it SHOULD be done. That’s a discussion I would love to see expanded. And I’d have liked this book more if it had been expanded here.

One final recommendation. Do not read the chapter in Putting the Science in Fiction about plausible methods for kicking off the Zombie Apocalypse at breakfast. Or any other meal! 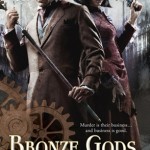 Review: The Woman Who Smashed Codes by Jason Fagone

3 thoughts on “Review: Putting the Science in Fiction by Dan Koboldt vs. The Science of Science Fiction by Mark Brake”