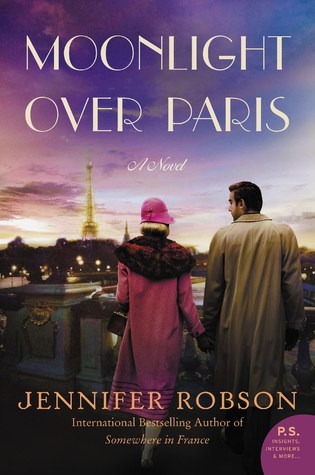 USA Today and internationally bestselling author Jennifer Robson takes readers to 1920s Paris in an enthralling new historical novel that tells the riveting story of an English lady who trades in her staid aristocratic life for the mesmerizing salons and the heady world of the Lost Generation.
It’s the spring of 1924, and Lady Helena Montagu-Douglas-Parr has just arrived in France. On the mend after a near-fatal illness, she is ready to embrace the restless, heady allure of the City of Lights. Her parents have given her one year to live with her eccentric aunt in Paris and Helena means to make the most of her time. She’s quickly drawn into the world of the Lost Generation and its circle of American expatriates, and with their encouragement, she finds the courage to pursue her dream of becoming an artist.
One of those expats is Sam Howard, a journalist working for the Chicago Tribune. Irascible, plain-spoken, and scarred by his experiences during the war, Sam is simply the most fascinating man she has ever met. He’s also entirely unsuitable.
As Paris is born anew, rising phoenix-like from the ashes of the Great War, Helena realizes that she, too, is changing. The good girl she once was, so dutiful and obedient, so aware of her place in the world, is gone forever. Yet now that she has shed her old self, who will she become, and where, and with whom, does she belong…? 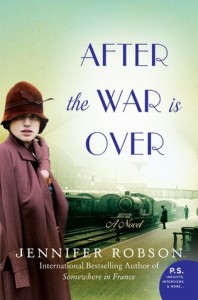 But don’t let those antecedents keep you from reading Moonlight Over Paris. The link between each book is one single character who was neglected in the previous story, and becomes the main character of the next. It is far from necessary to start at the beginning, each book stands completely on its own.

The stories are all about World War I, its aftermath, and its effects on the lives of a small group of younger members of the English upper crust. And the heroine of Moonlight Over Paris is the upper-crustiest of them all. But the world that she explores is the one where her birthright matters least – Lady Helena Montagu-Douglas-Parr, daughter of an Earl, takes herself off to Paris in the mid-1920s, the high point of the Lost Generation between the wars, where everyone who was anyone in the arts community went not just to Paris, but specifically to Montparnasse the center of both the artistic and expat communities.

It was a heady, golden time, where Hemingway, Fitzgerald, Gertrude Stein and Alice B. Toklas held court and drank up their excesses, and where Sylvia Beach ran the best English-language bookstore in Paris (Shakespeare and Company) and published outre classics like James Joyce’s Ulysses.

Lady Helena comes to Paris as Helena Parr, to study art in one of Paris many art academies. She has talent, but just how much talent is always a question. And it’s a question that she has decided to answer for herself.

Her fiance came back from the war in 1919, shell-shocked and wounded, and begged her to end their engagement. He was drowning in his depression, and he’d fallen in love with someone else. Neither of them reckoned on five years of continuous social opprobrium. Helena was seens as a heartless woman who threw over a wounded veteran, when the truth was otherwise. She’s frozen out of all social engagements, and in her mid-20s is firmly on the shelf.

After a near fatal bout of scarlet fever, Helena determines to finally live her life, and not merely exist. So Paris, art school, and a life outside of her social circle.

Mostly outside. The conventions that restrict her life can’t be completely ignored, so unlike her fellow art students, she lives with her wealthy Aunt in a small palace. None of which keep her tyrannical art teacher from berating her at every turn.

But through endless lessons and endless critiques of her craft, Helena makes friends, makes a life, and falls in love. Only to discover that the struggling newspaper writer she has fallen for is part of the American upper crust, and of the life she left behind.

Escape Rating B+: I enjoyed Moonlight Over Paris, and was just as wrapped up in this story as I was in its predecessors. But Moonlight seems like a smaller and more intimate story than either of the first two books.

We see this world from Helena’s perspective, and the action follows her. While it is not first person singular, we see directly into her mind through letters she writes to her sister back in England.

While I liked Helena as a protagonist, her situation just wasn’t as interesting as the previous books. Possibly this is because the war is over, and the Lost Generation was doing a good job of losing itself in excess. The stakes seem smaller.

As with the previous books, the strength in this story is in the relationships that Helena forges with her fellow students, Etienne, Mathilde and Daisy, and her increasing closeness to her Aunt Agnes. It is also refreshing that instead of being the enforcer of morality, Aunt Agnes is a free spirit (also marvelously free with money) who encourages Helena at every turn.

While this story is told from Helena’s perspective, I wish we had a little more depth in the way that the friendships develop. On the one hand, the whole point of Helena’s year in Paris is to become someone new, but on that other hand, her friends represent wildly different lives. Etienne is the artistic genius of the group. He is also homosexual, and provides a tiny window into what his life is like. Mathilde has a child and a wounded-veteran husband at home, and works two jobs to make ends meet while still going to art school. Daisy is the person Helena almost was, a rich, protected young woman who is trying both to please her father and be herself. And is losing the battle, just as Helena was until she came to Paris.

Based on events in the story, I expect the next book to be Daisy’s. I hope so, because there is way more story there to tell.

Helena falls in love with a struggling newspaperman, Sam Howard. The tentative way that their relationship builds makes for a very slow and only slightly burning romance. And that’s okay, because the heart of this story is Helena’s transformation, and not her love life.

But there’s a big misunderstandammit in the way of Sam and Helena’s future, and the way it is concealed and finally revealed felt a bit contrived. Your mileage may vary.

And then there’s the setting. Paris in the 1920s. Paris in the Jazz Age. The Paris of the thriving, artistic expat community of Fitzgerald, Hemingway, Stein, Toklas and Beach. Paris in the “Crazy Years”. There is a point where the visits to and from the famous and infamous felt like name-dropping rather than an integral part of the story. That Helena gets a dress designed by Vionnet is one thing. That Sam’s work as a newspaperman brings them into contact with Hemingway and Stein made sense. But the dinner with Scott and Zelda Fitzgerald just didn’t add to Helena’s story. For this reader, straw met camel’s back.

And it’s not that this kind of thing can’t be done well. I loved The Bones of Paris by Laurie R. King, which explores Paris in the same period and also brings in most of the famous characters. For this reader it just did a better job of using them to set mood and move the story along.

That being said, I still enjoyed Moonlight Over Paris a great deal. It was interesting to see Jazz Age Paris from a perspective of someone other than the famous expats, and explore a bit of what it was like in that era. The strong portraits of supportive friendship that run through all of Robson’s fiction make the reader feel part of Helena’s circle of friends.

And the happy ending was breathless and sweet in equal measure.

5 thoughts on “Review: Moonlight over Paris by Jennifer Robson”