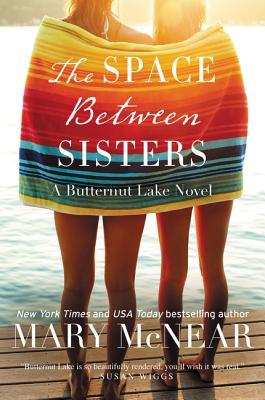 Return to Butternut Lake with the newest from Mary McNear, whose heartfelt and powerful stories have made her a New York Times and USA Today bestselling author. Here, the complicated bonds of sisterhood are tested, long-kept secrets are revealed, and love is discovered…all during one unforgettable summer at the lake.
Two sisters couldn’t be more different. Win organized and responsible; Poppy impulsive and undependable. Win treads cautiously and plans her life with care; Poppy bounces from job to job and apartment to apartment, leaving others to pick up the pieces. But despite their differences, they share memories of the idyllic childhood summers they spent together on the shores of Butternut Lake. Now, 13 years later, Win, recovering from a personal tragedy, has returned to Butternut Lake, settling into a predictable and quiet life.
Then, one night, Poppy unexpectedly shows up on Win’s doorstep with all her worldly possessions and a mysterious man in tow. And although Win loves her beautiful sister, she wasn’t expecting her to move in for the summer. Still, at first, they relive the joys of Butternut Lake. But their blissful nostalgia soon gives way to conflict, and painful memories and buried secrets threaten to tear the sisters apart.
As the waning days of summer get shorter, past secrets are revealed, new love is found, and the ties between the sisters are tested like never before…all on the serene shores of Butternut Lake. 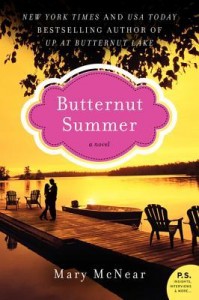 In The Space Between Sisters there are several kinds of second chances that finally come true. For sisters Winona and Poppy Robbins, it’s a second, or possibly one hundredth, chance to bridge their strained relationship, now that they are both, at least theoretically, adults.

Win is a teacher at Butternut K-8. She has the sometimes insane job of teaching social studies to 7th and 8th graders, just as their teenage hormones start kicking in. Win loves her job, and loves living on Butternut Lake in their grandparents’ cabin. But she’s lonely and still grieving the loss of her young husband to cancer after only three years of marriage. Win is nearly 30, and her life has only sort of gone on. In her OCD way (and she is, a bit) she keeps rearranging the mementos of her marriage into little memorials around the house, never letting go.

Poppy is Win’s opposite. Where Win is organized to the point of obsession, Poppy lets everything and everyone slide. Including jobs, apartments and relationships. She drops debris wherever she lands, and seems to expect someone else to pick up the pieces. That someone has usually been Win. But in Poppy’s entire life, there are only two people that she has ever been able to count on. One is Win, and the other is her 16-year-old cat Sasquatch.

Their parents have never been responsible parties. Their dad is a not-very-functional alcoholic, and their mother is such a complete “free spirit” that she neglected the girls and left them to raise themselves. To say that their parents are totally uninvolved with their lives, and always have been, is an understatement of epic proportions.

So when Poppy quits her latest job, she surprises Win by moving in with her at Butternut Lake, dragging all her possessions and Sasquatch up from Minneapolis in the care (and car) of a nice guy she met on her morning coffee breaks when she was still working.

Poppy doesn’t even know Everett’s last name. And Win thinks that Everett agreed to give Poppy a lift because he was interested in her incredibly beautiful sister. But like so many other things that happen in Butternut Lake, nothing about Poppy’s retreat to Win, Everett’s reasons for giving Poppy a lift, or even the truth behind the dynamics of Win’s and Poppy’s relationship, are exactly what they seem.

And the truths that are finally revealed set them both free.

Escape Rating A-: At first, everything in this story seems so obvious, and then it suddenly isn’t. Win and Poppy act out a dynamic that happens so often in real families, one becomes super responsible, and the other becomes super irresponsible. The good girl and the bad girl. One makes messes, the other cleans up. And that seems like a natural response to the way they weren’t brought up. Poppy imitates their parents (minus the drinking) and Win goes 180 degrees the opposite direction. And of course they drive each other bananas.

Win is tired of cleaning up after Poppy and taking care of her messes. Poppy is tired of Win’s obsessive need for order. (When someone starts fuming about the “right” way to load a dishwasher, the reaction of not wanting to help is not a surprise). But Win has a point about Poppy’s fecklessness and Poppy has a point about Win needing to let her grief take its course instead of continuing to create shrines to it.

But they can’t really reach each other until a crisis finally breaks Poppy out of the fog she’s been living in for the last 15 years. Until she lets go of her old traumas, she can’t deal with the new ones that have come barreling toward her.

She falls in love for the very first time. And is too frozen with suppressed PTSD to act on it. And the one person who has always been there for her, dear old Sasquatch, has used up his 9th life.

While the nature of Poppy’s suppressed trauma was all too easy to figure out before the big reveal, once it all finally comes out every character has to reassess their relationship with Poppy, and Poppy has to reassess their relationship with her. It’s only when she lances the boil in the past that she is able to heal and grow into herself in the present.

Both Poppy and Win find love. For Poppy, it’s her need to finally enter into an adult relationship that makes her open up the memories she has ruthlessly (and also rootlessly) suppressed. For Win, it’s a chance to look at her life and what’s holding her back from living it. And she nearly screws it up. Which is what makes them both so human and so likeable.

And poor Sasquatch. He was a good cat, and Poppy gave him a good life. He was there when she needed him, and at the end, she’s there when he needs her to make the hard decision. Particularly for those of us who have had a companion animal at a critical part of their lives, the scenes with Sasquatch and her memories of all the times he was there for her require a box of tissues.

2 thoughts on “Review: The Space Between Sisters by Mary McNear”