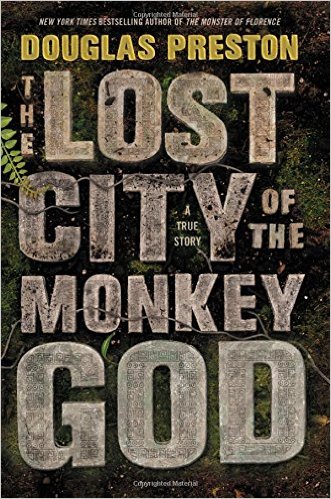 A five-hundred-year-old legend. An ancient curse. A stunning medical mystery. And a pioneering journey into the unknown heart of the world's densest jungle.
Since the days of conquistador Hernán Cortés, rumors have circulated about a lost city of immense wealth hidden somewhere in the Honduran interior, called the White City or the Lost City of the Monkey God. Indigenous tribes speak of ancestors who fled there to escape the Spanish invaders, and they warn that anyone who enters this sacred city will fall ill and die. In 1940, swashbuckling journalist Theodore Morde returned from the rainforest with hundreds of artifacts and an electrifying story of having found the Lost City of the Monkey God-but then committed suicide without revealing its location.
Three quarters of a century later, bestselling author Doug Preston joined a team of scientists on a groundbreaking new quest. In 2012 he climbed aboard a rickety, single-engine plane carrying the machine that would change everything: lidar, a highly advanced, classified technology that could map the terrain under the densest rainforest canopy. In an unexplored valley ringed by steep mountains, that flight revealed the unmistakable image of a sprawling metropolis, tantalizing evidence of not just an undiscovered city but an enigmatic, lost civilization.
Venturing into this raw, treacherous, but breathtakingly beautiful wilderness to confirm the discovery, Preston and the team battled torrential rains, quickmud, disease-carrying insects, jaguars, and deadly snakes. But it wasn't until they returned that tragedy struck: Preston and others found they had contracted in the ruins a horrifying, sometimes lethal-and incurable-disease.
Suspenseful and shocking, filled with colorful history, hair-raising adventure, and dramatic twists of fortune, The Lost City of the Monkey God is the absolutely true, eyewitness account of one of the great discoveries of the twenty-first century.

The road to The Lost City of the Monkey God begins with a high-tech Indiana Jones and ends with Guns, Germs and Steel, with a couple of detours for pestilential diseases and “academic politics are so vicious because the stakes are so small.” Except that in this case the stakes are not small at all, and the story is fascinating from beginning to end.

This is a true story. It’s a story of obsessions both great and small. And a story about con men, soldiers and scientists. And ultimately, it’s a story about the price that we pay for the knowledge that we gain.

There have been legends about this city, whether under the name Ciudad Blanco or as the title describes it, the Lost City of the Monkey God, since the time of Hernan Cortes and the conquistadores. The Spanish conquerors of Central and South America came across many, many stories of fabulous lost cities of gold and jewels. One of the most well-known of those legends is that of El Dorado, the city of gold.

But a film producer named Steve Elkins was particularly fascinated with the legends of Ciudad Blanco, the white city that was supposed to be hidden somewhere in the Mosquitia province of Honduras. Honduras as a country in modern times has been through some very hard and violent times, and the Mosquitia province is infamous for its dangers, not just from the hazards of its jungle terrain, but from the guns of the narco-traffickers who make Mosquitia their home.

While the narco-traffickers have not always been the problem that they are today, the jungle has always been there. During the great age of European exploration in the 1800s, and even afterwards, there were multiple attempts to locate the famous “White City” but to no avail. Very few of the documented expeditions seem to have even gotten close to this mythical place, and one of the best documented was recently discovered to be completely fraudulent.

It seemed like an obsession that was doomed to never be fulfilled, but technology caught up to dreams. On the ground, the jungle swallows everything, but from the air it’s a different story. Or at least it is to LiDAR imaging, a combination of lasers and radar that can see through the dense ground cover to the remains of any structures underneath.

Initially, the story was first to discover, well, if there was anything to discover. It took years and money and grants and cooperation from multiple organizations and at least two iterations of the Honduran government to finally get permission to survey possible sites, and then even more money and permissions to get the still top-secret LiDAR on site to survey the possibilities.

Which turned out to be enormous, both literally and figuratively. The story in The Lost City of the Monkey God is about the author’s participation in these expeditions, both the original LiDAR mapping and the “ground-truthing” with archaeologists a few years later, to make the jungle yield up her long buried secrets.

And exact her toll.

Reality Rating A: The Lost City of the Monkey God is one of the most absorbing pieces of nonfiction it has ever been my pleasure to listen to. June is Audiobook Month, and I’m thrilled to have such a marvelous story to recommend. For a science fiction geek, that Bill Mumy, Lennier from Babylon 5 (also Will Robinson from the classic Lost in Space) read me a story just added to my enjoyment. His voice conveyed just the right tone of understated enthusiasm that seemed perfect for this story.

And the story itself is fantastic. There’s something for adventure readers, history buffs and even science geeks. That’s a lot of groups to appeal to.

It’s not just that the author distills a lot of historical research into great reading, but that the research he has to distill is just so interesting. They say that all myths and legends have a grain of truth in them, and it’s that grain of truth that Elkins and his team are hunting for. But there’s a lot to wade through. Finding out that the best documented case was a complete load of bunk just added to the wild and crazy aspects of the story.

There’s a “you are there” aspect to the author’s story of the expeditions themselves, and it rings true because he actually was there, waiting out the rain and dodging snakes with the rest of the team. There’s a lot of emphasis on the dangers of the environment, the romance of its pristine nature and the changes and destruction that are made in the pursuit of this great archaeological treasure.

And it is a great treasure, not in the jewels and gold sense, but in what it adds to the knowledge of a lost people and their society.

This is also a story that reminds the reader that “nature bats last” on multiple vectors. Unlike so many discoveries of supposedly lost civilizations, the cities in Mosquitia really were lost. This is not a story where the locals know all about the place but it isn’t considered “discovered” until white men find it. In Mosquitia, the cities were abandoned in the early 16th century, the jungle closed in, and the remote nature of the valley along with the dangers of the few methods of getting to them meant that no humans went there. This was a place where you actually couldn’t get there from here, even when “here” was defined as the next province. Traveling through the dense jungle, as opposed to flying over it and dropping in on a helicopter, was too hazardous for anyone from any culture to attempt when there was no one to see and nothing that anyone knew of to gain.

But nature also bats last in the Guns, Germs and Steel sense. The devastating pandemics that obliterated the Central and South American civilizations in that same 15th and 16th century time periods were not the type of diseases that die without a human host. Oh no, these pathogens were quite happy to cook themselves into new and more virulent strains in animal and insect hosts, while patiently waiting for a new batch of humans to enter their lair. As the expedition members did, with life-changing and sometimes life-threatening results.

For the reader, this is a journey that will stick with you long after the final page. For the participants, its aftermath will shadow the rest of their lives. 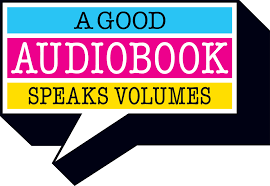 2 thoughts on “Review: The Lost City of the Monkey God by Douglas Preston”