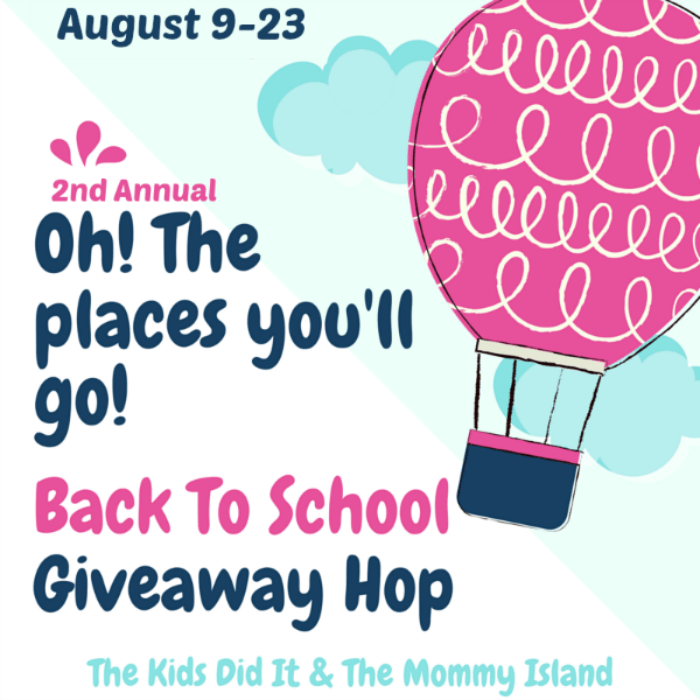 Welcome to the second annual Oh, the Places You’ll Go Giveaway Hop, hosted by The Kids Did It and The Mommy Island.

On Monday, I got stuck behind a school bus on my way to work. That was the first time in months. School is obviously back in session. August still seems early to me. It’s still hotter than blue blazes here in Atlanta, the air conditioning is running full blast, and it seems like summer isn’t near over yet. But if school has started, it must be, at least for certain definitions of “over”.

This hop is named for one of the many, many (many) terrific books by the late and very great Theodore Geisel, better known to all as Dr. Seuss. Did you know that once upon a time, before that mischievous cat ever found himself in that hat, Dr. Seuss drew editorial cartoons (for grown ups) during World War II? Who knew?

In addition to all of his wonderful books for children, he also wrote one book for “obsolete children”. Titled You’re Only Old Once! it is written and illustrated in Seuss’ singular style, but aimed at an audience that is just a few (dozen) years older than the audience for The Cat in the Hat and Horton Hears a Who.

But for all the places you’ll go, and all the time you might spend waiting while someone else has gone there, I have a giveaway. The winner will receive their choice of a $10 Amazon Gift Card or a $10 Book from the Book Depository. Perhaps an armchair trip to one of those places you’ll go.

For more great prizes, be sure to visit the other stops on the hop!