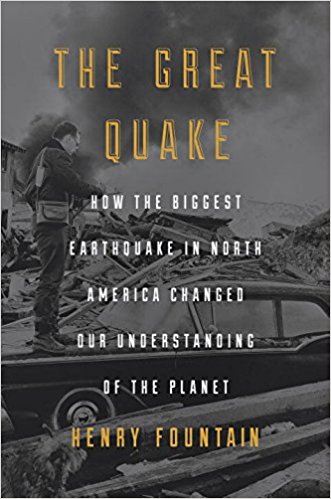 In the tradition of Erik Larson's Isaac's Storm, a riveting narrative about the biggest earthquake in recorded history in North America--the 1964 Alaskan earthquake that demolished the city of Valdez and obliterated the coastal village of Chenega--and the scientist sent to look for geological clues to explain the dynamics of earthquakes, who helped to confirm the then controversial theory of plate tectonics. On March 27, 1964, at 5:36 p.m., the biggest earthquake ever recorded in North America--and the second biggest ever in the world, measuring 9.2 on the Richter scale--struck Alaska, devastating coastal towns and villages and killing more than 130 people in what was then a relatively sparsely populated region. In a riveting tale about the almost unimaginable brute force of nature, New York Times science journalist Henry Fountain, in his first trade book, re-creates the lives of the villagers and townspeople living in Chenega, Anchorage, and Valdez; describes the sheer beauty of the geology of the region, with its towering peaks and 20-mile-long glaciers; and reveals the impact of the quake on the towns, the buildings, and the lives of the inhabitants. George Plafker, a geologist for the U.S. Geological Survey with years of experience scouring the Alaskan wilderness, is asked to investigate the Prince William Sound region in the aftermath of the quake, to better understand its origins. His work confirmed the then controversial theory of plate tectonics that explained how and why such deadly quakes occur, and how we can plan for the next one.

The heart of the book The Great Quake, is literally the great quake itself. The narrative, based on interviews with survivors and with the geologist who ended up making the quake his life’s work (and a bit vice versa) come literally at the 50% mark of the book.

What comes before and after is a layperson’s guide to the geology that causes earthquakes and the development of the scientific theories that surround earthquakes in specific and the movement of the continents in general. For those of us who remember “plate tectonics” as being settled science when we were in high school, it’s a revelation to discover that it wasn’t settled at all until after the scientists did their deep dives into the study of this particular quake, and all the destruction it left in its wake.

And for those of us who have ever lived in an earthquake zone, the building standards that make it much more likely that we will survive an individual quake, even if all our stuff knocks off the walls, owes its research and development to the study of this particular quake as well.

The Good Friday Earthquake, as it is still sometimes referred to, especially in Alaska, was the second most powerful earthquake ever recorded. While the loss of both life and property was relatively small in absolute terms, thanks to Alaska’s rather small population in 1964, it still destroyed two towns completely (Chenega and Valdez) and wrecked parts of Anchorage, Seward, Cordova and many others. The tsunamis it generated wreaked havoc along the Pacific coast on both sides of the ocean, down to California on the eastern side and all the way to Japan on the western shore.

And in some ways, its aftershocks are still being felt today.

Reality Rating B: I picked this book up because I lived in Alaska between 2002 and 2005. We lived near Earthquake Park, the land that is left after everything closer to the water dropped and fell in. I worked for the University of Alaska Anchorage on Alaska’s Digital Archive, a statewide project to digitize photographs of the history of Alaska, and if there was one thing that both the UAA collection and the Anchorage Municipal Museum had lots of pictures of, it was the results of that earthquake.

The book itself packs a lot of information about geology and the development of the theory of plate tectonics into settled science into layperson’s language, and wraps it around the story of the quake and its aftermath.

A lot of things changed in Alaska because of the Good Friday Earthquake. The town of Chenega was wiped out. Valdez was too, but because Valdez was on the mainland, and on the road system, and because it is one of the few ports in Alaska that is warm-water all year round, it was rebuilt inland.

The survivors’ stories from both of those places, particularly their accounts of the earthquake itself and the immediately following events, are harrowing and traumatic, and keep the reader riveted to the page.

However, the first third of the book is mostly scientific discussion. It’s all understandable to the non-scientist reader, and it definitely serves as background for what comes later, but there’s not a lot of human interest in that section. It does however talk a lot about the development and eventual proving of, among other things, plate tectonics, and that first third moves at about the speed of, well, plate tectonics.

Once you hit the story where the pork and beans are flying like shrapnel, it’s a wild and rollicking ride from there onwards, and completely absorbing. Readers who have any interest in geology, natural disasters, earthquakes and/or Alaska will find The Great Quake to be a fascinating read.

There’s a stand of trees on the Seward Highway that used to be up on the cliff above. The earthquake dropped the entire stand into the saltwater of Cook Inlet, where they stand today. They are dead, killed by the saltwater they now stand in. But they remain as ghostly sentinels to the power of that quake. 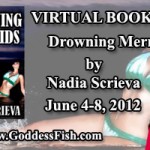 Drowning Mermaids
House hunting is not for sissies