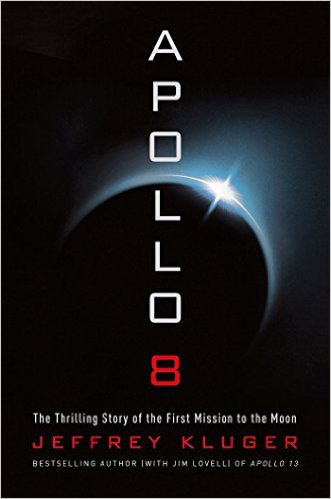 In August 1968, NASA made a bold decision: in just sixteen weeks, the United States would launch humankind’s first flight to the moon. Only the year before, three astronauts had burned to death in their spacecraft, and since then the Apollo program had suffered one setback after another. Meanwhile, the Russians were winning the space race, the Cold War was getting hotter by the month, and President Kennedy’s promise to put a man on the moon by the end of the decade seemed sure to be broken. But when Frank Borman, Jim Lovell and Bill Anders were summoned to a secret meeting and told of the dangerous mission, they instantly signed on.

Written with all the color and verve of the best narrative non-fiction, Apollo 8 takes us from Mission Control to the astronaut’s homes, from the test labs to the launch pad. The race to prepare an untested rocket for an unprecedented journey paves the way for the hair-raising trip to the moon. Then, on Christmas Eve, a nation that has suffered a horrendous year of assassinations and war is heartened by an inspiring message from the trio of astronauts in lunar orbit. And when the mission is over—after the first view of the far side of the moon, the first earth-rise, and the first re-entry through the earth’s atmosphere following a flight to deep space—the impossible dream of walking on the moon suddenly seems within reach.

Anyone who has lived in Chicagoland knows that while expressways may be designated official numbers from the DOT, no one ever calls them by those numbers. Highways in Chicagoland have names; the Ryan, the Kennedy, the Ike. And if you travel through Northwest Indiana, the Borman.

They may not have landed there, that honor was bestowed on Apollo 11, but they were the first humans to leave not merely the Earth, but to entirely leave Earth’s gravitational field and become temporary residents of a different celestial body, in orbit around the Earth’s moon.

Apollo 8 is the story of not just that one mission, but of as much as possible of everything that came before it. Frank Borman was not one of the original Gemini astronauts. He just missed inclusion in that celebrated group with the “right stuff”. He was, however, part of the second class of astronauts, merely referred to as the “next eight”.

It’s always the ones who get there first who get all the good names.

So this is the story of not just the crew of Apollo 8, Frank Borman, Jim Lovell and Bill Anders, and of their lives and careers in NASA up to that point, but it is also the story of NASA itself. Now that’s a story of “big science”, where there are many, many people who give significant portions of their lives to work together for what they hope (and in this case they were right) is a cause greater than themselves.

There are heroes here, too. Names we’re familiar with like Gene Krantz and Deke Slayton. (Krantz was the Mission Controller who helped bring Apollo 13 back from the brink.) But there are plenty of both sung and unsung heroes among this early corps of NASA movers, shakers and believers, and the author does a skillful job of weaving the parts that they play into the narrative of this one, singular mission.

It is also the story of America in the 1960s. While this book does not attempt to portray the entirety of that tumultuous decade – nor should it – within its narrow scope it does set the missions of NASA in general and Apollo 8 in particular into their historic context. Not just the story of what was done, but why it was done and how it felt to be a part of or even watch as it was done.

And to show why the space program was so important. What it did, and what it celebrated. And just how much was accomplished and how many people around the world celebrated with it.

We accomplished so much. We went so far, and we showed such promise. And now it seems to be gone. Not just the adventure itself, but the promise of the future it provided and the surprising amount of unity it engendered.

Apollo 8, the book, does a terrific job at showing the importance, the risks and the rewards of Apollo 8, the mission. By focusing on the smaller perspective of the three astronauts, and particularly Borman, it allows the author to paint the broader picture in a way that allows readers to empathize with the people and to grasp the size and scope of NASA’s operation and how it worked – and how it occasionally didn’t with disastrous results.

So while the focus is on Borman, Lovell and Anders, this is also very much a book about “big science”. And like The Interstellar Age by Jim Bell, it does a good job of making that “big science” comprehensible. And makes the reader wish they could have been there.

I found Apollo 8 to be compelling reading, to the point where I began by listening on audio and then switched to print to see what happened faster, even though I already knew what happened. I was absorbed in the details and the perspectives. As glad as I was to have the crew get back safely, theirs was a journey that I never wanted to see end.

But it did. As did our journey with them.

I leave you with this iconic photograph taken from Apollo 8. Earthrise. 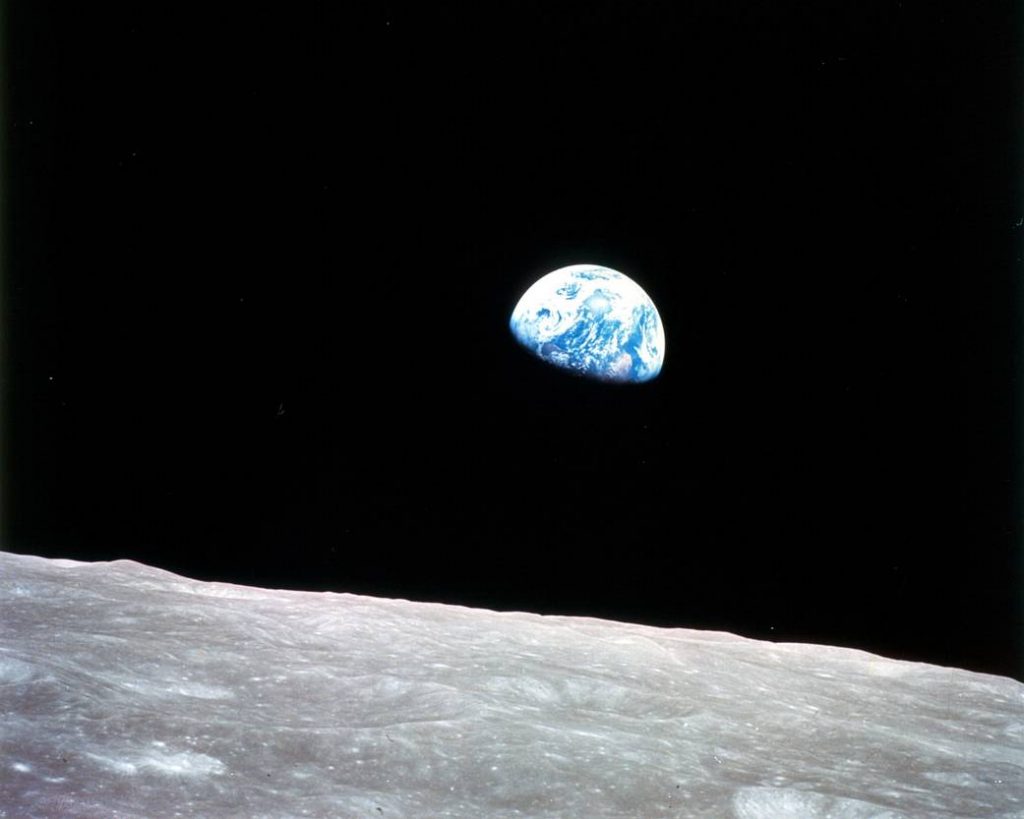