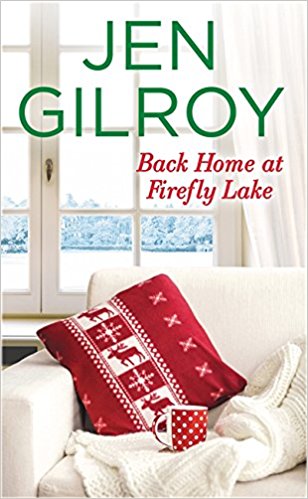 A heartwarming small-town romance that will make you believe in love and second chances.

She has a million reasons to leave. Can he give her the one she needs to stay?

Cat McGuire's return to Firefly Lake is turning into much more than she bargained for. Sure, she missed the crisp pine-scented air and the comfort of having her family around her. But being home makes her feel less like the successful single mom she is--and more like the awkward teen who never fit in. It doesn't help that hockey-pro Luc Simard is back in town, too. Luc was her childhood crush, the hometown hero who never noticed her, and yet somehow he still makes her heart skip a beat.

Luc's homecoming has been bittersweet. He's lost his wife and his career, but there's no better place to start over than Firefly Lake. Coaching the local kids' hockey team makes him feel alive again, and he thinks his life is complete--until Cat arrives. The shy girl he always wanted to protect is now the gorgeous woman who's stealing his heart and making him believe in second chances. But how can he convince Cat that Firefly Lake is where she truly belongs?

In the tradition of New York Times bestselling authors Susan Wiggs and RaeAnne Thayne comes an emotional story about finding love in the most unexpected of places from Jen Gilroy. 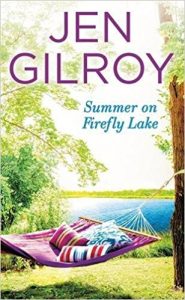 Cat McGuire needs a do-over. Or a restart. Or at least enough time to consider what her next step in life should be. As the sister of Nick McGuire (hero of Summer on Firefly Lake) she has some of the same baggage that Nick did. Their dad didn’t just leave their mother when they were kids, he ran out of town just ahead of everyone finding out that he’d cheated a whole lot of people out of their money. Think of him as a small time Bernie Madoff who faced fewer consequences.

But Cat, already considered the town oddball as an intellectual whiz kid, found herself the center of more attention than any child could reasonably cope with. Which she, of course, avoided by retreating even further into her books, making her stand out even more.

The one person who stood up for her against all the bullies was budding hockey star Luc Simard. So of course Luc became her hero, and her first crush, and her big brother’s best friend all rolled into one.

Cat comes back to town to look after her mother a bit, after the cancer scare, but also to use a research grant to work on a book about women’s sports in Vermont history. She hopes that getting the book published will finally put her on track for a tenure-track teaching position – something that is really hard to come by for history Ph. D.s, even when they get that Ph. D. from Harvard.

And Cat is hoping that Firefly Lake will give her daughter a chance for a do-over at school. At 12, all Amy wants to do is play hockey. But her dyslexia has held her back academically, and her Boston team was ready to kick her out for not meeting academic standards. The Firefly Lake team is a community team and not a school team, so her grades are not an issue. But Cat worries just as much, because there is no separate girls hockey team in tiny Firefly Lake. Amy will have to play with the boys. And while she’s plenty good enough, if not better, than the other players on the team, as puberty kicks in she just isn’t as big.

But Luc Simard has retired from the NHL and come home. As the new head coach of the team, he sees something in Amy that he doesn’t often see. She can feel the ice in a way that only great players can. It’s a talent he’s happy to nurture. not just for the joy of coaching but also as a way to “pay forward” to the sport that he loves and that has given him so much, even though it has also taken so much away.

Like it took his late wife, who was  herself a women’s hockey star. But now Maggie is gone, two years dead after a brain aneurysm burst. He wasn’t there because he was on the road with his team. And he can’t manage to let go of his grief or his guilt.

But the ice has melted, and he can’t stop feeling. Even if he doesn’t know what to do about it. And even as he mucks things up again. Second chances are rare. Third chances are almost – but not quite – impossible. 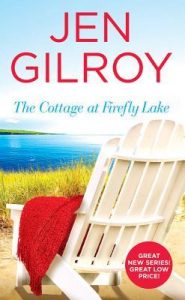 Escape Rating B+: This series, heartwarming from its beginning in The Cottage at Firefly Lake to its end with this book, with its small town centered around a lake and its second chance at love stories reads a lot like Mary McNear’s equally lovely Butternut Lake series. Although the two are several states apart, these little lake towns and the people who populate them have a very similar feel. If you like one, you’ll like the other – even if Firefly Lake in Vermont sounds BRRRRR cold this time of year!

In some ways, Luc’s story is a bit more obvious. In his mid-30s, Luc has been a widower for two years. His wife died suddenly and tragically, while carrying their child. Her aneurysm may have been caused by her high-risk pregnancy. He feels guilty, both about persuading her to try again after a series of heartbreaking miscarriages, and because he wasn’t there when she died. He’s grieving the loss of his soulmate, their child and the future that they had planned together.

And he’s grieving the loss of his career in the NHL, after an illegal hit took out his shoulder. And even though the reality is that if he had not retired when he did, he hadn’t had many years left at the top of his sport, and if he weren’t retired by now, it would be coming soon. Which doesn’t make that loss any easier to deal with.

Cat’s circumstances are different. She isn’t eligible for a second chance at love because she’s never let herself be vulnerable enough for a first chance. Her beloved daughter Amy is the result of a leaky condom and what she thought might be the beginning of a relationship while the guy in question was trying to win a bet. That circumstance, on top of her dad’s betrayal, has left Cat understandably gunshy about men and relationships.

But she does need to step back and do a re-think of her choices and her options. She’s been so focused on achieving her academic goals that she hasn’t been able to look at the big picture. A picture that makes the future look a lot like the past and present, stringing together enough temporary teaching gigs to make barely enough to keep Amy and herself fed and clothed by working 16 hours a day for too little pay. Liberal arts Ph. D.s are unfortunately on the wrong end of a buyer’s market. There are too many candidates and not nearly enough tenure-track jobs.

Both Luc and Cat are back in Firefly Lake at the point of a kind of “time-out” in both of their lives. Even though neither of them is looking for it, both of them are in a position where they need to re-think both their pasts and their futures.

And what they discover is that the affection that they’ve always had for each other is still there, but that now they have the possibility of more – if they can get past the baggage that they are both tripping over on the way there. As their chemistry heats up but the roadblocks multiply, their HEA looks like it might derail before it even leaves the station. It’s only when they all (including Amy) finally decide to go for it anyway that they are able to reach for the future, together.