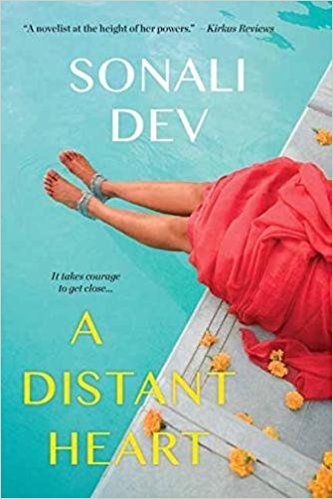 Her name means “miracle” in Sanskrit, and to her parents, that’s exactly what Kimaya is. The first baby to survive after several miscarriages, Kimi grows up in a mansion at the top of Mumbai’s Pali Hill, surrounded by love and privilege. But at eleven years old, she develops a rare illness that requires her to be confined to a germ-free ivory tower in her home, with only the Arabian Sea churning outside her window for company. . . . Until one person dares venture into her world.

Tasked at fourteen-years-old with supporting his family, Rahul Savant shows up to wash Kimi’s windows, and an unlikely friendship develops across the plastic curtain of her isolation room. As years pass, Rahul becomes Kimi’s eyes to the outside world—and she becomes his inspiration to better himself by enrolling in the police force. But when a life-saving heart transplant offers the chance of a real future, both must face all that ties them together and keeps them apart.

As Kimi anticipates a new life, Rahul struggles with loving someone he may yet lose. And when his investigation into a black market organ ring run by a sociopathic gang lord exposes dangerous secrets that cut too close to home, only Rahul's deep, abiding connection with Kimi can keep her safe—and reveal the true meaning of courage, loss, and second chances.

Infused with the rhythms of life in modern-day India, acclaimed author Sonali Dev’s candid, rewarding novel beautifully evokes all the complexities of the human heart. 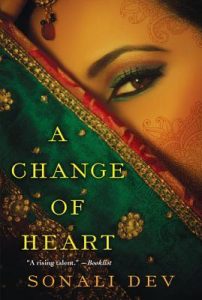 It’s all Kimi’s fault. Not just the events in A Distant Heart, but also everything that happened in A Change of Heart. Both the good and the bad. But especially the bad.

The problem is that Kimi doesn’t know it’s her fault, or that the people she trusted the most saved her life with a giant lie. All that she knows is that two years ago, a donor heart was mysteriously found, and she was able to finally emerge from the sterile bubble in which she had been forced to live her young life.

Kimi doesn’t know where her heart came from. Her rich and influential father has insisted on respecting the privacy of the donor and the donor’s family.

But there’s a black-market organ dealer who is determined to expose the truth that surrounds Kimi’s heart – right before he takes it out of her chest. Or at least ensures that it will never beat again – not for Kimi, not for anyone.

And there’s a police detective determined to bring that same criminal to justice before that happens. Detective Rahul Savant has put all the resources he has at his disposal to bring Asif Khan to justice, no matter what it costs. Not just in revenge for the death of his friend Jen, and for the deaths of all the lost souls whose body parts have been “harvested” by Khan’s organization, but really because Kimi is the love of his life. Even if he can’t admit that to himself. And even if he isn’t allowed to admit it to anyone else. Especially Kimi.

Escape Rating B+: A Distant Heart is the direct follow-up to A Change of Heart. While the friends-into-lovers romance between Kimi and Rahul is played out in this story only, the events that set everything in motion began in A Change of Heart. Because A Distant Heart is the shattering conclusion to a story begun in the earlier book, it is necessary to read both to get the full impact.

And what an impact it is.

Kimi’s life has been a miracle and a tragedy all in one. Her story has elements of the “poor little rich girl” trope, but the “poverty” in Kimi’s story is deeper. Yes, she’s a lonely, rich girl, but she’s lonely not because of distant or neglectful parents (at least not both of them), but because she has an autoimmune disease and must live in a sterile bubble. If her parents weren’t wealthy, the disease would have killed her long ago.

Rahul, on the other hand, began with a happy childhood that was invaded by tragedy of a different kind. His father, also a police officer, was killed in the line of duty, taking a bullet for Kimi’s father. The lesson Rahul learned early, and that was repeated with the sudden death of his little sister, was that people he loved would be taken away without warning.

But the tragedy of his father’s death linked the two families. Kimi’s father felt duty-bound to provide for the family, and 14-year-old Rahul felt equally duty bound not to accept charity from the man who had gotten his father killed. The result was a long-standing arrangement for Rahul to work off the money that was contributed for his and his brother’s education at the estate where Kimi lived in her bubble.

These two children of tragedy connected in a lifelong bond. A bond that neither her illness nor her eventual recovery, or even Rahul’s obsession with the black market organ harvesting ring that led to his friend’s death, could truly break.

And neither could her father’s attempts to place restrictions and limitations on their friendship.

This is a story with multiple facets. The relationship between Rahul and Kimi careens between friendship, love, resentment and fear on an endless roller coaster ride. Rahul is afraid to love anyone, out of fear they will be taken from him. That’s a fear that is more than realistic in Kimi’s case as her life has always been on borrowed time. Kimi loves Rahul, but can also be somewhat of a spoiled brat about getting her own way. She’s never bad about it, but she is used to being indulged in a whole lot of ways because her illness made her precious to everyone around her.

There is also a central mystery to the story. The organ harvester is after Kimi for reasons that are obscure at first, but become clear over the course of the story. His pursuit is deadly, and forces Rahul and Kimi to stay together for safety, giving them the chance they need to work through how they really feel about each other as adults.

But that pursuit is an obsession, and it’s an obsession that gets the man killed. Not that he doesn’t deserve to die as the story goes, but more that it defies common sense. He could have, and should have, left Kimi alone and escaped to set up somewhere else. Not as interesting a story, but more logical. My two cents.

A Distant Heart is a love story where there is so much bitter mixed with the sweet, right until the very end, that you’ll need tissues to cope with the pangs of your own heart. If you are in the mood for sweetness mixed with angst (and a touch of crazy), this one will keep you tied to your chair until the final page.

Enter the giveaway for a prize pack from Sonali that includes a $50 Amazon gift card and print copies of A Bollywood Affair and A Change of Heart!

Check out the Book Trailer! 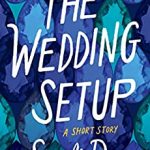