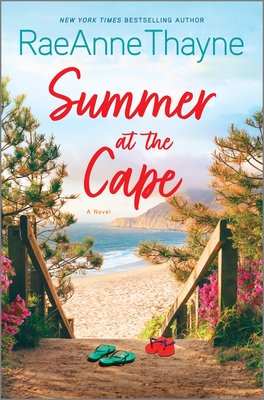 From the beloved bestselling author of Season of Wonder and The Cliff House
comes a poignant and uplifting novel about forgiveness, family and all the complications—and joy
that come with it


As the older sibling to identical twins Violet and Lily, Cami Porter was always the odd sister out. The divide grew even wider when their parents split up—while the twins stayed in Cape Sanctuary with their free-spirited mother, Rosemary, fourteen-year-old Cami moved to LA with her attorney father. Nearly twenty years later, when Cami gets the terrible news that Lily has drowned saving a child’s life, her mother begs her to return home to help untangle the complicated estate issues her sister left behind.
Navigating their own strained relationship, Cami readjusts to the family and community she hasn’t known for decades, including the neighbor who stands in the way of her late sister’s dream, while Violet grieves the loss of her twin and struggles to figure out who she is now, without her other half, as the little girl Lily saved pulls her back into the orbit of the man she once loved.
With poignancy and heart, RaeAnne Thayne once again delivers her charming signature blend of warmth, wit and wisdom.

And that’s just the situation that the owner of the Wild Hearts Glampground finds herself in when the story opens. Rosemary Porter is doing her best to make her late daughter Lily’s dream a reality, by opening the glampground that her daughter gave her heart and soul to in the months before she died saving two little girls from drowning.

But Lily was a “big picture” dreamer, who marched ahead with the glampground based on a verbal agreement to lease the land from her mother’s next-door (for certainly long distance definitions of “next-door”) neighbor, but never actually got Franklin Rafferty to sign on the dotted line as agreed.

Lily thought the lonely old man was just enjoying her frequent visits – and he probably was.

But Lily is dead and Franklin’s estranged son is returning home to take care of his father. A father who sometimes believes that his late wife is just in the other room and forgets to put his trousers back on after going to the bathroom. Jon Rafferty thinks that Lily took advantage of an old man who would have been exhibiting obvious signs of dementia for several months at the least.

He plans to evict the glampground as soon as he can get power-of-attorney awarded by the courts – which he’ll have no problem doing and he knows it.

But Rosemary put a second mortgage on her house/B&B/Yoga Retreat in order to make Lily’s dreams a reality. She needs help fighting this battle that she needs to win. And that’s where her older daughter Cami comes in. Cami is an attorney dealing with contract law. She knows exactly what she’s up against – and she’s surprised and annoyed that her mother, once the wife of a high-powered attorney, would ever have gotten herself into this fix.

That Lily went off half-cocked isn’t a surprise at all, but that her mother went even further makes this mess a potential catastrophe. One that Cami doesn’t have the time or inclination to deal with for reasons both personal and professional. But mostly personal.

So she does what she knows she has to, whether she wants to or not. She decides to take this chance to help her mother – and to connect with the woman who took herself and her twin daughters away from both the husband she was divorcing AND the daughter she thought didn’t need her.

In finally sticking herself into Sanctuary Cove, Cami finds all the things that have been missing from her life for so long. Her mother. Her remaining sister, mourning the loss of her twin at a depth even greater than the loss grieving both Cami and their mother, and who needs to make a connection to the sister she has left.

And in her “negotiations” with Jon Rafferty she finds a kindred spirit she never believed existed. She just has to decide whether what she’s found – in a place she never expected to find much of anything at all – is worth hanging on to.

Escape Rating B: Summer at the Cape is relationship fiction more than it is romance. Not that a romance doesn’t occur – actually three romances – but the romances are not the center of the story.

The heart of this story is the sometimes rocky, somewhat distant relationships between Cami, her twin sisters Violet and Lily, and their mother Rosemary. And, as it turns out at the end of the story, the relationship between their divorced parents Rosemary and Ted.

It’s also about the distant, fractured relationship between Franklin Rafferty and his son Jon.

Both families are in mourning in different ways. For the Porters, it’s pretty obvious that they are grieving Lily’s loss. But Lily was not the glue holding the family together – because it hasn’t been together in years.

When Ted and Rosemary divorced, the split the girls geographically, even though they were already somewhat split emotionally. Lily and Violet were twins, a unit unto themselves. Cami wasn’t just older, she was also extremely intelligent (think Hermione Granger) and very driven. Both parents thought that Cami needed the intellectual stimulation of living with her father in LA and going to “the best” schools. But that split became a chasm, leaving Cami to navigate the cutthroat social scene of prep school, college and law school pretty much alone while her dad continued to pour his heart and soul into his work and the twins developed an even closer knit relationship with their mother that involved a lot of shared activities and fun.

The relationship between Jon and his father fractured after his mother was killed in an automobile accident. Jon blamed his father for being too busy to have been with his mother – who then wouldn’t have been driving and wouldn’t have had the accident that killed her. They haven’t spoken in three years. Jon coming home is a chance for them to reconnect, even as he’s forced to realize that their break cost him time with the dad who is losing himself right in front of his eyes.

That Jon and Cami – from their separate places of career and distance and hurt – connect with each other is not a surprise – although it is a revelation for both of them. The second-chance at love romances of between Violet and her high school sweetheart and between Rosemary and her ex, Ted, are also part of the weave of the story.

But it’s the community that shines in this one. Not just the way that Sanctuary Cove comes together to honor Lily’s sacrifice, but also the way that the townies AND the guests of the glampground all pitch in to help Jon and save Franklin when the older man gets lost in a storm.

So, the romances may be a bit understated (Rosemary and Ted’s renewed relationship comes a bit out of left field) but if you’re looking for a heartwarming story of family and community, Summer at the Cape is a charming place to visit and you might even want to live there.