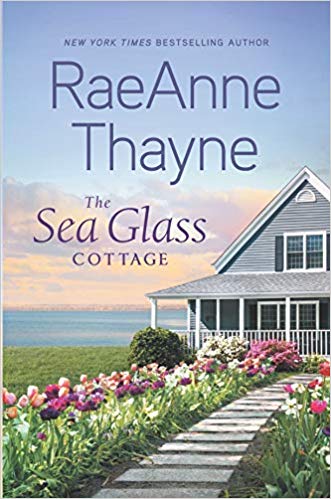 The life Olivia Harper always dreamed of isn’t so dreamy these days. The 16-hour work days are unfulfilling and so are things with her on-again, off-again boyfriend. But when she hears that her estranged mother, Juliet, has been seriously injured in a car accident, Liv has no choice but to pack up her life and head home to beautiful Cape Sanctuary on the Northern California coast.

It’s just for a few months—that’s what Liv keeps telling herself. But the closer she gets to Cape Sanctuary, the painful memories start flooding back: Natalie, her vibrant, passionate older sister who downward-spiraled into addiction. The fights with her mother who enabled her sister at every turn. The overdose that took Natalie, leaving her now-teenaged daughter, Caitlin, an orphan.

As Liv tries to balance her own needs with those of her injured mother and an obstinate, resentful fifteen-year-old, it becomes clear that all three Harper women have been keeping heartbreaking secrets from one another. And as those secrets are revealed, Liv, Juliet, and Caitlin will see that it’s never too late—or too early—to heal family wounds and find forgiveness.

One of the great things about being part of, let’s call it pre-Millennial Generation is that all of our youthful embarrassments and peccadilloes were thankfully NOT recorded and posted on the interwebs for all to see – and for all to resurrect from the dusty vaults of the Internet Archive or the Wayback Machine if we become even semi-famous, whether accidentally or on purpose.

The things that Olivia Harper and her late sister Natalie wrote in their high school diaries creep out of the dusty past to bedevil and haunt not just the still-surviving – and still wounded – Olivia after all these years, but also Natalie’s daughter Caitlin, now 15 and searching for the baby daddy that her mother never revealed to a soul. Not her daughter, not her mother, not her sister, not her best friend – not even the baby daddy himself.

There’s also a feeling that this story is about self-protection and self-preservation, especially of the variety where we lie to someone in a way that is supposed to protect them, but is really all about covering our own broken places and protecting ourselves.

At the heart of this story, of the Sea Glass Cottage itself, is a circle of those kinds of social – and emotionally distancing – lies.

Olivia’s ability to continue telling herself she is absolutely fine is shaken when she witnesses a senseless attack in her favorite coffee shop. Her emotional and physical distance from her mother is shattered when her mother’s fall from a ladder puts Juliet into the hospital and rehab, forcing Juliet to acknowledge that she needs her daughter’s help – and that she’s in love with her friend and neighbor, Henry.

Olivia’s return to Cape Sanctuary makes her re-examine her life, her relationships, and the job that keeps her well-paid but prevents her from fulfilling her dreams.

And Caitlin’s compulsive reading of both her mother’s and her aunt’s teenage diaries brings all of the secrets that have been hidden out into the open, surprising everyone with just how much they’ve all been hiding in the vain attempt to keep each other “safe”.

The kind of safety they are all trying to maintain is an illusion, but love, on the other hand, is very, very real. If you let it in.

Escape Rating B+: The Sea Glass Cottage isn’t really a romance, in spite of the number of romances that take place within its pages. And not that two of its heroines don’t find their HEA by the time the story ends.

But the heart of this story is the relationship between three generations of Harper women, grandmother Juliet, daughter Olivia, and granddaughter Caitlin. And even 15-year-old Caitlin’s HEA is hinted at being somewhere in her future, just not yet.

But it’s the way that the relationships among the three women are changed by Juliet’s accident and Olivia’s return to Sanctuary Cove that create the beating heart of this story. And at the center of their story – and their estrangements – are a series of lies and half-truths that have kept them apart and in some ways kept them broken for most of Caitlin’s life.

What reshapes their story and their lives is the unraveling of the truth about the events that took Steve Harper’s life all those years ago. Juliet’s husband Steve was the chief of the volunteer fire department, and he died in a fire that he should never have entered, alone and unequipped, because he believed his daughter’s best friend was inside the burning house.

And that’s a burden that Cooper Vance, the best friend in question, has been shouldering alone for all these years. He feels like he’s the reason his friend and mentor died, and indirectly the reason that the Harper family fell to shreds – as well as the reason that Natalie fell into addiction until it killed her.

Caitlin’s discovery of her mother’s and her aunt’s diaries has opened all of the old wounds, but Caitlin, like Cooper, like Juliet and like Olivia, tries to bear the weight of those secrets alone. Until they all come spilling out, all the ugly truths are finally revealed, and healing can finally begin.

At the beginning of the story, Caitlin is, quite honestly, a bitch all the way around. She’s 15 and trying to hold a terrible secret. She lashes out at pretty much everyone around her, and her parts are difficult to read for quite a while into the story. She does get less abrasive as the story goes on and the reveals start coming, but it takes a while.

She’s holding her aunt Olivia responsible for crap she said when she was hurting, oddly enough around the age that Caitlin is now. But Caitlin isn’t able to make the leap from her own hurt feelings to the idea that an adult in her life, one that she loved and respected, was once a whiny teenage girl – just like her.

The romances are of the extremely slow burn variety. A burn that catches its fire off-screen, but the slow progression of the romances feels right for the way that the story works. I found it particularly poignant that one of those romances featured 50something Olivia, and was with her younger friend and neighbor at that! Her hesitance and the reasons for it felt very real.

Although the first half of the book was a bit slow-going, it has a lot of heavy lifting to do, setting up the relationships, the crises, the family background and all the secrets. Once this one gets going, it reads really fast as the hits come thick and fast and all of the burning issues get resolved. So when you start this one, have a little patience and hang on for a lovely read!