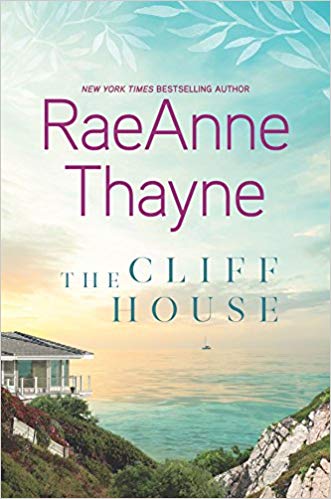 After the death of their mother, sisters Daisy and Beatriz Davenport found a home with their aunt Stella in the beautiful and welcoming town of Cape Sanctuary. They never knew all the dreams that Stella sacrificed to ensure they had everything they’d ever need. Now, with Daisy and Bea grown, it’s time for Stella to reveal the secret she’s been keeping from them—a secret that will change their family forever.

Bea thought she’d sown all her wild oats when she got pregnant far too young. The marriage that followed was rocky and not destined to last, but it gave Bea her wonderful, mature, now eleven-year-old daughter, Marisol. But just as she’s beginning to pursue a new love with an old friend, Bea’s ex-husband resurfaces and turns their lives completely upside down.

Then there’s Daisy—sensible, rational, financially prudent Daisy. She’s never taken a risk in her life—until she meets a man who makes her question everything she thought she knew about life, love and the power of taking chances.

In this heartwarming story, Stella, Bea and Daisy will discover that the path to true happiness is filled with twists and turns, but love always leads them back home.

I had kind of an interesting reaction to The Cliff House. First of all, RaeAnne Thayne is an author I usually enjoy, so I was expecting to be charmed by this story. And it is, like yesterday’s book, very charming.

In some ways, the story reminded me more than a bit of several of Susan Mallery’s standalone books. Just as in her recent California Girls, and particularly in her Daughters of the Bride, The Cliff House is the story of three closely related women. In today’s story, those women are sisters Daisy and Bea, and their aunt, Stella, who raised them after the death of their mother, Stella’s older sister Jewel.

In The Cliff House, each of the Davenport women finds love, fulfillment, and a closer relationship with the other two. But the road to getting there is rocky in many, many ways.

On the romantic front, those romances are very different. The man who Stella left behind in order to get custody of her nieces returns to her life with a pre-teen daughter in tow. His advent in Cape Sanctuary occurs just as Stella discovers that the “turkey baster” did the trick. She’s 40 and has just that moment learned that she is pregnant by artificial insemination with a baby she plans to raise on her own.

Bea finally figures out that she is in love with the man who has been her best friend since 5th grade. Her timing, however, is equally off, as her great revelation occurs just when her rock star ex-husband comes back to town. And while Bea is certain she is no longer in love with the man, he’s putting on a full-court press to get her back – and she can’t help but wonder if getting back together with the father of her pre-teen daughter might not be the best thing for Marisol – if not for herself.

Last but not least, practical, sensible Daisy makes the mistake of falling for both a man and a dog whose presence in Cape Sanctuary is only ever going to be temporary. Daisy learned the lesson a long time ago not to ever depend on anyone because they might be taken away. It’s what’s happened to her before, with disastrous consequences. Why risk her heart when she is certain that it will all happen again?

And the heartbreak certain does come, but not in the way that any of them had imagined. And not in any way that can’t be gotten past if not over, but only if they each learn to rely on the people around them – and on each other.

Escape Rating B: As I said, I had an interesting reaction to this story. The town of Cape Sanctuary is a lovely place, and we get more than a glimpse of what draws people to the little town on the California coast.

The events of the story are wrapped around Cape Sanctuary’s annual Hearts and Arts Festival. The Festival benefits the non-profit association that Stella founded to raise awareness of the difficulties of finding Foster Parents and to provide financial support for some of the people willing to take on that necessary work.

Stella started the Foundation after raising not just her nieces, but after opening her home and her heart to other children in need of fostering. It’s a worthy cause and seems to be a terrific event.

All of the romantic and relationship entanglements are intertwined with the planning for the event and the execution of it, giving readers a chance to see the town work and see this family of women work so well together.

I really liked Daisy’s story and her romance with an award-winning documentary filmmaker. Who also happens to be the man who saved her ex-brother-in-law’s life after a knife attack by the jealous husband of one of his many, many groupies. But Daisy’s life is firmly tied to Cape Sanctuary and Gabe’s life and work are always on the road.

Daisy’s story was interesting to me in part because Daisy had so many interesting secrets that she kept so close. And keeping those secrets kept her from opening herself up, not just to romantic love but also to the love of her sister and her aunt. Daisy is the person who does the most growing as part of her arc of the story.

Daisy’s story was also the only one of the three that did not somehow revolve around motherhood. As someone who is childless by very definite choice, both Stella’s desire to become a mother at any cost and Bea’s unwillingness to tell her cheating ex to go fly a kite because it might be better for their daughter if they got back together didn’t work for me – although I fully recognize that most readers will have more understanding of Stella’s situation than I did.

Bea’s story drove me a bit batty, because her daughter would not be better off watching her father disrespect her mother by cheating on her over and over (and over) again. When they split she might have been too young for it to really register, but at 11 she’s more than old enough to understand, if not infidelity, at least that her father made her mother miserable and would be doing it again.

So, of the three romances, Daisy’s worked really well for me (and the secret she was keeping from everyone was absolutely delicious!). I recognize that Stella’s plight was well-written but just wasn’t my cuppa, and that I wanted Bea to get hit by a clue-by-four.

It is a lovely, well-written story, and one or more of the romances, as well as the deep, abiding love between the three women, is bound to appeal to lots of readers. Hopefully you!

I’m giving away a copy of The Cliff House to one lucky US commenter on this tour! 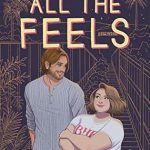 Review: All the Feels by Olivia Dade

Review: The Bad-Ass Librarians of Timbuktu and Their Race to Save the World’s Most Precious Manuscripts by Joshua Hammer 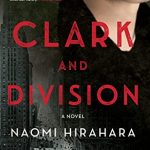 9 thoughts on “Review: The Cliff House by RaeAnne Thayne + Giveaway”