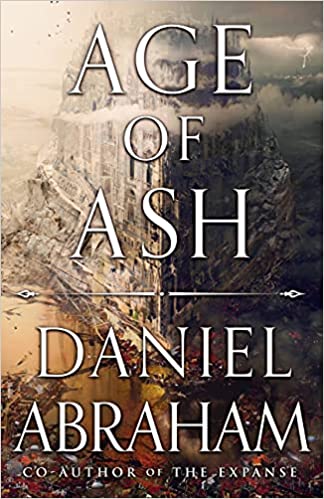 
, comes a monumental epic fantasy trilogy that unfolds within the walls of a single great city, over the course of one tumultuous year, where every story matters, and the fate of the city is woven from them all.
“An atmospheric and fascinating tapestry, woven with skill and patience.” –Joe Abercrombie, New York Times bestselling author of A Little Hatred
Kithamar is a center of trade and wealth, an ancient city with a long, bloody history where countless thousands live and their stories unfold.
This is Alys's.
When her brother is murdered, a petty thief from the slums of Longhill sets out to discover who killed him and why.  But the more she discovers about him, the more she learns about herself, and the truths she finds are more dangerous than knives.
Swept up in an intrigue as deep as the roots of Kithamar, where the secrets of the lowest born can sometimes topple thrones, the story Alys chooses will have the power to change everything.
For more from Daniel Abraham, check out: The Dagger and the CoinThe Dragon's PathThe King's BloodThe Tyrant's LawThe Widow's HouseThe Spider's War

There’s a secret at the heart of the city of Kithamar, but I’m not sure that we’ve plumbed the depths of it by the end of the first book in this projected trilogy. We’ve seen it as if through that glass very darkly indeed. I imagine that we won’t get the view face-to-face until much nearer the end.

So what do we have here?

Age of Ash is, at its own heart, a whole lot of setup and worldbuilding, in a world that really, really needs it in order for the reader to see where they are and why it matters. That setup, that story is told from the perspectives of two (very) young women at the bottom of this city-state-world’s economic ladder.

Alys and Sammish are descendants of Kithamar’s indigenous population, the Inlisc. Like most Inlisc they live in the downtrodden community-not-quite-ghetto of Longhill. They are both what the city calls “street-rats”, a term that is applied to all Longhill residents, but particularly to those who are so close to the bottom of the ladder – not that anyone Inlisc or anyone in Longhill is anywhere near the top – that they are one bad break or poor choice or unprofitable “pull” from sleeping on the streets.

(A “pull” in Longhill parlance is a theft or a cheat or a con game. Everyone does it in one fashion or another, if only to get one-up on their friends or get enough coin to spend a night out of the weather.)

But someone in the rich quarters, in the palace of the Prince of the City, has committed what looks like the biggest pull of them all. They’ve managed to steal the city from the direct line of royalty by putting a “cuckoo” in the royal nest.

The forces that are arrayed to steal the city back are deeper, darker and much more dangerous than anyone imagines. The doings of the power-that-be or would-be should be far above the tiny influence of people like Alys and Sammish.

But these two young women find themselves at the heart of a conspiracy larger, deadlier and with more far-reaching consequences than either of them ever imagined.

Neither they nor their city will ever be the same. No matter how much the city itself tries to maintain the status quo that keeps it in power. 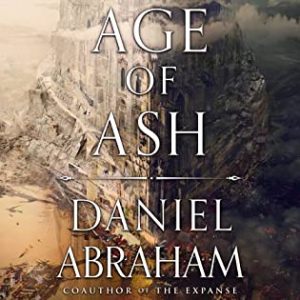 Escape Rating B: Oh do I have mixed feelings about this one, but let me get this out of the way first. I listened to the audiobook of Age of Ash, and the narrator did an excellent job with the material. But, but, but I had some serious issues with the material. This turned out to be one of those books where I was content enough to continue the audio because the reader was terrific but had absolutely ZERO compulsion to switch to the ebook because I just wasn’t compelled to finish the story any faster. The couple of times I tried to switch to the text it kind of turned me off so I went back to the audio.

One of the things that bothered me about the story, and I think it’s something that has been growing on me as an issue, is that it seems as if when a male author writes a heroine’s journey the heroine – or in this case heroines plural – is just way more angsty and suffers considerably more, well, angst, but also grief and are just generally more downtrodden than a hero would be going through the exact same circumstances. This was also true in both Engines of Empire and The Starless Crown. Don’t get me wrong, i’s great to see more female-centric stories, but male writers just seem to give their heroines more baggage than is necessary, and it’s baggage that comes from our world’s issues with female centric-stories that are not romances, and not baggage that is inherent in the created world.

There were entirely too many points where it seemed as if the two women were in a race to see which of them would win the TSTL (that’s Too Stupid To Live), award and get themselves killed. I was both amazed and pleased to see them finally get themselves out of that spiral, but it made for some rough reading.

I’m contrasting all of this with T. Kingfisher’s female-centric stories (A Wizard’s Guide to Defensive Baking, Nettle & Bone and pretty much all the women in the Saint of Steel series but especially Bishop Beartongue), because her heroines just GET ON WITH IT, whatever it is. They don’t have the time or inclination to angst about their personal issues and they don’t have to start their stories completely downtrodden. They have a problem and they set about solving it. Like male heroes do. Like women do in real life.

The above is all my 2 cents pitched from the top of a very tall soapbox. But it tasks me. It seriously tasks me.

<Give me a second, I need to summon a stepstool to get down off this box.>

Back to Age of Ash in particular. The part of the story that is both fascinating and completely shrouded in mystery is the nature of the city and its ruling class, which is the secret at the heart of both. I don’t want to spoil it completely, although we do get hints of it fairly early, but it takes concepts from Dragon Age, The Anubis Gates, The Ruin of Kings and even more surprisingly The City We Became and wraps them up into a spiky ball with an overwhelming – but very interesting – swath of collateral damage.

And I don’t think we’ve nearly found out just how deeply awful that whole situation is yet. Probably all the way down to a circle of hell that not even Dante imagined.

Particularly because there’s plenty rotten at the heart of Kithamar, and it doesn’t all have to do with the mystical, magical mess that the plot – and the political plots IN the story – all circle around. It’s like an Ankh-Morpork without Vetinari at the helm to keep the city functional. Even the weather seems to be getting worse.

It feels like Age of Ash is an attempt to show a revolution starting at the bottom, with the tiny pebble starting an avalanche that will eventually consume the city – in spite of the city’s attempts to stop it. It’s certainly a very sympathetic portrait of life at the bottom of an epic fantasy city. By centering on Alys and Sammish barely getting by the reader gets an intimate view of just how firmly the deck can be stacked against people by accident of their birth, and how much effort, legal or illegal, is required just to get through another day in circumstances that can’t be changed easily or at all.

Also, the blurb feels wrong, because in the end this is not Alys’s story. It may start out that way, but by the end it’s Sammish’s story. And it’s the city’s story all along. It always has been. Whether it always will be is something that we’ll discover in the later books in the series.

Which I think will still be worth a listen – if only to discover what happens next.