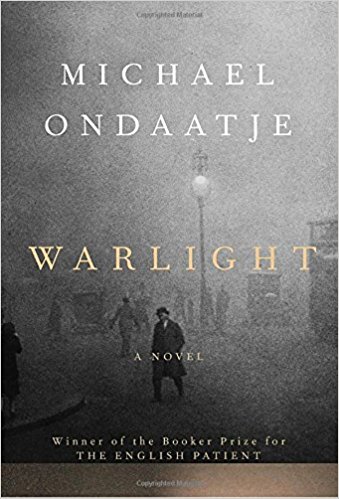 From the internationally acclaimed, best-selling author of The English Patient: a mesmerizing new novel that tells a dramatic story set in the decade after World War II through the lives of a small group of unexpected characters and two teenagers whose lives are indelibly shaped by their unwitting involvement.

In a narrative as beguiling and mysterious as memory itself--shadowed and luminous at once--we read the story of fourteen-year-old Nathaniel, and his older sister, Rachel. In 1945, just after World War II, they stay behind in London when their parents move to Singapore, leaving them in the care of a mysterious figure named The Moth. They suspect he might be a criminal, and they grow both more convinced and less concerned as they come to know his eccentric crew of friends: men and women joined by a shared history of unspecified service during the war, all of whom seem, in some way, determined now to protect, and educate (in rather unusual ways) Rachel and Nathaniel. But are they really what and who they claim to be? And what does it mean when the siblings' mother returns after months of silence without their father, explaining nothing, excusing nothing? A dozen years later, Nathaniel begins to uncover all that he didn't know and understand in that time, and it is this journey--through facts, recollection, and imagination--that he narrates in this masterwork from one of the great writers of our time.

I picked this one up because of the World War II angle. It sounded like a combination of coming-of-age and voyage of discovery. At least it sounded like a boy with a murky past grows up and discovers what the murk was all about.

But it isn’t. Or he doesn’t. Perhaps a little bit of both.

The beginning is certainly promising. 14-year-old Nathaniel and his 16-year-old sister Rachel are left in the guardianship of someone who begins as a temporary lodger in their house – at least as far as the children know. It is 1945 and the war is over. But for Nathaniel and Rachel, it seems as if the peace is going to be even more dangerous than the war.

Warlight is the semi-luminous shadowed darkness that existed at night, in Britain, under the blackout of World War II. Things were only seen in shadow, and people acted in that shadow.

In this story, the shadowy deeds conducted in that warlight continue to haunt the post-war period, and it is the warlight of his memory that Nathaniel attempts to navigate.

The first part of the book takes place during that immediate post-war period, when Nathaniel and Rachel are abandoned in the care of a man they nickname ‘The Moth’. They believe he might be a criminal. Certainly the lives that Nathaniel and Rachel lead while under his care are highly irregular, as are the characters that come to inhabit that life.

Those post-war, post-Blitz years are highly chaotic, and so is everything that surrounds them. But our perspective of those years is through Nathaniel’s memories, viewed through the lens of his adulthood in the 1950s, and his work with an unnamed secret agency, probably MI5 or MI6. His job is to sanitize the parts of the war that were conducted in a grey area. Probably in very deep shades of grey. Shades that seemed as if they were conducted ‘for the greater good’ in wartime, but that in peacetime are going to appear pretty damning. If they ever come to light.

It’s part of Nathaniel’s job to see that they don’t.

But his real purpose in the depths of that nameless agency is to hunt for traces of his mother. Because during the war, she was one of those people who operated in that grey. And during the peace, the results of those actions eventually came for her.

Nathaniel wants to learn why. Not just that why, but all the whys. And his search leads him back into his memories – and back into the grey warlight.

Escape Rating B-: I’m not actually sure I escaped anywhere with this one. It’s a weird book. From the description, I expected something more definitive, at least in the part of the book where Nathaniel is an adult and is searching for the past and the truth about that past.

But it doesn’t feel like there are any truly definitive events, at least until the very end when Nathaniel reconstructs what he thinks happened. But even then, he doesn’t really know, he’s only guessing.

And he is a very unreliable narrator. He doesn’t find much in the way of names and dates and places and documentation of any of the above. He finds bits and pieces and suppositions and suggestive blank spaces, both because his mother deliberately tried to erase her past and because the agency she worked for has erased anything murky in its past, and a lot of that murk is wrapped around his mother and her colleagues – many of whom were people that Nathaniel knew and didn’t know, both at the same time.

This is a book that I think people are either going to love or hate, but not much in the middle. It is very much literary fiction, in that it meanders a lot and not a lot clearly happens. But underneath that it says a lot of interesting things about what is condoned in war and condemned in peace, and the lengths that people and governments will go to in order to make sure that certain truths don’t ever see the full light of day.