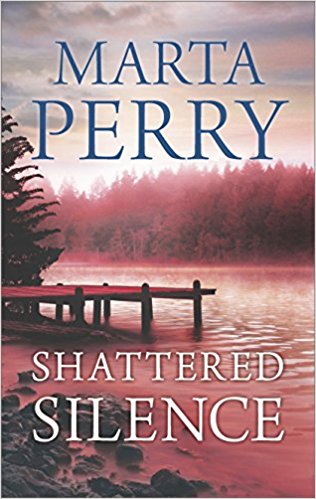 A woman on the run seeks sanctuary in a peaceful Pennsylvania Dutch community--and finds a protector in the most unlikely of men...One moment Rachel Hartline is secure in her career and community. The next, she's in the wrong place at the wrong time--watching her ex-husband commit a crime that puts her in unfathomable danger. Fear and hurt send her home to an Amish farm and the family she's always trusted. But a private investigator is close behind--and he may be a threat to her in more ways than one...Cold, calculating Clint Mordan isn't convinced Rachel is as innocent in her ex-husband's schemes as she claims, but when her ex's enemies target Rachel, Clint is driven to keep her safe. Maybe the terror in her beautiful eyes and the target on her back aren't an act. But as his feelings toward her deepen, Clint realizes he's the only one who can keep Rachel alive in a game where only the killer knows the stakes.

This story opens with Rachel Hartline trying to get her ex-husband to sign off on the documents to put the house they still jointly own on the market. He’s promised to sign off, but he’s made plenty of promises throughout their marriage, and seems to have kept very few of them.

And he still doesn’t sign the damn papers. But he does leave her holding the bag, so to speak, when his theft is discovered and everyone wants to retrieve the documents he copied – especially his ex-friend and extremely antisocial boss.

That’s where Clint Mordan comes in. Said boss has hired his private investigations firm to discover the stolen documents – and Rachel is the first and best suspect. If not for the theft itself, then certainly for helping out her ex. She seems strangely protective of the man – more than seems logical to the initially skeptical private investigator. Most ex-wives wouldn’t piss on their ex-husbands if the men were on fire, so Rachel’s reluctance to cooperate seems suspicious.

At least until her house is broken into and she’s attacked. Whatever is going on, someone seems determined to get something out of Rachel that she doesn’t have – and not just Clint.

But in the process of following Rachel from Philadelphia to her grandparents’ home in the tiny Amish community of Echo Falls, Clint figures out that whatever loyalty Rachel might still feel, it doesn’t including lying or covering up for her ex-husband.

And while Clint may indeed be paranoid, there is certainly someone out to get Rachel. And it isn’t her ex.

The longer the case goes on, the more that Clint and his partner realize that their client is keeping them in the dark. And the more protective of Rachel Clint becomes. And the more she trusts him, in spite of her fairly awful track record with trusting men.

But can either of them trust the feelings that have arisen in the midst of so much terror?

Escape Rating B+: I seem fated to read the final book in one of Marta Perry’s trilogies without having read the first books first. And to those books turning out to be the right book at the right time each time.

I was interested in Shattered Silence because of its ties to the Pennsylvania Dutch community without being fully set in that world. My husband grew up English in and around Lancaster Pennsylvania, so the Amish background always piques my interest. This story felt like it did a particularly good job of opening a window into that world without pretending to tell a story that is part of it. The times that I’ve read Amish-set books out loud to him he usually finds the descriptions pretty laughable, but that wasn’t the case here. 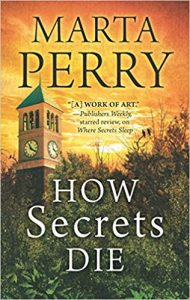 Shattered Silence turned out to be great romantic suspense. The danger reaches out and grabs the reader from the very beginning, with an exasperated Rachel discovering her ex in the middle of something highly questionable, and moving on from there as Rachel is forced to jump out of the frying pan into the fire.

I also liked the way that while she ended up in trouble over and over, she did not come off as too stupid to live as is so often in the case in “heroine in jeopardy” type romantic suspense. The mess is not her doing, and the mistakes she makes seem realistic. She lets her guard down repeatedly, but only when she thinks she’s in a safe place or that the danger seems over.

The interlude at grandparents’ farm provided a marvelous break in the tension while showing more interesting facets of all the characters. That she and Clint turn to each other in the midst of all of the drama, but also feel reluctant to trust and worried that the heightened tension of the situation is causing them to act out of characters felt right.

The resolution to the mystery felt right, as did their earning of their HEA. And while Rachel bore part of the responsibility for ending up in that final confrontation, she was equally responsible for helping to rescue herself. And that’s the kind of HEA I always love!

I am giving away a paperback copy of Shattered Silence to one lucky US/Canadian commenter on this tour!