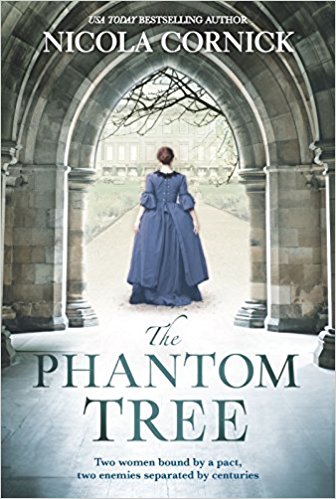 “My name is Mary Seymour and I am the daughter of one queen and the niece of another.”

Browsing antiques shops in Wiltshire, Alison Bannister stumbles across a delicate old portrait—supposedly of Anne Boleyn. Except Alison knows better. The subject is Mary Seymour, the daughter of Katherine Parr, who was taken to Wolf Hall in 1557 as an unwanted orphan and presumed dead after going missing as a child. And Alison knows this because she, too, was in Wolf Hall...with Mary...in 1557.

The painting of Mary is more than just a beautiful object for Alison—it holds the key to her past life, the unlocking of the mystery surrounding Mary’s disappearance and how Alison can get back to her own time. But Alison’s quest soon takes a dark and foreboding turn, as a meeting place called the Phantom Tree harbors secrets in its shadows...

A spellbinding tale for fans of Kate Morton, Philippa Gregory and Barbara Erskine by the bestselling author of House of Shadows.

We begin this story by being dropped into the middle. Alison Banastre sees a painting purported to be of Anne Boleyn in the window of an antiques shop, and knows immediately that the identification is wrong.

Anne Boleyn did not sit for that 16th century portrait, but Mary Seymour did. Alison is probably the only person in the 21st century who could be so utterly certainly that the sitter was Mary and not Anne because Alison knew Mary.

I don’t mean in the sense of “knowing about” a historical figure. I mean known, as in met, talked with, even lived with, for years. Because Alison was born in the 16th century. She managed to slip through time to escape her world for ours at a time when she was desperately in need of an escape – even if she didn’t know the cost.

And that’s the story. We see both the circumstances in the 1550s and 1560s that set Alison on her course – and we’re with her in the here and now as she deals with what came before – and where she might go from there.

This story is told from two perspectives, Alison’s in the 21st century, and Mary’s in the 16th. We see both how they met and also inside their heads – what they thought of each other. One of the interesting things about the way this story works is that this is not about a bond of friendship.

They don’t even like each other and are, at best, frenemies. But they are also closer than sisters – admittedly sisters with a whole lot of sibling rivalry in the mix. They need each other, and both of them hate to admit it.

In the end, they are bound by a promise. Mary promises to find the son who was taken away from Alison and leave her clues to his fate. Alison promises to come back and find Mary. In the end, they both manage to keep those promises, but not in the way that either of them ever expected.

Escape Rating A: The Phantom Tree is a timeslip story. Alison manages to literally slip between the 16th century and the 21st, accidentally and repeatedly, until the moment when she really, really needs to go back and discovers that she can’t.

She makes a life in the 21st century, hoping against hope that someday the way will open for her again – and that when it does she’ll know where to go.

While the time travel itself is certainly handwavium, Alison’s dilemmas in both times feel heartfelt and even heartbreaking. In the 16th century she is a woman at the edge of the nobility, always a dependent, always at the mercy of others with more money and power, and as a woman, unable to make her own way in the world. Not that she isn’t willing, but she no skills and little opportunity.

She’s a pawn and an ill-used one at that. She’s also intelligent enough to know it. Her time slipping gives her the chance to escape her fate, one that seems to get worse and worser as her life goes on.

We also feel for her in the 21st century. She is forced to make a life, and manages to do so, in spite of having no 21st century education and no documented background. The prospect of going back to her own time and finding her child is her guiding star – but one that does not prevent her from falling hopelessly in love in the 21st century. And then giving up that love because she can’t be honest about who she is.

Mary’s story makes the 16th century come alive. She is also at the fringe of nobility, and is also a pawn. But she sees the machinations of those who would use her for their own gain, and does her best to survive, thwart them and keep her promise to Alison. She fails at one, and only barely succeeds at the others.

There is a tradition of time travel and time slip stories, and The Phantom Tree stands up well to others of the genre. In some small things, particularly the way that Alison lives in the present but mourns the past, she may remind some readers of Claire in Outlander. The tragic aspects of both Alison’s and Mary’s lives, as well as the time period in which the early parts of their story take place, made me think of Green Darkness by Anya Seton, which revolves around a much different kind of time travel handwavium, but also returns readers to the 16th century and the reign of the Tudors.

Lovers of time slip and time travel fiction will find The Phantom Tree to be a dark, tragic and ultimately triumphant delight. 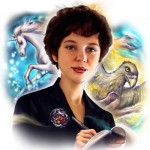 3 thoughts on “Review: The Phantom Tree by Nicola Cornick”