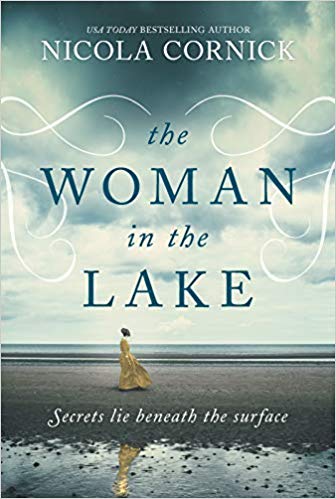 From the bestselling author of House of Shadows and The Phantom Tree comes a spellbinding tale of jealousy, greed, plotting and revenge—part history, part mystery—for fans of Kate Morton, Susanna Kearsley and Barbara Erskine

Lady Isabella Gerard, a respectable member of Georgian society, orders her maid to take her new golden gown and destroy it, its shimmering beauty tainted by the actions of her brutal husband the night before.

Three months later, Lord Gerard stands at the shoreline of the lake, looking down at a woman wearing the golden gown. As the body slowly rolls over to reveal her face, it’s clear this was not his intended victim…

When a gown she stole from a historic home as a child is mysteriously returned to Fenella Brightwell, it begins to possess her in exactly the same way that it did as a girl. Soon the fragile new life Fen has created for herself away from her abusive ex-husband is threatened at its foundations by the gown’s power over her until she can't tell what is real and what is imaginary.

As Fen uncovers more about the gown and Isabella’s story, she begins to see the parallels with her own life. When each piece of history is revealed, the gown—and its past—seems to possess her more and more, culminating in a dramatic revelation set to destroy her sanity. 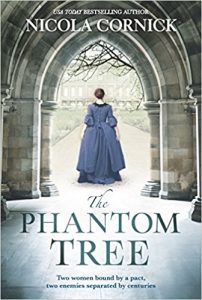 After reading The Phantom Tree last year, I was expecting The Woman in the Lake to be yet another marvelous piece of timeslip fiction by this author. I loved The Phantom Tree and was looking forward to more.

That’s not quite what I got.

The Woman in the Lake is what I call horror-adjacent. It’s really creepy with a constant air of menacing danger. Although it does “slip time” between the 18th century and the 21st, those slips just add to the air of Gothic horror.

You’ve heard about “Say Yes to the Dress”? This is a story where all of the people touched by it should have not merely said “No” to the dress, but really should have screamed “Hell NO” and run far and fast.

The dress is pure evil. Also laced with arsenic. And yes, you really can kill someone that way. The Borgias did, after all.

How the dress came to both embody and emanate so much evil is something that we only find out part of. We do learn how it was made – we just don’t ever find out how it got to be so powerfully malevolent in its own right.

What we see in this story about all the lives that revolve around and are ruined by this one beautiful, deadly, golden dress is that in the way that time slips and history almost repeats – there is a path to freedom.

But the only way to reach it is through fear, and pain. And even more fear.

Escape Rating B: This story was well and truly creepy. A bit creepier than I generally like to go. It did make the cross country plane trip go very fast – but I’m really glad I read it with ALL the lights on – and with plenty of company.

It’s not really about the dress. Well, it is, but it isn’t. The dress can’t make anyone do anything they weren’t already inclined towards, but it does seem to remove the inhibitions of conscience. We all have nasty thoughts from time to time, but conscience, or fear of consequences, prevent most of us from acting on the worst of those thoughts.

The story begins, and circles back around to, a group of men who did not have to let their consciences be their guides. In fact, the opposite. The Moonrakers of Swindon were smugglers. Smuggling wasn’t romantic, it was organized crime. Led by a group of men who would do anything to protect their illicit trade – including murder. In other words, these were men who terrorized an entire region and explicitly told their consciences to STFU.

The plan was for the gang leader to aid and abet a local lord with the murder of his wife, only for the plot to go horribly awry. And for the dress that was intended to do the deed to go skipping through history, leaving death and destruction in its wake.

Until it fetches up in the 21st century, in the hands of a woman who has no clue that she’s part of its long lost history, and a man who intends to reenact that long ago attempted murder.

One of the things that I loved about this book was the way that the story and the history came full circle in the end – and in a surprising way. Not just that history almost but not quite repeated, although it nearly does, but that everything that went around really did come around by the end.

One of the things that drove me a bit batty was the air of creeping menace that hangs over the entire story. It sucked me in. I kept looking for an exit, much as the heroine keeps looking for a way to escape her own past. As was certainly true for the heroine, the only way was through.

In the end, I’m left with mixed feelings. This is not the kind of book that I usually enjoy, but I was enthralled and couldn’t put it down until the end. And I’m still creeped out by the whole thing.

I’ll be over here in the corner. Still shuddering… 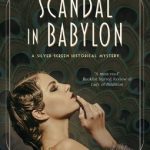 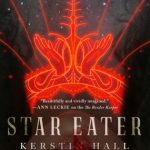 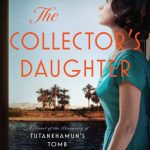 6 thoughts on “Review: The Woman in the Lake by Nicola Cornick”