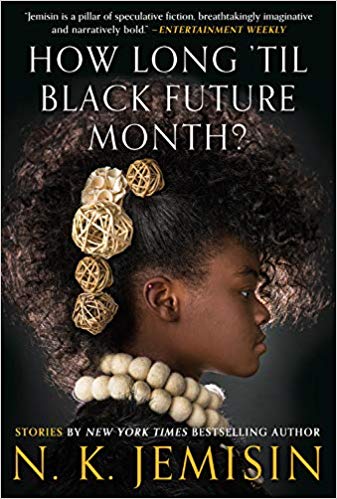 In these stories, Jemisin sharply examines modern society, infusing magic into the mundane, and drawing deft parallels in the fantasy realms of her imagination. Dragons and hateful spirits haunt the flooded city of New Orleans in the aftermath of Hurricane Katrina. In a parallel universe, a utopian society watches our world, trying to learn from our mistakes. A black mother in the Jim Crow south must figure out how to save her daughter from a fey offering impossible promises. And in the Hugo award-nominated short story “The City Born Great,” a young street kid fights to give birth to an old metropolis’s soul.

Have you ever taken a good, hard look at which groups get special “days” or “months” and which ones don’t? There’s no such thing as “WASP month” to celebrate White, Anglo-Saxon, Protestants, because they are considered the so-called “norm” even though they are increasingly not the majority even in the U.S. Especially when you take out the FEMALE WASPs, because Women’s History Month is its own thing, along with holidays and/or months that celebrate non-Anglo origins, non-Christian religions, and, particularly relevant to this book (and this month) non-White people.

As the author points out, there has been very little science fiction that includes non-white characters or posits a future as seen from the perspective of people of color. Also relatively few from a female perspective, or a non-cis, non-het perspective, or, again, any perspective other than male WASPs.

I’m not going to include treatments of religion in the future because that’s all over the map in its own way. My favorite treatment of Earth religions in the future is the Babylon 5 episode The Parliament of Dreams. And I really am digressing this time.

I recognize that I’m talking around the book, rather than about the book. I’m trying not to just SQUEE and it’s hard.

On my one hand, the collection is absolutely awesome from beginning to end. I loved every story, and that’s extremely rare for me in a short story collection.

On my other hand, all of the stories in this collection have been previously published. So anyone who follows this author has probably read some if not all of them. But for those looking at this author for the first time after her record-setting accomplishment of winning the Hugo Award for best novel three years in a row (for three books in a trilogy at that), this is a great (and accessible) place to start. 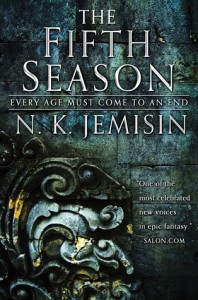 Personally speaking, I loved her Hundred Thousand Kingdoms but bounced hard off The Fifth Season – twice. After reading this collection, I’ll try it again – probably in audio this time.

Escape Rating A+: This is a marvelous collection of this author’s short works, providing a set of wonderfully readable stories, introducing new readers to a terrific, award-winning author (these two things are unfortunately not always synonymous), providing a perspective on the development of said author, a bit of dialog with the history of the genre, and, last but definitely not least, making any reader of SF wonder why the historical perspective of the genre (ironic, I know) has been so narrow-visioned.

A great read from beginning to end! 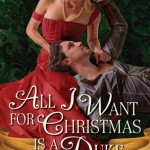 Review: All I Want for Christmas is a Duke by Delilah Marvell and Maire Claremont