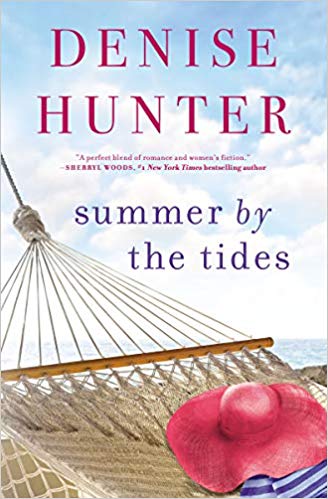 From the bestselling author of The Convenient Groom (now a beloved Hallmark Original movie) comes a heartfelt story of family secrets, forgiveness, and unexpected romance.

Following a painful betrayal, Maddy Monroe's love life is a wreck, and her restaurant career is in shambles. When her grandmother goes missing, she and her estranged sisters converge at the family beach house in Sea Haven, North Carolina. Being with uptight Nora and free-spirited Emma at the place where their family broke apart is a struggle, and undercurrents of jealousy and resentment threaten to pull the sisters under. In the midst of the storm, sparks begin to fly between Maddy and Gram's maddening neighbor, Connor Murphy.

As the sisters pack up the family belongings, memories of idyllic, slow-paced summers are resurrected. But long-buried secrets also come to light as Maddy discovers that all was not as it appeared that last summer in Sea Haven--nor today in the seemingly perfect lives of her sisters.

As family tensions rise and Connor causes tumult in Maddy's heart, the sisters must find a way to accept each other for the women they've become before the bitterness of the past destroys their hope for a future.

The Monroe family turns out to be a living embodiment of the Anna Karenina principle. You know the one, it’s that quote that goes, “Happy families are all alike; every unhappy family is unhappy in its own way.”

The Monroe sisters are all unhappy, and all of their unhappy leads back, in one way or another, to one summer 20 years ago when their lives were torn apart by betrayal. Actually, that should be betrayals, plural, because there were plenty to go around – including one that the sisters never knew about.

Secrets cast long shadows, and they hide lots and lots of baggage. Although, as one of the characters puts it very well, adult humans all have baggage. As we do.

The feisty old lady isn’t dead – she’s just missing – and she’s still sharp as a tack so whatever has happened to her it isn’t Alzheimer’s. But she seems to have left her cottage on an extended outing of some kind without either cancelling her newspaper, taking her car or telling anyone that she planned to take a trip.

Her worried neighbor (and occasional volunteer handyman) calls the sisters when Gran doesn’t turn up after a few days. He’s not her caretaker – she doesn’t need one – but whatever happened is out of character enough to worry him – and in turn, all three of her granddaughters.

Maddy, at loose ends after discovering that her boyfriend was cheating on her with their boss in order to cheat her out of a promotion, leaves Charleston for the four-hour drive to the North Carolina coast as soon as she comes out of her much-deserved funk. She has nothing to do in Charleston, no idea where she’s going to turn next and welcomes the distraction of her grandmother’s disappearance although certainly not the cause of it.

She arrives at her grandmother’s cottage to discover that both her sisters are on their way – and that neither knows the other is coming. Maddy is stuck in the peacemaker role between her two much older sisters. Sisters who have been at war with each other for 20 years with no letup.

By the time they learn that their Gran is alive and well and set them all up in her cottage for yet one more attempt at family reconciliation, they have all settled into the job of fixing up the cottage and clearing out the attics. And none of them seem to be in any hurry to leave. Maddy knows she has nothing to go back to in Charleston, but has no clue why either of her sisters, both happily married with busy lives and/or careers (at least as far as Maddy knows) seem to be not merely willing but downright eager to stay in Gran’s cottage and fix it up – albeit not with each other – for an infinite amount of time. And neither seems to be calling home.

Very much on Maddy’s other hand, she hasn’t exactly said anything about her sudden lack of either a job or a love life – so who knows what secrets her sisters are hiding?

When all the secrets that all of the Monroe women have been hiding – including Gran! – they pull together to save themselves – and to save each other – as a hurricane rips through Gran’s coastal community – and finally stitches their hearts back together.

Escape Rating B: Fair warning, this is going to be a mixed feelings review. There were a lot of things about this story to love – and one that still makes my blood boil more than a bit.

While the circumstances are different, Summer by the Tides is the kind of story that works well in women’s fiction – and this is more women’s fiction than it is romance although there certainly is more than a touch of romance. There have been several recent books by Susan Mallery that have explored parts or all of this themes, the warring sisters who finally make peace and come together in a crisis, and the family healing that comes after. There’s also been a recent book (whose title I can’t remember and it’s driving me crazy) where three women in a family gather together because all of their love lives and/or careers have gone to hell in a handcart at the same time.

In spite of not having siblings of my own – or perhaps because of it – I generally enjoy these stories. It’s fun to see them putting what’s gone wrong in their relationships with each other behind them, and watching them move forward into a brighter future. Any new romantic relationships they form in the course of the story are icing on the cake and not the actual cake. That’s true in Summer by the Tides as well. Not all of the happy ever afters are romantic, but all finish the book in happier and more fulfilling places than they began it.

I love a good romance as much as the next reader, but particularly for books that feature women in the 21st century I like the story much better when the women find their own fulfillment, whatever it might be, so that any romance they find is an enhancement to that fulfillment rather than the fulfillment itself. People can’t find happiness together unless they have it within themselves.

My 2 cents and I’ll step away from my soapbox for a minute. I’ll be getting back up on it later.

So I liked the story, I enjoyed the relationships between the sisters, and even though I guessed some of what had gone wrong in the past, the revelation was still heartbreaking and there were certainly aspects revealed that I had not previously figured out. The events were devastating, that they left all three sisters with serious trust issues made so much sense. That Maddy first distrusts Gran’s neighbor Connor, and takes hesitant steps towards a relationship fits well into the way the story and characters worked.

Okay, soapbox time, because this seriously affected my enjoyment of the story. Although it doesn’t become blatantly obviously until somewhere close to the halfway point, the characters in this story are explicitly Christian, which shouldn’t have been a surprise to me as the book is published by Thomas Nelson, a noted Christian publisher. That being said, I’ve recently read several books published by Nelson, and those have not been overtly or even covertly religious, so I was lulled and didn’t expect it here.

That some characters are religious is not the issue. People – and characters – do and don’t have belief systems, and those beliefs or lack thereof do affect their lives. What disturbed me greatly occurred in reference to Maddy’s ex, who is an absolute douchecanoe. That’s not a spoiler, it’s his douchecanoe nature that kicks off Maddy’s part of the story. But, and for me it was a huge but, when Maddy talks about her breakup, she says that she should have known he was a douche because he wasn’t a Christian. There’s an implication there that I find disturbing and unnerving, that only Christians can be trusted and that non-Christians by default have no moral or ethical code and should not be trusted.

And now I really will get down off my soapbox.

To sum it up, as I said at the top, there were plenty of things about this story that I liked, elements that I’ve read before and enjoyed, so I was happy to see them again. And there was one element that disturbed the hell out of me and reminded me to be more careful about books from this publisher.

3 thoughts on “Review: Summer by the Tides by Denise Hunter”