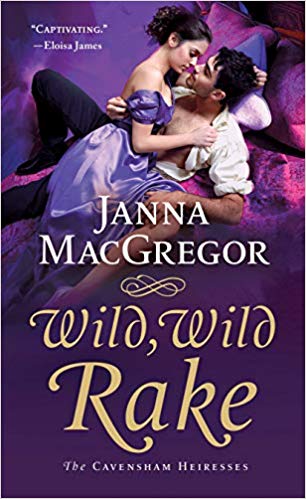 Her first marriage was an epic failure.

Lady Avalon Warwyck never did love her husband. Arrogant, selfish, and cruel, it’s a blessing when she’s widowed and left to raise her son all by herself. Finally, Avalon can live freely and do the work she loves: helping fallen women become businesswomen. She’s lived these past ten years with no desire to remarry―that is, until Mr. Devan Farris comes to town.

Can he convince her to take another chance at happily ever after?

Devan Farris―charming vicar, reputed rake, and the brother of Avalon’s son’s guardian―is reluctantly sent to town to keep tabs on Avalon and her son. Devan wishes he didn’t have to meddle in her affairs; he’s not one to trod on a woman’s independent nature and keen sense of convictions. But she’ll have nothing to do with vicar with a wild reputation―even though he’s never given his heart and body to another. If only he could find a way to show Avalon who he really is on the inside―a good, true soul looking for its other half. But how can prove that he wants to love and care for her. . .until death do they part?

Avalon Warwick’s marriage showed just how much grit was hidden under the glitter of the Regency. Her parents sold her in marriage to a man who absolutely despised her, to the point where he put his mistress in her place and exiled her to his country estate with as little money as he could indecently get away with.

All the while spreading stories around town that painted her as a cold, waspish spendthrift who left him. He ruined her reputation among the ton in every possible way except sexual, as he claimed she was much too cold to want any man in her bed.

But the only time their marriage was consummated left her with his son and heir, so when he died she received enough to maintain them, raise her son, and start an extremely charitable foundation in the village he exiled her to.

So things stand until the story opens, when the young Marquis is rising 10 and his male guardian, her late, unlamented husband’s friend, decrees that the boy should go to Eton as soon as he’s ready. Which in Avalon’s mind will be never.

The man he sends to tutor Thane is his brother Devan, a vicar known for his libertine ways. Devan’s job is to become the parish priest, tutor the boy in anything he might be lacking, and discover just exactly where Avalon is getting the money to set up and maintain that charitable foundation.

He’s happy to do the tutoring, but refuses the spying. Not that Avalon isn’t perfectly aware of why he’s been sent. She just thinks she can make him a better offer financially, to either turn him to her side or drive him away.

But her son wants to go to Eton. And he wants a father. He’s willing to manipulate events to keep Devan around as both tutor and father so he can go to Eton and not leave his mother lonely.

Devan discovers that he is surprisingly onboard with that plan. At least until fate steps in and makes a hash of everything, including the tenuous but surprising romance between Devan and Avalon.

Escape Rating B: This was definitely a mixed-feelings read for me, and it’s going to be a mixed feelings review.

This was a very hard book to read after the two previous books this week. Why? Because both of those featured heroines with a LOT of agency in situations where they could, or were forced to, exercise that agency at every turn.

Avalon, on the other hand, is in a situation where she needs agency and wants it badly but is forced at pretty much every turn to confront how little she has truly managed to claw out of the hands of the men who are legally able to control her life.

Not that she hasn’t done a damn good job carving out a fiefdom as best as she can, and not that she is not administering said fiefdom extremely well when the story begins, but the tension that underpins the eventual romance is the fact that Devan’s brother can take Avalon’s son away from her whenever he wants, and that Devan was sent by his brother to provide a pretext for that taking.

He doesn’t actually need such a pretext, but he’s trying to be a “gentleman” about it. GRRRR.

So the situation in this story gave me a screaming fit. At the same time, I finished the book at 2 in the morning because I wanted to see how the author resolved the romantic dilemma. Which means that the book is plenty well written, just that I’m not the audience for it.

But for readers who can get past or ignore the harsh realities that underlie Avalon’s situation, there’s a lovely romance between a woman who has done her very best to stand firmly on her own two feet and help as many other women as possible to rise with her and a man who appears to be one thing and is actually something entirely different.

Both Avalon and Devan do a very successful job of putting up a strong front – one that hides their equally soft and gooey centers. They are, after all, made for each other. Watching them figure that out was definitely the fun part of the story.

I’m giving away a copy of Wild, Wild Rake to one lucky US commenter on this tour!