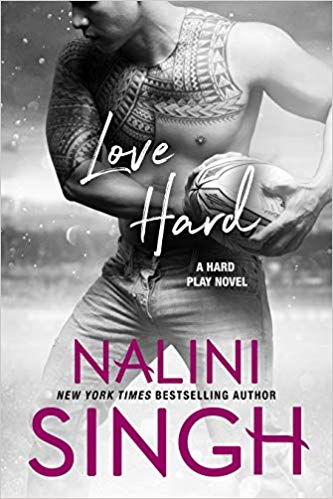 Jacob Esera, star rugby player and young single father, has worked hard to create a joyous life for his six-year-old daughter. After the death of his childhood sweetheart soon after their daughter’s birth, all Jake wants is safety and stability. No risks. No wild chances. And especially no Juliet Nelisi, former classmate, scandal magnet, and a woman who is a thorn in his side.

As a lonely teenager, Juliet embraced her bad-girl reputation as a shield against loneliness and rejection. Years later, having kicked a cheating sports-star ex to the curb, she has a prestigious job and loyal friends—and wants nothing to do with sportsmen. The last thing she expects is the fire that ignites between her and the stuffed-shirt golden boy who once loved her best friend. 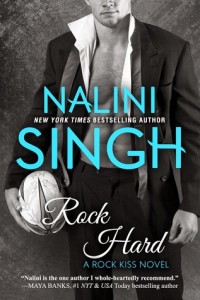 Until now the Hard Play series has been kind of a prequel to the author’s Rock Kiss series, but this entry is loosely a sequel to my personal favorite book in that series, Rock Hard. And while it was great to see the Mouse and T-Rex put the icing on the cake of their HEA with a wedding, Love Hard is not their story.

In fact, it’s kind of about standing alone – and discovering that maybe it’s time not to have to.

Juliet Nelisi is the Mouse Charlotte’s best friend, and we saw plenty of her as a secondary character in Rock Hard. But that wasn’t her story just like this isn’t Charlotte’s. In spite of Jules’ status as Charlotte’s long-time bestie, we learn in Love Hard that if there’s one thing Jules isn’t used to, it’s having someone to stand in her corner. She’s done plenty of that standing for other people, but very few have ever stood for her. Starting with her family.

The one person besides Charlotte who always stood in Jules’ corner was her high school bestie, Calypso. But Calypso died of meningitis not long after giving birth to her beautiful daughter Esme, and Jules still misses her every day.

Jules isn’t the only one still missing Calypso. Jacob Esera, little Esme’s father, is raising his daughter not exactly alone, but the help he has comes from his parents, his brothers, and his extended family. Between his top-flight professional rugby career and raising his daughter, he’s kept himself away from the groupies and the scandals that can come with being a young man at the top of pro sports.

Jake, at 24, feels like he buried the young man he used to be in the grave with Calypso, but he’s mourned and moved on. He has to keep going for Esme, for his family, and for his career.

The one thing he doesn’t factor on is Jules resurfacing in his life. Not like that. Jules and Calypso were besties, Calypso was Jake’s high school sweetheart, and the friend of his girlfriend, was, at best, a frenemy. They got along for Callie’s sake. Just barely.

At the time, Jules was trouble with a capital T. And everything that has happened in her life, at least the parts that Jake knows about from the gossip rags, say that she is still trouble. Big trouble. Huge trouble.

She drives him crazy in every possible way. And shakes him out of the staid, grey, safe zone he’s tried to live in since Callie’s death. But starting a relationship with Jules isn’t just ill-advised. It’s downright stupid. The gossip rags are still following her around after the juicy breakup of her marriage to a cricket star. Those same gossip rags are the last thing he wants in his life, especially sniffing around his 6-year-old daughter.

Jules has tried her best to live a quiet life, out of sight of the gossip rags, if not ever completely out of mind. Getting involved with another sports star will drag ALL of the old crap out of the woodwork, and set her up for yet another round of having her life invaded. She doesn’t want any part of that, and she especially doesn’t want any part of that invading Jake’s life with Esme, or his family.

But she wants Jake in spite of every instinct saying this is a really bad idea. The question is whether it is a good enough bad idea to take the risk?

Escape Rating A-: There are parts of this story that make me feel guilty for even looking at the headlines on the grocery store gossip magazine shelf, let alone ever clicking on a clickbait gossip headline on social media.

Speaking of which, have you ever noticed that, when it comes to the media, men are always talked about for who THEY are and what THEY do, but women are still almost always talked about in terms of who they married, regardless of their own accomplishments?

Both of those thoughts play into Jules’ side of this equation in a big way. While she may have been a troublemaker in high school, well, there were reasons. And it was high school, a big part of the point of which is to make mistakes and learn from them so you don’t make them later.

But her marriage, well, that mess was so not her fault as to be ridiculous. But he was the star and she was the girl from nowhere, so when the relationship ended, he controlled the narrative and got all the sympathy, while her reputation got trashed and trashed and trashed. It made for great clickbait and left her shell-shocked and gun shy. Especially since it seemed that everyone who even glanced at a tabloid made up their minds about her in an instant. Those rags got lots of mileage out of painting her as a gold-digging, lying, cheating predator, never mind that she signed an iron-clad prenup, so she didn’t get a dime, and that he was the liar, the cheater AND the predator.

It’s that past that both comes back to haunt Jules, and in the end teaches her that you can survive just about any storm if you have good people down in that storm shelter with you.

Her ex tries to resurrect their past scandal to put his name back in the headlines. His career is fading fast from too much “Life in the Fast Lane’, and he’s hoping to trade his remaining celebrity status for a cable TV show.

Jules wants to hide until the storm blows over, but Jake won’t let her. Instead, he stands with her, his entire family stands with her, and they all help her not just weather the storm, but turn it back against her ex. And in that process, she learns that she has someone who will stand with her through thick and thin, help her celebrate her wins, and help her recoup from her losses. It’s something she’s never had before.

But their relationship isn’t all one-sided. He needs her to be the wind beneath his wings, to get him out of that safe, staid, grey rut he’s been in. They do a whole lot better than just get by with a little, or a lot, of help from their friends.

So, on the one hand, this is a hot and steamy frenemies to lovers romance. On the other, it’s a story about not just finding but also accepting the right people to stand with, and to stand with you. About finding the person who helps you be strong in your broken places. And that’s a story that always makes for a very satisfying romance! 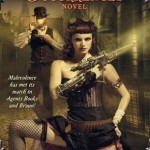