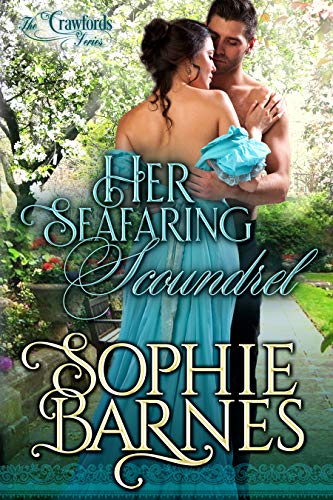 The last thing she wants is a husband…

Least of all one determined to win her heart…

Lady Cassandra has no desire to marry. But when Captain Devlin Crawford brings scandal to her doorstep and offers salvation, she cannot say no. Not with her daughter’s future at stake. So she decides to accept Devlin’s offer, provided he agrees to never being intimate with her. For although Cassandra is drawn to Devlin, she refuses to dishonor the memory of her one true love.

Devlin knows he’s made a mess, but now that it’s done, marrying Cassandra doesn’t seem like the worst idea in the world. Far from it, though it will take serious effort on his part to convince her of this. Especially since she’s never stopped mourning the man she was meant to marry over a decade ago. So once they set off on a grand ocean voyage, Devlin embarks on his greatest adventure yet – the wooing of his wife.

Lady Cassandra Moor and Captain Devlin Crawford have the absolute worst timing in the world. They have managed to be in the wrong place at the exact right time to screw up each other’s lives entirely too often – even before they first met.

A propensity that is almost their undoing, and more than once.

They’ve been friends, or at least friendly acquaintances, for years by the time that this story opens. Dev is the younger brother of the heroes of the previous two books in this series, while Cass is the sister-in-all-but-blood of the women that Dev’s siblings have married. Of course they know each other.

(Although this is the third book in the series you certainly don’t have to have read either of the other two to enjoy this one. I haven’t but I had a lovely time with Dev and Cass – even when they were at odds with each other.)

As the story opens, neither Cass nor Dev have any intention of marrying – not each other, not anyone. Dev is the captain of his own ship and spends 10 months of the year – if not a bit more – sailing between Portsmouth and India. He loves sailing, he loves travel, and the more he travels the more absurd he finds the ton and all of its silly, petty rules.

He neither wants to be tied to England by marrying, nor does he want to leave a wife and most likely children to manage without him for months at a time. He’d be a visitor in his own life and he’s just not interested in doing that to either himself or the hypothetical wife.

Cassandra Moor, on the other hand, had her chance at happily wedded bliss and missed it by a few measly hours. Literally. Her groom was run over by a carriage on his way to the church for their wedding. That tragedy was compounded by their having anticipated their wedding vows, leaving Cassandra bereaved, pregnant and abandoned by her oh-so-proper family.

Her daughter is the light of her life. She has no regrets on that score. And no desire to replace her beloved Timothy in either her heart or her bed.

But the machinations of Dev’s matchmaking mother put Dev and Cass at a society ball that neither of them had any desire to attend. Dev promised his mother he’d dance one – and only one – dance before retreating to the card room. He chooses to dance with Cass, a friend who will not chase after him with a matchmaking mama of her own.

And that’s where it all goes pear-shaped. Only it turns out to be, not a pear, but an absolutely perfect peach of a mistake. That leads to a surprising happy ever after for Devlin, Cass and especially Cass’ 12-year-old daughter Penelope – who has been matchmaking along with the best of them!

Escape Rating B: If you are in the mood for light fluffy romance – with just a touch of angst happily resolved – in the current real life crisis, then Her Seafaring Scoundrel may be just the rogue you’re looking for!

Because this is a delicious little romance with not just a very unconventional heroine – those seem to be in these days – but with an equally unconventional hero. It’s not just that Cass is “ruined” or that she runs an orphanage, but that she’s completely unrepentant about the whole thing. She doesn’t enjoy being the censure of society, and therefore doesn’t expose herself to it often, but she likes her life as it is. And she likes herself as she is, too. The angst of this story doesn’t come from Cass lamenting that she’s not worthy because she has an illegitimate child, but rather that she is still dealing with her very real grief at the loss of the man she loved and expected to marry.

Maybe she clings to that grief a bit too hard, but that’s human.

Dev’s father wasn’t any happier with him than Cass’ parents were with her. Dev went to sea to escape, and to make a life for himself at something he’s good at. In spite of his father’s censure. Like Cass, he clings to that need to escape too tightly, long after it has ceased to serve him.

Or them. Because the story here is of Cass and Dev falling in love with each other after his impulsive and ill-advised announcement of their engagement. An engagement which, at the moment he made his precipitous announcement, did not exist.

But they are friends, and there are worse bases for marriage. A life spent traveling the high seas, seeing places that few English men or women ever get to see, is also one hell of an inducement.

That they fall in love is inevitable. With each other, and with the life they can have together. The reasons that they almost ruin it before it has truly begun lead back to their mutually terrible timing.

But they survive the storm. All the storms. They get past the dark clouds and don’t merely survive, but thrive. Together. With a happy ever after that has all the fluff that a reader could possibly desire. 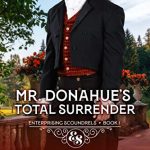 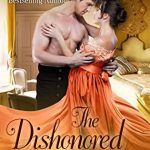 One thought on “Review: Her Seafaring Scoundrel by Sophie Barnes + Giveaway”