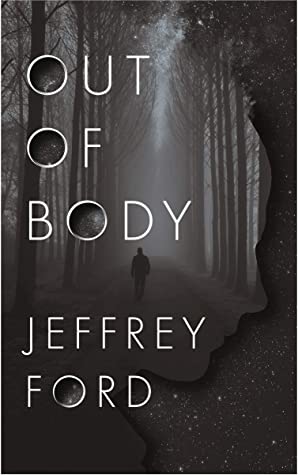 A small-town librarian witnesses a murder at his local deli, and what had been routine sleep paralysis begins to transform into something far more disturbing. The trauma of holding a dying girl in his arms drives him out of his own body. The town he knows so well is suddenly revealed to him from a whole new perspective. Secrets are everywhere and demons fester behind closed doors.

Worst of all, he discovers a serial killer who has been preying on the area for over a century, one capable of traveling with him through his dreams.

I think I picked this book for the title. I wasn’t feeling well and wanted to be out of my body, so the concept of having a fictional OBE (out of body experience) was especially appealing. Also, the protagonist is a librarian, in the sort of library that we all imagine but don’t generally see anymore – if they ever really existed – so it felt like kind of a win-win.

And I’ve been flirting with reading a bit more horror, so this looked like it would hit a kind of trifecta. As it did. Even though the blurb doesn’t actually do this one justice. Or describe it terribly well, now that I think about it.

Poor Owen witnesses the death of a young woman while picking up his routine morning coffee and a sweet roll at the mom-and-pop deli where she works. The mom and pop being the victim’s own mom and pop.

The killer pistol whips Owen and shoots her in cold blood for the not nearly enough money in the till to make the whole thing worthwhile as far as a robbery goes. She’s killed while Owen is unconscious after that pistol whipping. So she doesn’t exactly die in his arms.

But once Owen checks himself out of the local hospital he discovers that the incident has left him with more than the nightmares one might expect. He discovers an ability to travel out of his own body while he’s sleeping.

That’s where the real nightmare begins, as Owen discovers that he’s not the only person wandering around outside of his own body, passing through doors and walls and peeping on his neighbors. He finds a mentor who teaches him about, not just the wonders of dream walking, but about the dangers of the things that don’t even make a bump when they terrorize the night.

Escape Rating B: This one gets off to a slow start, not that the murder isn’t a bit of a kickstart. But our protagonist, poor Owen, is not just the local librarian but honestly a cliche of a librarian – except for his being male. He’s shy, introverted, a bit of a milquetoast, thinks of himself as a coward and leads an extremely boring life. In reality, we’re way more interesting and fun than that.

He’s also a bit of a sad sack, as his library and the neighboring libraries, all tiny libraries serving small communities, are being combined into a bigger – and hopefully better – institution serving a wider area. While one’s opinion on whether bigger really IS better, etc., etc., may vary, this is a done deal and Owen’s response is to wallow in his obsolescence. At the grand age of 35.

Once Owen starts night walking, he discovers a fascinating new world with the help of his mentor Melody. Who he has never met in person and has no plans to meet. But the world she introduces him to has wonders and terrors in equal measure, from the fun of bounding across the landscape in giant steps that seem to reach the moon, to the terror of discovering that there are beings who walk the night that can kill them. For reals.

But the true terror comes on them slowly. At first they believe that an old man is being targeted by the same gang that killed the girl in the deli. That’s bad enough. Then they learn that the old man is a monster out of legend, and that he’s been picking off the townspeople for miles around. For at least a century. And storing them in his basement.

And that they are next.

While the descriptions of the basement storage are horrific and gruesome and send chills up the spine, what really stands out is the terror of the cat and mouse game Owen and Melody play with the monster. They each plan to end the other. The winner survives. The loser will die quietly in their sleep. Or worse.

In spite of that slow beginning, this is what I was expecting horror to be. For someone who doesn’t read a lot of horror, the short length worked extremely well. I got just enough to be truly chilled without having it go on so long that I either gave up or turned away.

A chilling time was definitely had by all! 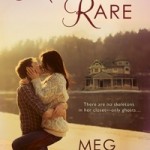 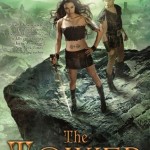 Review: The Tower by Jean Johnson