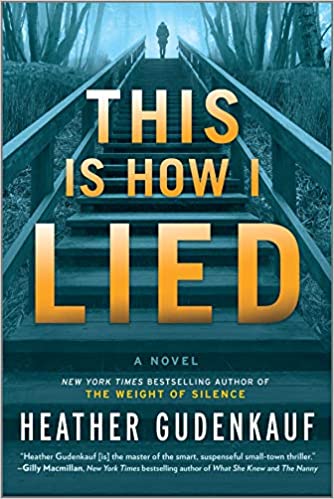 Twenty-five years ago, the body of sixteen-year-old Eve Knox was found in the caves near her home in small-town Grotto, Iowa—discovered by her best friend, Maggie, and her sister, Nola. There were a handful of suspects, including her boyfriend, Nick, but without sufficient evidence the case ultimately went cold.

For decades Maggie was haunted by Eve’s death and that horrible night. Now a detective in Grotto, and seven months pregnant, she is thrust back into the past when a new piece of evidence surfaces and the case is reopened. As Maggie investigates and reexamines the clues, secrets about what really happened begin to emerge. But someone in town knows more than they’re letting on, and they’ll stop at nothing to keep the truth buried deep.

I don’t usually like suspense – and This is How I Lied is definitely suspense. But I got so completely engrossed in the book that I couldn’t put it down. I loved it! And I kind of hated that I loved it because all of the terrible things that happened to the protagonist were just the kind of thing that I hate reading about. But I couldn’t stop. And you won’t be able to either.

The story begins in the past, 25 years ago. For a brief moment, we’re in the mind of Eve Knox as she attempts to escape her killer – and fails. As Eve falls into unconsciousness, with death certain to follow, perspective shifts to the present, away from Eve (this isn’t that kind of story) to her best friend Maggie, now a police detective in their small town.

And someone has discovered fresh evidence in Eve’s still unsolved murder.

The cold case investigation is handed to Maggie. It shouldn’t be. Maggie is WAY too close to the case. She was Eve’s best friend. She found the body, along with Eve’s sister Nola. And Maggie’s dad, back in 1995, was the police chief who investigated the crime.

But there are only 2 detectives on the local police force, and Maggie is one of them. Maggie is also 7 months pregnant, and has just about reached the point where she can’t buckle her gun belt around a baby bump that is much, much bigger than a mere bump. She needs to go on light duty, and the cold case seems like a perfect way of doing that – at least to the current chief of police.

Not her dad. Her dad was forced to retire when the symptoms of his previously diagnosed dementia became just too debilitating to ignore.

So Maggie has the case, and a case file that throws up all kinds of questions that weren’t answered back then. And probably should have been. But Maggie’s dad was more focused on obscuring the evidence than discovering it.

After all, he wouldn’t want to put his own daughter in jail for murder.

Escape Rating A: I got way, way, way more absorbed in this than I ever expected to. In the end, it felt like this book spilled its guts all over the floor, and the reader can’t help but be glued to the unfolding tragedy.

Because this is definitely a tragedy. It feels like one at the beginning, with a young girl murdered and no resolution. We do see the days leading up to Eve’s murder through her perspective in a series of flashbacks, and it is obvious not just that the whole thing is going to go pear-shaped, but that there were more than a few people who saw that Eve was heading for a disaster – just not the one that actually occurred.

There’s also a sense that, in spite of Maggie’s police career, a job where she has had to take charge and be assertive every step of the way, that the entire story is one where all the women are victims. Maggie is a victim too, and so is Eve’s younger sister Nola. All of them were victimized by the way that society treats and socializes young women, expecting both innocence and sexiness, teaching them that what men want is always more important than what they want or think or believe.

But the story is absolutely gripping. We start with Eve’s murder, and from there move to Maggie’s investigation of Eve’s murder, which seems straightforward until about halfway through when Nola blackmails Maggie into pinning the murder onto Eve’s abusive boyfriend. Because Nola wants his life ruined the way that he ruined Eve’s life – even if he isn’t actually guilty of the crime she wants him convicted for.

It’s a tangled web being woven by everyone attempting to deceive everyone else, each thinking they know who killed Eve – when in reality they are all wrong. And the climax of that wrongness is every bit as terrifying as Eve’s final moments. 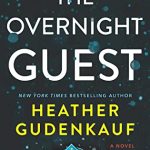 One thought on “Review: This is How I Lied by Heather Gudenkauf”