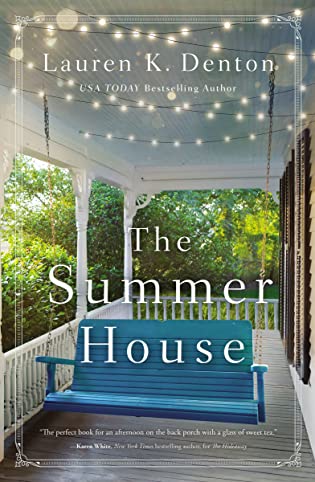 Sometimes it takes losing everything to find yourself again.
Lily Bishop wakes up one morning to find a good-bye note and divorce papers from her husband on the kitchen counter. Having moved to Alabama for his job only weeks before, Lily is devastated, but a flyer at the grocery store for a hair stylist position in a local retirement community provides a refuge while she contemplates her next steps.
Rose Carrigan built the small retirement village of Safe Harbor years ago—just before her husband ran off with his assistant. Now she runs a tight ship, making sure the residents follow her strict rules. Rose keeps everyone at arm’s length, including her own family. But when Lily shows up asking for a job and a place to live, Rose’s cold exterior begins to thaw.
Lily and Rose form an unlikely friendship, and Lily’s salon soon becomes the place where residents share town gossip, as well as a few secrets. Lily soon finds herself drawn to Rose’s nephew, Rawlins—a single dad and shrimper who’s had some practice at starting over—and one of the residents may be carrying a torch for Rose as well.
Neither Lily nor Rose is where she expected to be, but the summer makes them both wonder if there’s more to life and love than what they’ve experienced so far. The Summer House weaves Lauren K. Denton’s inviting Southern charm around a woman’s journey to find herself.
“The perfect summer read! You’ll feel the sun, taste the salt, and linger with new friends—you won’t want to leave.” —Katherine Reay, bestselling author of The Printed Letter Bookshop and Dear Mr. Knightley 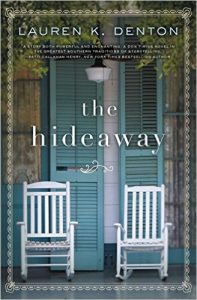 I grabbed The Summer House by Lauren K. Denton because a couple of years ago I picked up The Hideaway basically on a whim, loved it, and then read Glory Road and pretty much loved that too. The only book by this author I haven’t read – YET – is Hurricane Season, but in this year where everyone seems to need all the comfort reads they can get I expect to pick it up in the not too distant future.

And if women are the only ones who care about all the different kinds of relationships that people can have, whether in families or groups or communities, doesn’t that explain a whole lot about what’s wrong with the world these days?

The relationships that are on display, or perhaps under the microscope, or a bit of both, in this particular story are centered around two people, Lily Bishop and Rose Carrigan. As the story opens, both are at crossroads in their lives, and the route they each take leads them directly into each other’s path.

A path that runs straight through the retirement village so aptly named Safe Harbor. The place where Rose has been pretty much standing still for the past 40 years or so. Rose is known around town as the “Ice Queen” because she freezes out anyone who tries to get close to her, except for her nephew Rawlins and his daughter Hazel. She’s certainly not looking to shelter anyone under her wing.

But, when Lily Bishop calls Rose asking for a job as the resident hairdresser of Safe Harbor, that’s exactly what she does. Not just because Lily desperately needs the harbor of Safe Harbor, but because Rose is finally starting to scrabble at the walls of her self-isolation. And because she sees in Lily’s lonely aloneness something of herself that she hasn’t let herself see in a long time.

In letting Safe Harbor shelter them both, Lily and Rose both find the space they need to stand up and live. 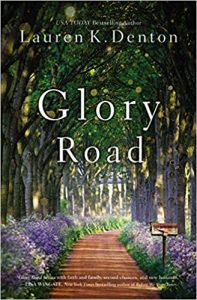 Escape Rating B+:The blurb makes it seem as if Lily and Rose form an instant, albeit unlikely, friendship, but that’s not exactly what happens. In fact, it seems like this one tries to build its relationships in all kinds of slightly unconventional ways, and that the book is the better for its off-beat notes.

Lily’s desperate straits have to do with the husband who moved her to a place where neither of them knew a soul and then woke up one morning and left her divorce papers on the kitchen table as he seemed to disappear off the face of the earth. But Lily’s not desperately lovesick trying to get him back. She doesn’t even want him back after that – and who can blame her? (Besides her overbearing mother-in-law, that is.) Rather, she’s left with a mess and is just digging her way out, with no support network, no job and about to be evicted from a rental house that came with his job – which he has also fled.

It’s unusual for this kind of story that he wasn’t abusive, she’s not pregnant and she’s not a suddenly single mother. She’s just temporarily adrift and very much alone. She knows she can get back on her feet, she just needs a bit of time and space in which to do that, which is what makes her call Rose about the job doing the one thing she’s always loved, using the gift she inherited from her late mother – cutting hair and providing a place for people to set down their burdens for a bit and come out feeling better. (I’m not saying that a story like this one can’t be excellent with some of those usual starting points, but it is terrific to see one that does it just a bit differently for a change!)

But in giving Lily a chance to recover, Rose also manages to give herself a chance to take a new look at the world around her, and set down some of the burdens that she’s been carrying entirely too long. Since she was Lily’s age. And the story of Rose’s re-awakening is every bit as lovely as that of Lily’s awakening.

That both of them manage to find happiness, community and love in the place where they have found themselves planted is the icing on a very heartwarming cake, and makes for an absolutely delightful story.

2 thoughts on “Review: The Summer House by Lauren K. Denton”