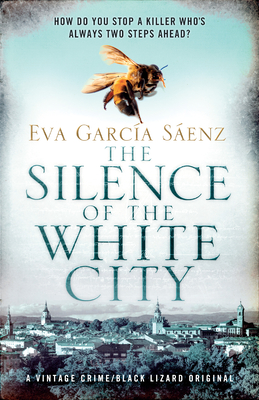 A madman is holding Vitoria hostage, killing its citizens in brutal ways and staging the bodies. The city's only hope is a brilliant detective struggling to battle his own demons.
Inspector Unai López de Ayala, known as "Kraken", is charged with investigating a series of ritualistic murders. The killings are eerily similar to ones that terrorized the citizens of Vitoria twenty years earlier. But back then, police were sure they had discovered the killer, a prestigious archaeologist who is currently in jail. Now Kraken must race to determine whether the killer had an accomplice or if the wrong man has been incarcerated for two decades. This fast-paced, unrelenting thriller weaves in and out of the mythology and legends of the Basque country as it hurtles to its shocking conclusion.

The white city that the devil played in was 1893 Chicago. The white city that is silent in this mystery thriller is Vitoria, the capital of the Basque Country of Northern Spain. Although it would not be a reach to say that a devil is playing in Vitoria as well. His play certainly makes for a compelling mystery and an edge-of-the-seat thriller.

In spite of the fact that the police thought they knew who that devil was. But they were wrong. Or were they?

Twenty years ago a series of murders rocked Vitoria. Someone, obviously a sick, psychopathic someone, terrorized the city and weirdly highlighted its history at the same time. The victims were found in couples, one male and one female, posed nude, each with a hand cupped on the other’s cheek. The victims were placed at scenes important in Vitoria’s history, in chronological order. As the locations moved forward through history, the ages of the victims also ratcheted upwards. The first victims, at the oldest site, were both 5 years old. The second victims were 10, the third 15.

But that was in 1996. As this story opens, it is 2016. Tasio is due to get out of prison on parole in a few weeks. But he is definitely still incarcerated when the story opens.

And the murders begin again.

Tasio has an ironclad alibi for the actual killing of two 20 year olds, even though the murder follows his old pattern, right down to names of the victims. Both have double-barreled surnames local to the Avila region.

As does the inspector assigned to solve the case. Inspector Unai López de Ayala, who is now 40 and in the line of possible victims. Just as he was 20 years ago. But 20 years ago he was a young man just starting out. Now he is the police department’s most successful criminal profiler.

It’s his job to profile this killer, in order to find him before he chalks up another string of victims.

But Unai is caught up in his own personal web of secrets, lies and misdirections, just added to the weight of the previous investigation. He is all too easily manipulated, by his own griefs, by the mounting tension of his affair with his boss, his fractious relationship with his police partner and by the charismatic prisoner who claims that he is innocent of the heinous crimes that he was convicted of.

Escape Rating A+: I picked this up because this was a book that the publisher was absolutely over the moon for when I wrote the Library Journal Crime Fiction (mystery/suspense/thriller) Preview earlier this year. It looked fascinating as a mystery, as a work in translation, and as a book that was a bestseller in its native Spain (there’s even a movie!) but that hadn’t caused a ripple over here – but looked like it should.

And it definitely should. I was hooked from the very first page and didn’t emerge until I turned the last page, gasping in shock and with a horrible book hangover. This is a story that is suspended on that knife edge between mystery, suspense and thriller and it cuts deeply with all three blades.

But in the end this feels like a mystery, because the thing that haunts the entire story is very definitely whodunnit. Or to be even more grammatically incorrect, who done them?

We see most of this mystery from inside the head of the lead investigator, although there are these bits and pieces from the past that at first don’t feel part of Kraken’s narrative but do feel part of the story. Even if we’re not sure how they fit.

What we have in the present is more than compelling enough. On the one hand, it feels familiar, a police investigator who is beguiled by the charisma of a serial killer. And on that shaking other hand, while Tasio is charismatic, he also has a point. He can’t have committed the current crimes because he’s locked up. He does have followers on the outside, as exemplified by the internet communications he’s just not supposed to have, but there’s no one in his orbit who would be committing crimes on his behalf just in time to mess up his parole.

He manifestly does not benefit. So who does? And that’s where the trail gets exceedingly complicated – and also extremely cold. Like that saying about how revenge is best served. But who is it serving?

Along the way, we have all the stresses of a police investigation that seems to be going nowhere fast, along with all of the strains of modern life. Kraken is a widower, having an affair with his new boss – who is very much married. His police partner has a history of, let’s call it pharmaceutical flirtation, courtesy of her abusive childhood and her brother the former drug dealer.

Meanwhile, someone out there is ritually killing people, and Kraken and his friends and family are all in the target circle. He’s motivated to find the killer – but he’s just not having any success. Until he suddenly does, and it’s all worse than he expected.

The reader rides along in Kraken’s head, and is just as stressed and just as lost as he is. Until the house of cards finally comes together – and nearly comes apart – as the stories all connect up with a lot of whimpering and a huge bang. 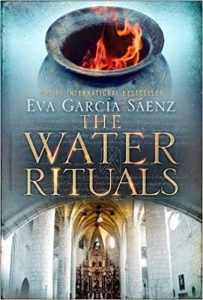 I loved this for its immersion in the life of a place and a culture that was completely new to me, while also surrounding me with all the familiar trappings of a police procedural. One that introduced me to the family of birth and choice that makes the best mystery series so compelling.

The crimes, in their combination of history, ritual and revenge, reminded me a bit of a combination of The DaVinci Code – albeit with much more emphasis on the actual crimes than the ritualist nature of them as well as Antoine Marcas series by Eric Giacometti and Jacques Ravenne – which I loved.

That The Silence in the White City is the first book in a trilogy makes this reader very happy. That the second book in the trilogy, The Water Rituals, will be published in English early in 2021 makes me even happier. I hope the third book follows as shortly as possible! 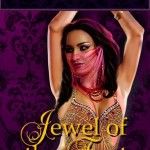 Review: Forged in Dreams and Magick by Kat Bastion + Giveaway
Exclusively Yours