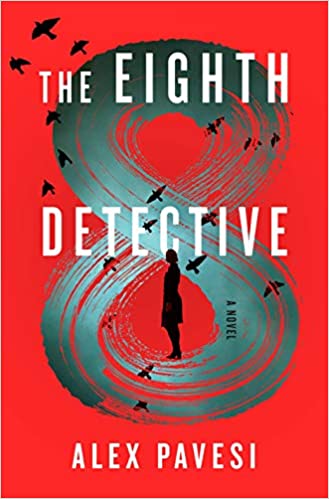 There are rules for murder mysteries. There must be a victim. A suspect. A detective. The rest is just shuffling the sequence. Expanding the permutations. Grant McAllister, a professor of mathematics, once sat down and worked them all out – calculating the different orders and possibilities of a mystery into seven perfect detective stories he quietly published. But that was thirty years ago. Now Grant lives in seclusion on a remote Mediterranean island, counting the rest of his days.
Until Julia Hart, a sharp, ambitious editor knocks on his door. Julia wishes to republish his book, and together they must revisit those old stories: an author hiding from his past, and an editor, keen to understand it.
But there are things in the stories that don’t add up. Inconsistencies left by Grant that a sharp-eyed editor begins to suspect are more than mistakes. They may be clues, and Julia finds herself with a mystery of her own to solve.

This book is like one of those nesting dolls. It begins as a story within a story. Then it morphs into a bunch of stories within a story, only for that assumption to shift again into those stories, within a story, within two entirely different stories.

And they are all about detective stories. About classic mysteries. Until they’re not. And then, they are again.

The framing story, well, the initial framing story, involves the editor from a small, independent press that specializes in crime and mystery books, visiting the reclusive author of a single, privately published book of mystery stories that was released in VERY limited numbers over 30 years ago and it now nearly forgotten and completely out of print.

That editor comes to the author’s remote island hideaway to read through all those old stories and discuss the possibility of bringing the collection back into print. The stories, all wrapped around a mathematical exploration of the mystery genre, represent different takes on classic, so-called Golden Age, mysteries.

And the stories themselves are interesting enough. They’re all just a bit creepy, just slightly off-putting in one way or another. They all end with a kind of sick twist, where the character that the reader empathized with throughout the story turns out to be the villain after all.

Sometimes a sick villain, at that.

So all the stories from the collection are disturbing. But absorbing. And all illustrate the author’s original premise about the requirements for a book to be a mystery being mathematically quantifiable.

The mystery is wrapped, not in the proverbial enigma, but in yet another mystery. It’s only after the big reveal that we discover that there really was an enigma hiding underneath all along.

Escape Rating B: Once upon a time, a library I used to work at required that, in order for a book to be classed as a mystery, it had to have a body and a detective. In other words, someone had to be dead and someone had to be trying to figure out who made them that way. The mathematical foundation of the original book reads as an extension of that principle as well as a set of mystery stories in the classic mode. 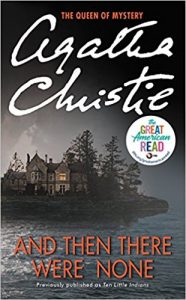 And that’s the formula for the stories. Single victim, multiple victims. Single killer, multiple killers. The detective may be a suspect and may even be the killer. The detective may be the victim. The stories will remind the reader of some of the classic mystery stories, with homages in particular to Murder on the Orient Express, And Then There Were None and surprisingly, the movie The Sixth Sense. I’m sure there were others that I didn’t catch.

The individual stories were good to excellent, but they all had that touch of something being awry that generally came as a surprise to this reader. But the stories, while they occupy the bulk of the book, turn out not to be the main point of the whole thing.

And that’s where it just missed being something special. Your mileage, of course, may vary. But compared to just how good most of the individual stories were, the endings veered into melodrama rather than mystery, and felt just a bit flat. A little too much of the old deus ex machina there at the end.

So the framing story – and then the frame wrapped around the framing story – didn’t quite gel for me, but came oh-so-close. The individual stories, however, were great little homages to classic mystery fiction that were a lot of fun to read with just a shiver of creeping evil at the end of each.

One thought on “Review: The Eighth Detective by Alex Pavesi”