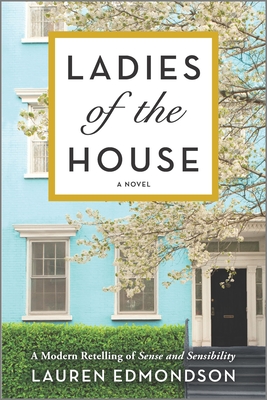 AN IRRESISTIBLE FAMILY DRAMA THAT PUTS A MODERN SPIN ON JANE AUSTEN’S CLASSIC SENSE AND SENSIBILITY
“I was absolutely charmed by Ladies of the House. A wonderful debut.” —Allison Winn Scotch, bestselling author of Cleo McDougal Regrets Nothing
No surprise is a good surprise. At least according to thirty-four-year-old Daisy Richardson. So when it’s revealed in dramatic fashion that her esteemed father had been involved in a public scandal before his untimely death, Daisy’s life becomes complicated—and fast.
For one, the Richardsons must now sell the family home in Georgetown they can no longer afford, and Daisy’s mother is holding on with an iron grip. Her younger sister, Wallis, is ready to move on to bigger and better things but falls fast and hard for the most inconvenient person possible. And then there’s Atlas, Daisy’s best friend. She’s always wished they could be more, but now he’s writing an exposé on the one subject she’s been desperate to avoid: her father.
Daisy’s plan is to maintain a low profile as she works to keep her family intact amid social exile, public shaming, and quickly dwindling savings. But the spotlight always seems to find the Richardsons, and when another twist in the scandal comes to light, Daisy must confront the consequences of her continued silence and summon the courage to stand up and accept the power of her own voice.
“A stellar novel that celebrates sisterhood and the way women can step out of flawed men’s shadows. I delighted in every page.”—Amy Meyerson, bestselling author of The Bookshop of Yesterdays and The Imperfects
“Warm, witty, and whip-smart. Edmondson’s talent shines in her expertly crafted story of two sisters breaking free of their father’s legacy. A sensational debut.”—Amy Mason Doan, author of The Summer List and Lady Sunshine

The blurb for this book says that “no surprise is a good surprise.” While that’s true in the context of this story, I have to say that this book turned out to be a surprise, and for the most part it was a damn good one.

The subtitle of the book feels just a bit misleading, but also in a good way. With that proclamation of “A Modern Retelling of Sense and Sensibility” I was expecting something a bit more Jane Austen-like, and that isn’t exactly what I got. So if you’re looking for a version of Sense and Sensibility dropped whole and entire into the 21st century, that’s not exactly what you’re going to get.

Instead, think about what would happen if a family like the Dashwoods in Sense and Sensibility, or at least the female members of that family, existed in the present day. Or at least a present day before the pandemic restrictions.

Because the plot of the original story was driven by the circumstance of the widowed Mrs. Dashwood and her daughters being forced into reduced circumstances by the death of their patriarch in an era when women’s only road to financial security was to be attached to a man – and they’d just lost theirs.

The story in Ladies of the House both has the same beginning as the original but differs widely and wildly in its execution because the world that the Richardson women inhabit is vastly different.

They may be reduced in circumstances, rather dramatically so, but they have choices that were completely unavailable to the Dashwoods.

The story of these Ladies of the House, rather than slavishly following its inspiration, follows the course of those choices. And in the process, creates a different, new and much more fascinating story than I, at least, originally expected. 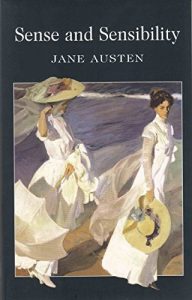 Escape Rating A-: I’ll admit that I didn’t figure out what was going on until I read the Author’s Notes at the end of the book. At first, I saw very little of Sense and Sensibility and a whole lot of a contemporary piece of women’s fiction with a political twist for spice.

Although younger sister Wallis’ relationship with the fast-moving, fast-talking son of a political enemy certainly brought Marianne’s fast but equally  ill-fated romance with the equally smarmy Willoughby to mind.

But the heart and soul of this story is Daisy’s journey. If Wallis is “sensibility” as Marianne was, Daisy is playing the part of “sense” as Elinor did in the original. Daisy was her father’s favorite, and she’s the one who has followed in his footsteps into politics, as the chief-of-staff to a liberal Senator.

So when the late Senator Richardson was revealed to have had feet of clay up to the knees, it’s Daisy who suffers the most. Her job requires that she not become the story, her job is to make the Senator she works for be the story at every turn.

Her instinct is to deny, dismiss and minimize the scandal her father left behind him, even as she is forced to reckon with the part that she played in his downfall and her own. Her best friend is writing the investigative report of the whole sad affair, and the more he digs, the more Daisy buries herself.

It’s only when she finally and irrevocably steps away from her father’s shadow that she is able to find her own light.

But that’s part of what makes this modern retelling so different from its original. Daisy, Wallis and their mother Cricket all have choices that the Dashwood women did not. This is the story of what they do with those choices, now that they have them.

And how the making of those choices shapes them all – and very much for the better. 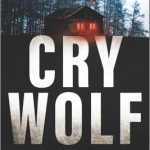