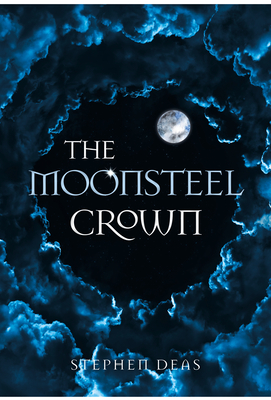 The Emperor of Aria is dead, and three junior members of a street gang are unwittingly caught up in the ensuing struggle for the throne, in the first epic adventure in a new fantasy world from a master of the genre.
The Emperor of Aria has been murdered, the Empire is in crisis, and Dead Men walk the streets...
But Myla, Fings, and Seth couldn't care less. They're too busy just trying to survive in the Sulk-struck city of Varr, committing petty violence and pettier crimes to earn their keep in the Unrulys, a motley gang led by Blackhand.
When the Unrulys are commissioned to steal a mysterious item to order, by an equally mysterious patron, the trio are thrust right into the bitter heart of a struggle for the Crown, where every faction is after what they have.
Forced to lie low in a city on lockdown, they will have to work together if they want to save their skins... and maybe just save the Empire as well.
File Under: Fantasy [ Sword-Monks Chicken Foot Dead Men Walking Murdering Bastard ]

Although this story, particularly from the introduction in the blurb, sounds like an epic fantasy – and the series that this opens looks like it really will BE and epic fantasy – that’s not the way that things seem as the story opens. And we only get hints of the overall epic scope even as the story closes.

What it feels like we’re introduced to is an urban fantasy in an epic fantasy setting, in the way that the Chronicles of Elantra start out by using a very junior member of the city watch to introduce readers to a world that gets bigger and bigger as it goes along.

The difference here is that Kaylin’s world in the Chronicles of Elantra (start with either Cast in Moonlight or Cast in Shadow) feels functional. There are forces attacking from the outside, and there is PLENTY of political skullduggery on all sides but for the most part the city works.

The city where we begin the story in The Moonsteel Crown doesn’t feel functional. It feels like one of those urban fantasies where the criminals aren’t merely everywhere but are taking over, like Simon R. Green’s Nightside or Hawk and Fisher. It’s the Discworld‘s Ankh-Morpork without Vetinari to keep the city running effectively.

And our heroes aren’t even competent enough to be anti-heroes. They are all failures in one way or another – or a lot of ways. Myla is kind of a failed paladin. Not exactly, but close enough. She knows what she’s doing with her swords, but she’s lost her purpose and she’s drowning in drink and regret. Fingers is actually a pretty good thief, he’s just so superstitious that nobody takes him seriously and his superstitions get in his own way entirely too often.

And then there’s Seth. Seth is a failed cleric. Like an old friend of mine in the real world, Seth didn’t have any problem with the vows of either poverty or chastity, but he absolutely could not hack the obedience. Religious orders do not like people who question – and Seth had and continues to have WAY too many of those. To the point where he got drummed out of the best life he’ll ever have only to find himself washed up in the same tavern and the same gang as Myla and Fingers.

Because Seth and Fingers go way back. Way, way, way back. All the way back to their childhood and all the way down to the lowest rung of the socioeconomic ladder where they barely managed to keep themselves and each other alive.

So this isn’t a story about a band of heroes or even a band of brothers. It’s about a band of misfits who can barely keep themselves or each other together most of the time. A motley crew who seem to be sinking further and faster into the underbelly of the city.

At least until Seth discovers that he isn’t so much a failure at being a cleric as he is a possible success at being a destroyer of worlds. Unless, of course, most probably, he manages to fail at that, too, just like he’s failed at everything else in his life.

Escape Rating B: This is not a happy book. I’m glad I wasn’t reading it during one of the recent weeks where it felt like the real world was getting darker just before it turned completely black – because that’s certainly what’s happening in this story.

I’ve read other stories, particularly in fantasy, where the protagonists are a band of misfits as they are here, but never a group quite this sad or quite this downtrodden. At first I was thinking that they reminded me of the ragtag bunch in The Emperor’s Edge, but in the end that band of misfits is quite competent. They’re a group that are misfits separately but manage to gel into a competent whole at least some of the time.

Myla, Fingers and Seth never gel, and one of them – at least – is always worse off than they initially appear.

And then there’s the way that Seth’s story arc trends downward, not into incompetence but into something far worse and a place much, much darker. Seth turns out to be one of those characters, like Kihrin in The Ruin of Kings and Serapio in Black Sun, where by the end of the story no one is certain, least of all the characters themselves, whether their purpose is to save or destroy, and whether that destruction will result in a descent into darkest evil or a cleansing fire.

This was an easy book to get sucked into but a hard book to love. It is very dark as quite probably any view of any place as seen from the absolute bottom of the ladder would be dark. No one’s motives are remotely pure, and even worse, they’re being lied to by someone with the worst of intentions, which spins their personal stories even darker.

I know this all probably sounds a bit terrible and you may even be wondering why I finished it or why it gets a B rating. But it does suck the reader in. The way that all of their stories spiral even further downward is compelling. And the reader does wish they could grab either Myla or Fingers and shake them until a little bit of sense comes out.

Because we feel for both of them. They did not get into the positions they are in out of their own choice, and survival from day to day is the best they can do. They’re both trying to find a bit of light, and it seems like Myla finally does.

Seth, on the other hand, seems to be searching for the dark assiduously and with determination, but even that could turn out to be the light at the end.

This is a story of a group of little people who are doing their best and worst to get through the day – and survive the night – in spite of themselves and their circumstances. They are characters with few choices but upon whom the fate of an empire might reside.

Even if they haven’t remotely figured that out yet. And it’s that “yet” that I’m very interested in seeing in future books in this series.