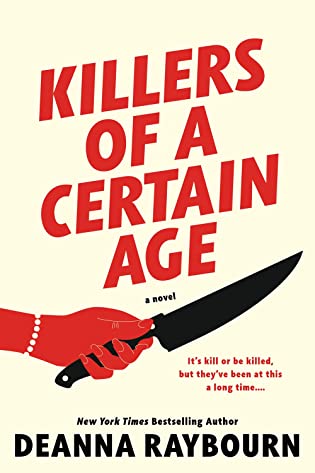 Older women often feel invisible, but sometimes that's their secret weapon.
They've spent their lives as the deadliest assassins in a clandestine international organization, but now that they're sixty years old, four women friends can't just retire - it's kill or be killed in this action-packed thriller.
Billie, Mary Alice, Helen, and Natalie have worked for the Museum, an elite network of assassins, for forty years. Now their talents are considered old-school and no one appreciates what they have to offer in an age that relies more on technology than people skills.
When the foursome is sent on an all-expenses paid vacation to mark their retirement, they are targeted by one of their own. Only the Board, the top-level members of the Museum, can order the termination of field agents, and the women realize they've been marked for death.
Now to get out alive they have to turn against their own organization, relying on experience and each other to get the job done, knowing that working together is the secret to their survival. They're about to teach the Board what it really means to be a woman--and a killer--of a certain age.

Women of a “certain age” are expected to fade into the background – and if they don’t fade voluntarily society is more than willing to keep shoving them into the shadows until they finally get the hint.

So it’s not a surprise to 60-somethings Billie, Mary Alice, Helen and Natalie that after 40+ years as an elite assassination team working for the mysterious “Museum” they’ve been retired and put out to pasture. They miss the adrenaline of the work, but they’re not totally miserable at the idea of retirement at least on some levels. Living on the knife edge of danger always did get the blood pumping, but the recovery times are a LOT longer than they used to be.

But the offer of an all-expenses paid elite cruise on a luxury yacht is the least the Museum owes them in addition to the generous pensions they’ve all more than earned.

What they have not earned, do not deserve, but discover they have to deal with anyway, is a member of the Museum’s “operations” staff posing as a member of the ship’s crew. As they have not been contacted about a job, or even just given a heads-up about his presence, they realize that they ARE the job. Their former employers are literally out to get them – and they are very, very good at getting the people they set out to get.

But Billie, Mary Alice, Helen and Natalie were an elite team. The best of the best, trained by the best and tested time and time again in the field. Not many people in their profession live to retire and they plan to enjoy theirs for a long, long time.

In order to do that, they’ll just have to eliminate anyone – and everyone – who is out to get them. It’s a difficult job, but it’s one they’ve been doing for over 40 years. And they’re not done yet. 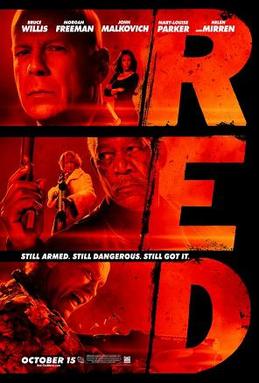 Escape Rating A-: Readers of a certain age, or even something vaguely approaching it, will probably think the outline of Killers of a Certain Age sounds a bit familiar – only because it is. If you remember the 2010 movie Red, about a group of retired CIA agents who are forced out of retirement because someone at their former agency is trying to kill them, it’s hard to miss the resemblance. Just put Helen Mirren’s character in charge as Billie, change her team to an all-female team and substitute the Museum for the CIA (who knows, the Museum might have been a cover for the CIA anyway) and there you go.

Which does not take a damn thing away from either the book or the movie, because they are both a hell of a good time.

As strange as this may sound, Killers is kind of a slow-burn thriller. A lot of prep work and planning goes into this caper, and we see it. This team doesn’t barge in with guns blazing – not because they’re old, but because that was never the way they worked. Their mission was always to get away undetected – and they were damn good at it.

The mission now is to take down all the people – and for people read men – at the Museum who set them up and plan to take them out in order to cover up their own corruption.

So a big part of this story is seeing them do the work of putting a plan together and getting the job done. That the job is to kill people and the plan is all about getting away with it doesn’t trouble them and doesn’t trouble the reader either. Whether this is justice or revenge, the dish is still going to be served ice cold. And the dessert is very, very just.

But the author called this a book about anger – and that feels like a pretty accurate description. Because in between the meticulous planning and sometimes nearly disastrous carrying out of those plans, the story slips back from Billie’s perspective on the rather fraught present to her recollections of the team’s past training and missions.

And every single one of the missions Billie recalls is an occasion where the very same men who ordered their executions underestimated them on a mission – only to get saved by this team of women that they still insisted weren’t up for the job. A nearly fatal mistake for each man then, and an absolutely fatal one now.

Isn’t it all too telling that the women got put out to pasture while the men who weren’t nearly as good got promoted to the top echelons of the organization?

Because the story in the present is told from Billie’s first-person perspective, and the sections in the past follow her even though we’re not in her head, the reader doesn’t get quite as clear a picture of Mary Alice, Helen and Natalie as we do Billie. Which is possibly the book’s only flaw. Their lives have taken such different turns in spite of their shared work so it would be fascinating to get more of their individual perspectives. But with what we do know, we see that their bond is as strong as the day it was formed. They love each other, sometimes they want to kill each other, often they want to tear each other’s hair out – but each would lay down their lives for the others and their sisterhood is both palpable and powerful.

I loved Killers of a Certain Age and sincerely hope that it turns out to be the first book in a series. The ending certainly hints at that possibility and I’d be thrilled to see it fulfilled. In the meantime, if you find yourself enjoying it as much as I did, there are several titles that might hit the same deadly sweet spot.

In addition to watching or re-watching the movie Red, the following books have at least elements of Killers of a Certain Age: The Thursday Murder Club series by Richard Osman, especially the second book, The Man Who Died Twice, the Slough House series by Mick Herron, Woman on Fire by Lisa Barr, and last but certainly not the least or the least deadly, An Elderly Lady is Up to No Good by Helene Tursten.