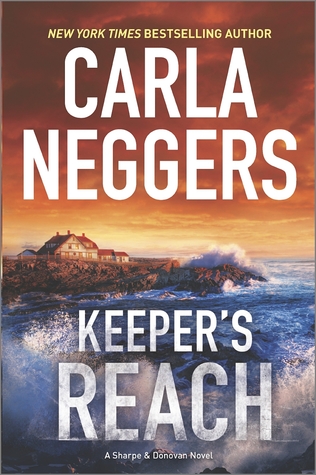 Emma Sharpe and Colin Donovan, two of the FBI’s most valuable agents, are preparing for their next big assignment—their wedding—when Colin’s brother Mike alerts them that onetime friends from his military past are on Sharpe and Donovan home turf on the Maine coast. Now private security contractors, they want to meet with Mike. One of them, an FBI agent named Kavanagh, is supposed to be on leave. What is he investigating—or does he have his own agenda?

Mike zeroes in on Naomi MacBride, a freelance civilian intelligence analyst who, aside from a few hot nights, has never brought him anything but trouble. Newly returned from England, Naomi clearly isn’t telling Mike everything about why she’s snooping around his hometown, but he has no choice but to work with her if he wants to uncover what’s really going on.

But the case soon takes a drastic turn—Emma is targeted, and a connection surfaces between Naomi and Kavanagh and a recently solved international art theft case. Not every connection is a conspiracy, but as the tangled web of secrets unravels, Emma and Colin face their greatest danger yet. With everyone they know involved, they must decide who they can trust… or lose everything for good.

I got hooked on the Sharpe & Donovan series a few books ago, and at this point I’ve read them all. If you like romantic suspense featuring a couple of smart but opposite FBI Agents, start with Saint’s Gate (reviewed here).

I’m also saying start at the beginning if you’re interested in the new book, because the story relies a lot on past events and relationships. For series fans, it’s a solid entry, but it does not stand alone.

This story takes place in Maine, as much of the series does. Colin and Emma originally hail from two relatively close small towns on the Maine Coast – Rock Point for Colin and Heron’s Cove for Emma. Even though they are relatively close in age, they never met growing up. Rock Point seems to have been mostly blue-collar, and Heron’s Cove is more middle and upper-middle class. Colin’s family owns an inn, and one of his brothers is a lobsterman, while another does wilderness adventure tours on Maine’s Bold Coast.

Emma’s family are world-renowned art detectives. They recover precious art that someone else has stolen. And that’s where a lot of the background of this particular story takes root. For a decade, Emma’s grandfather Wendell has been chasing one particularly challenging thief. In the previous book in the series, Harbor Island (reviewed here) Emma finally tracks the man down, only to discover that her grandfather’s art thief is a wealthy Brit with a dual identity who has covered his tracks way too well.

But now that the jig is up, Oliver Fairbarn/Oliver York has been quietly giving all of his stolen work back to the folks he stole it from. This is mostly a win/win, but Oliver is still rightfully worried that Interpol, or more likely MI5, is going to come knocking on his door.

Instead he gets a freelance intelligence analyst, a secretive FBI agent, and a possible unknown third party who attacks his assistant and takes his insane quest back to the U.S., only to deliver it to Colin Donovan and Emma Sharpe – in a very roundabout fashion.

But that’s what finally gets him caught. Along with thinking that he is much, much cleverer than anyone chasing him.

Escape Rating B-: Keeper’s Reach, as I said at the beginning, is not a good entry point for this series. Everyone in this book knows everyone else, and series readers will be familiar with the background. While the events that happen within the story are well-explained, there is a lot of nuance in the background that newbies will miss.

The story is all about everyone’s past. Colin’s brother Mike is the wilderness tour guide. His self-exile to a remote cabin on the Bold Coast is Mike’s way of finding healing after a lot of shit he went through in the Army. In Afghanistan.

But Mike’s experiences are all coming back to haunt him. The group that he worked with are all coming to Maine to see him, and to see if he can be recruited to do private security work. They are invading his territory, and bringing a lot of shit with them.

The weird thing about the group is that none of them seem to really trust each other. They all worked together, but there’s also the possibility that there was a traitor in their midst even back then. And none of these folks are people to whom trust comes easily.

None of this is helped by Mike’s romantic history with intelligence analyst Naomi MacBride. They had chemistry then, and they have chemistry now, but Naomi has a way of rushing in and putting herself in harm’s way that Mike doesn’t trust.

The story is told in the third person, but the perspective moves from one to another as the scene shifts. This worked well in Harbor Island, but it doesn’t here.

One of the many things that go wrong in this story is that Emma gets kidnapped early on. She rescues herself about halfway through, but her kidnapping takes her out of the main action for too long. I missed her point of view.

With Emma out of the way, a lot of the story is told from Naomi MacBride’s perspective. Naomi may be an intelligence analyst, but she is too emotionally involved in what is going on. She makes an unreliable narrator, in that she doesn’t seem to tell herself everything she’s thinking, and none of the other players in this game trust her (or each other) and everyone is investigating everyone else and keeping important secrets.

The story got much better when Emma got herself out of her prison, but then she shipped herself off to England to investigate that part of the trail. I missed her common sense perspective on events. A lot. 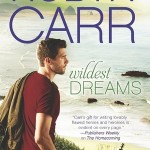