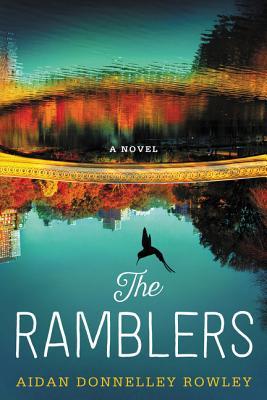 For fans of J. Courtney Sullivan, Meg Wolitzer, Claire Messud, and Emma Straub, a gorgeous and absorbing novel of a trio of confused souls struggling to find themselves and the way forward in their lives, set against the spectacular backdrop of contemporary New York City.
Set in the most magical parts of Manhattan—the Upper West Side, Central Park, Greenwich Village—The Ramblers explores the lives of three lost souls, bound together by friendship and family. During the course of one fateful Thanksgiving week, a time when emotions run high and being with family can be a mixed blessing, Rowley’s sharply defined characters explore the moments when decisions are deliberately made, choices accepted, and pasts reconciled.
Clio Marsh, whose bird-watching walks through Central Park are mentioned in New York Magazine, is taking her first tentative steps towards a relationship while also looking back to the secrets of her broken childhood. Her best friend, Smith Anderson, the seemingly-perfect daughter of one of New York’s wealthiest families, organizes the lives of others as her own has fallen apart. And Tate Pennington has returned to the city, heartbroken but determined to move ahead with his artistic dreams.
Rambling through the emotional chaos of their lives, this trio learns to let go of the past, to make room for the future and the uncertainty and promise that it holds. The Ramblers is a love letter to New York City—an accomplished, sumptuous novel about fate, loss, hope, birds, friendship, love, the wonders of the natural world and the mysteries of the human spirit.

The Ramblers is a book that you really can judge by its cover. The cover picture is intended to represent the Ramble and Lake section section of New York City’s Central Park. And if it’s half this pretty, it looks like a marvelous place to lose an afternoon. Or two. And so is this book.

The Ramblers is the interconnected story of three slightly lost souls who are making their way in the city, and dealing with the lives and especially the baggage that they brought with them. It’s also a very pretty love letter to the city of New York/

All three of our protagonists, Clio, Smith and Tate, are 30-something Yale graduates who are finally, in their vastly different ways, growing up. Each of them has issues in their past that they need to resolve before they can move on, and although those issues do not relate directly to their experiences at Yale, it is their time at Yale that ties them all together.

This is also a story about privilege; having it, getting it, keeping it, and what it costs to do any of those things.

Clio and Tate were both scholarship students who never felt like they belonged in the rarefied Ivy League school. But Clio has forged a successful career as a renowned ornithologist, and Tate created an app that is sweeping the internet for millions of dollars. At the same time, they are both still figuring out who they want to be when they grow up, and recognizing that the time to take that step is now, if they can.

Clio and Smith were best friends and roommates at Yale. They know all each other’s secrets. The two women are still roommates, but now they share an upscale apartment in Manhattan that Smith’s parents pay for. Just like they paid the start-up costs for Smith’s business. It’s their way of controlling Smith. They love her, but they want her to be who they want her to be, and Smith has finally recognized that there is a price tag attached to all their generosity – and it’s a price that Smith is no longer willing to pay.

Smith and Tate are both recovering from relationships that were so very right for them, until they ended suddenly in a blaze of doubt and recriminations. Smith suspects that her parents interfered with her engagement to a talented Pakistani neurosurgeon, and Tate discovers that his windfall made his soon-to-be-ex wife see life in a different light. Or at least see the value of their impending divorce in a different shade of light – green.

Clio has found the love of her life, but is certain that she isn’t good enough to keep him. She’s even more sure that they can’t have a future until she reveals all the secrets she’s been keeping, And she recognizes that once all the cats are out of all the bags, the debonair hotelier who loves her may decide that she is too damaged to care for – just like her mother.

Escape Rating B: For a story that circles around so many “first-world problems” it is surprisingly not self-indulgent. Or its characters are not as self-indulgent as readers might first suppose.

I think that’s a result of using Clio as the central character. While her Yale education gives her a great deal of privilege, it is privilege that she earned. Clio grew up in New Haven, the child of a woman who finally committed suicide after decades of manic-depressive swings, and a father who had to work two or three jobs just to keep ahead of his wife’s manic spending sprees and to keep the household barely afloat.

Clio spends her childhood trying to be a little adult, and grasps the normalcy she creates in her adulthood as tightly as she can. She has also preserved her safe life by making sure that she never gets emotionally involved. She’s too scared to get close enough to tell anyone about her mother, and she’s much too afraid that she might find herself caught by the same disease. She doesn’t want to tie anyone else into the life she was forced to lead.

Which makes her initial panic when Henry asks her to move in with him more understandable to readers than it does to him. Clio thought he was safe to have a fling with, and ignored the tiny little voice that told her they were both in way too deep for that. Henry is older, and has made a career of going from city to city, creating beautiful hotels, and moving on from his new hotel and whoever he romanced while he built it. When he breaks pattern, telling Clio he wants a future with her, all of her fears are exposed. Her journey is to decide that she is entitled to a real life, and to bring Henry into her world, letting the chips fall where they may.

Smith is the child of real privilege, and her story is both getting over her heartbreak at the ending of her engagement, and getting over herself and her envy of her younger sister’s upcoming wedding and Clio’s probable move in with Henry. As Smith looks at her own life and her own feelings, she realizes that the price of her privilege is too high, and that if she wants her parents’ respect, or her own, she has to make it on her own.

Tate’s situation is caught in the middle between Clio and Smith. Not literally, there is thankfully no romantic triangle here. It’s that Tate went to Yale the same way that Clio did – he earned it on his own merits. But like Smith, his long-term relationship has ended, and he’s in the throes of an unwanted divorce. Also like Smith, he is wealthy, but in Tate’s case it is earned wealth and not family money.

There’s a part of me that wants to say The Ramblers reminds me a bit of Sex and the City. That resemblance is both in the way that the story serves as a love letter to New York City, and in the strength of the friendship between Clio and Smith. They are sisters-of-the-heart, and their relationship is the best part of the story.

I am giving away a copy of THE RAMBLERS to one lucky U.S. commenter. 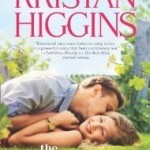 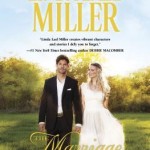 Review: My Name is Lucy Barton by Elizabeth Strout

9 thoughts on “Review: The Ramblers by Aidan Donnelley Rowley + Giveaway”