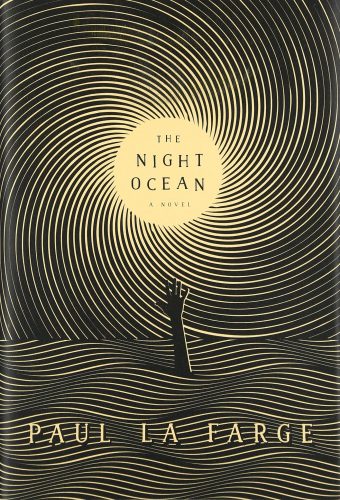 From the award-winning author and New Yorker contributor, a riveting novel about secrets and scandals, psychiatry and pulp fiction, inspired by the lives of H.P. Lovecraft and his circle.
Marina Willett, M.D., has a problem. Her husband, Charlie, has become obsessed with H.P. Lovecraft, in particular with one episode in the legendary horror writer's life: In the summer of 1934, the "old gent" lived for two months with a gay teenage fan named Robert Barlow, at Barlow's family home in central Florida. What were the two of them up to? Were they friends--or something more? Just when Charlie thinks he's solved the puzzle, a new scandal erupts, and he disappears. The police say it's suicide. Marina is a psychiatrist, and she doesn't believe them.
A tour-de-force of storytelling, The Night Ocean follows the lives of some extraordinary people: Lovecraft, the most influential American horror writer of the 20th century, whose stories continue to win new acolytes, even as his racist views provoke new critics; Barlow, a seminal scholar of Mexican culture who killed himself after being blackmailed for his homosexuality (and who collaborated with Lovecraft on the beautiful story The Night Ocean); his student, future Beat writer William S. Burroughs; and L.C. Spinks, a kindly Canadian appliance salesman and science-fiction fan -- the only person who knows the origins of The Erotonomicon, purported to be the intimate diary of Lovecraft himself.
As a heartbroken Marina follows her missing husband's trail in an attempt to learn the truth, the novel moves across the decades and along the length of the continent, from a remote Ontario town, through New York and Florida to Mexico City.
The Night Ocean is about love and deception -- about the way that stories earn our trust, and betray it.

Originally, The Night Ocean was a short story written by Robert H. Barlow and H.P. Lovecraft. Mostly by Barlow.

However, this version of The Night Ocean is ostensibly, although not actually ABOUT Barlow and Lovecraft. It’s a Russian nesting doll of a story, with story inside story inside story, all of them told by unreliable narrators, one more so than the others.

And yet, at the same time, much of the story is true – it just didn’t happen to the people who said it happened to them. Or did it?

Charlie Willett committed suicide. Or he didn’t. His journey parallels that of Robert H. Barlow, or it doesn’t. Or that of L.C. Spinks. Or maybe not. Or maybe Charlie just got lost along the way.

His wife (or possibly widow) Marina, finds that she can’t quite let Charlie go. There’s no body, so it is all too easy to imagine that Charlie is still alive. In order to find her closure, or expiate her grief, or both, Marina sets herself on the trail of Charlie’s last days and final quest, and that’s where Lovecraft (and Barlow and Spinks) come in.

Charlie was both a writer and a dream, and one of the things he dreams of writing is about H.P. Lovecraft, that famous, and infamous, writer of horror fiction and Weird Tales. Lovecraft was famous, among other things, for writing about mythical books, notably the Necronomicon, that bane of librarians everywhere. (It doesn’t exist, it never existed, but every generation of Lovecraftians persists in searching libraries for it)

Although the Necronomicon never existed, Charlie dreams of finding another one of Lovecraft’s mythical tomes. And falls into a wild goose chase for an entirely different apocryphal work, the Erotonomicon.

Charlie gets taken for a long, sad and ultimately costly if not tragic, ride. And Marina, whether out of love or guilt, follows along after him.

It’s a strange journey, as weird as any of Lovecraft’s tales, that winds from Arkham to Florida to Mexico City to Parry Sound on Lake Huron in Canada, with stops along the way in New York City, at the 1950s House Un-American Activities Committee, and the beginnings of science fiction fandom.

And it’s only when Marina exposes the spider at the heart of this web that she has even a chance at escaping from this very weird tale. Just when she does, it drags her back in. Or does it?

Escape Rating B: This story has so many aspects, that I think each reader is going to be reading a different book, depending on which parts grabbed them and stuck. Like a jellyfish.

A lot of people are going to pick this up because of the H.P. Lovecraft connection, which doesn’t feel quite as large as the blurb makes it out to be. Characters enter this story because of their connection to Lovecraft, but it isn’t really about him. If it’s about anything in reference to him, it’s about all of the friends, fans and controversy that swirls in the wake of his relatively short and continually controversial life.

The part of this story that grabbed me and hung on was the rather deep dive into the early years of science fiction fandom. And even though the narrator of those parts of the story is completely unreliable, the story itself matches historical fact. Those were the people at the center of those early days, and that was how they behaved and what happened to them.

For those of us who have been involved in fandom, even tangentially, it is fascinating to feel like a witness to those early days, and to see people that we knew at the end of their lives as young, ambitious and more than occasionally stupid. Certainly arrogant. But still visionary, even if we never did get our flying cars.

And it is part of the seduction of the book, and of Charlie and Marina Willett that these stories are true, it’s only their setting that’s false. The characters and personalities of those people feels a bit more real than either Charlie or Marina, who in the end become vehicles to tell someone else’s story.

A story that isn’t even really theirs.

I was grabbed and startled by this book early on, when Charlie discovers the surreptitious publication of the Erotonomicon and the absolutely scathing response to it by the scandalized science fiction community. One of those scathing responses is from well-known fan (and author) Wilson “Bob” Tucker in his fanzine Le Zombie. I knew Bob Tucker in the early 1990s, and the quote certainly sounds like him. It was also beyond weird to have someone I knew appear in a book.

Ironically, one of the things that Tucker was famous for was a practice that was named for him, Tuckerization. Tuckerization is the insertion of a real person’s name (and sometimes other characteristics) into an otherwise fictitious story. Today, this is often done for charity. But now that I’ve finished the book, I find it funny that Tucker was himself Tuckerized in The Night Ocean.

Tucker’s appearance in the story added to the verisimilitude so much that I went on my own wild goose chase, hunting for the cited issue of Le Zombie. But that issue is not preserved. So it all could have happened. Just like Marina and Charlie, I too got caught up in the desire to believe this was all real.

Reviewer’s Note: I listed to the audiobook of this one, and I think it made the story more compelling, as the structure of the book is that its variations are often being told by one person to another, rather than being read or happening in the present. However, I discovered when I looked at the print copy that the audiobook narrator left out the footnotes. For those familiar with the history, the footnotes are interesting but not necessary. But a reader who is not already familiar with the early history of science fiction fandom, and admittedly that’s most people, is going to lose some of the context and the verisimilitude by the omission of those notes. 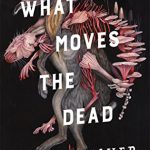