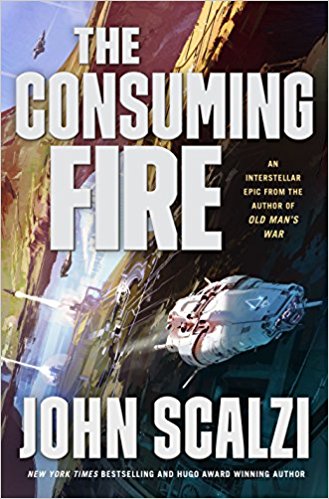 The Interdependency, humanity's interstellar empire, is on the verge of collapse. The Flow, the extra-dimensional conduit that makes travel between the stars possible, is disappearing, leaving entire star systems stranded. When it goes, human civilization may go with it--unless desperate measures can be taken.

Emperox Grayland II, the leader of the Interdependency, is ready to take those measures to help ensure the survival of billions. But nothing is ever that easy. Arrayed before her are those who believe the collapse of the Flow is a myth--or at the very least, an opportunity that can allow them to ascend to power.

While Grayland prepares for disaster, others are preparing for a civil war, a war that will take place in the halls of power, the markets of business and the altars of worship as much as it will take place between spaceships and battlefields. The Emperox and her allies are smart and resourceful, but then so are her enemies. Nothing about this power struggle will be simple or easy... and all of humanity will be caught in its widening gyre.

There is a description that claims that science fiction is a fantasy of political agency. That is certainly true of The Consuming Fire, and the entire Interdependency series so far. It could also be said that in this series, a significant part of the story is just which characters have fantasies that they in particular have political agency. Actually fantasies that they have considerably more political agency than they really have. Part of the story is watching at least some of those characters get disabused of that notion – and occasionally with extreme prejudice.

Another way of looking at this story is that it is all about power. There’s that old saying about power corrupting and absolute power corrupting absolutely, but it doesn’t quite apply here. No one really has absolute power. The person who seems on the surface to have the most, Emperox Grayland II, mostly seems to have the kind of power that the Queen of England has. That is, the power to advise, the power to encourage, and the power to warn. Her power isn’t quite that restricted, but it feels close to that – especially from her perspective.

However, the desire for absolute power does seem to corrupt absolutely. Or at least that’s the model that the Nohamapeton family seems to be following. The Countess Nohamapeton wants absolute power. She wants her family to control the throne. So far, she’s sacrificed two sons to that ambition and possibly her daughter as well. Not to mention all the other people she has arranged to have eliminated along the way. And she’s still plotting.

This is also a story about inevitable change, and the many, varied and frequently counterproductive ways that people react in the face of that change. Interstellar commerce is founded on and dependent upon a poorly understood means of faster-than-light interstellar travel, called “the Flow”. The Flow has been more or less dependable for a millennium, and people have gotten very, very used to the idea that it will always be dependable. 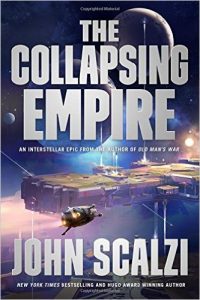 So all that anyone in the Interdependency can do is react to the eminent collapse.Often, but not always, badly.

Of course there are a few people, and at times it seems like very few, who are doing the best they can to save as much as possible, however they can. It’s a more difficult task than it might be, because the Interdependency doesn’t seem to have many planets that can support human life. Not many actually equals just one – and it’s a planet that has already been partially cut off from the Flow.

Everyone else lives on habitats that orbit planets that happen to have been conveniently located for the Flow streams. Which is going to literally turn to hell (not) on Earth as they each get cut off from the supplies and equipment they need to maintain those high-tech habitats.

The Emperox Grayland II is one of those people who are trying to save, if not the Interdependency itself, at least as many of the people in it as is possible. But she has very few allies, and plenty of people who want to skim the cream off the status quo for as long as possible.

Escape Rating A-: The Interdependency, at least so far, is a very political space opera. This is a government that was deliberately created to have wheels within wheels. Keeping those wheels properly greased has been the millennia long job of the Wu family. After all, creating the Interdependency and getting themselves installed as the Imperial Family was all about their wheels getting greased. They made sure that the setup also greased all the wheels of anyone who could have stood in their way at the time.

The creation of the Interdependency was a very cynical act. Effective, but cynical. The current Emperox isn’t nearly as cynical as some of predecessors, but she has plenty of motivation to do her best. And plenty of even more cynical people to keep from killing her. If you like political SF, this series so far is a lot of fun. It’s not a situation that one would remotely want to be in, but the machinations are fascinating to watch.

All in all, I have to say that The Consuming Fire is typical Scalzi. If you like the author, as I certainly do, you will eat this one up with a spoon, and then moan and complain when you reach the bottom of the bowl.

(Admittedly, if you don’t already like Scalzi, this book will probably not change your mind. It’s very typical of all the things I read him FOR. Which, if they don’t work for you, this book won’t either.)

I started this on audio, and Wil Wheaton again did an awesome job reading the story. His normal just slightly snarky tone is perfect for this author, because there is always a lot of subtle and sometimes not so subtle, snark in his work. But I wanted to see how this installment ends – and I felt the need to finish the book before we see the author in person on Thursday, so I bought the ebook and finished in an hour.

It is also hilarious to hear someone reading all of Kiva Lagos’ dialog. Kiva may possibly be the most profane character I’ve ever run across. She clearly does not know how to construct a sentence without at least one f-bomb in it. Her lines are funny to read, but almost brutal – and appropriately so – when read.

The Consuming Fire is not the place to start this series. The setup of the Flow and the way that the Interdependency interdepends upon it is all set up in the first book, The Collapsing Empire. And that’s also where we get introduced to all of the characters that make this story so much fun.

This is also, thank goodness, not the place where this story ends. There will be at least one more book. Because things are always darkest just before they turn completely black – and they haven’t turned completely black yet.

I’ll be over here, waiting with the proverbial bated breath, until they do. Hopefully next year, in the very tentatively titled The Last Emperox. 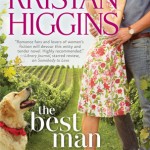 3 thoughts on “Review: The Consuming Fire by John Scalzi”