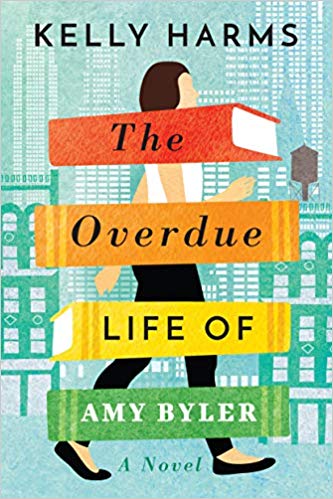 Overworked and underappreciated, single mom Amy Byler needs a break. So when the guilt-ridden husband who abandoned her shows up and offers to take care of their kids for the summer, she accepts his offer and escapes rural Pennsylvania for New York City.

Usually grounded and mild mannered, Amy finally lets her hair down in the city that never sleeps. She discovers a life filled with culture, sophistication, and—with a little encouragement from her friends—a few blind dates. When one man in particular makes quick work of Amy’s heart, she risks losing herself completely in the unexpected escape, and as the summer comes to an end, Amy realizes too late that she must make an impossible decision: stay in this exciting new chapter of her life, or return to the life she left behind.

But before she can choose, a crisis forces the two worlds together, and Amy must stare down a future where she could lose both sides of herself, and every dream she’s ever nurtured, in the beat of a heart.

Even those of us who don’t need an actual #momspringa (because we’re not actual moms) can relate to Amy Byler’s need to take a vacation from her own life to see what’s working, what’s not, what might have been and what might be.

Not that Amy WANTS that vacation from the real, but she certainly does need it. Watching her embrace it makes for a fun and fascinating book, a story about friendship and sisterhood and learning that while having it all may be a myth, having all you really need is definitely possible.

And that “all” is different for each of us – as it is for Amy and her two best friends, Lena and Talia.

Our story begins when Amy spots her “ex” husband at her local small-town pharmacy. John left 3 years ago for a business trip to Hong Kong – and never came back. Leaving her with their two school-age kids, their historic fixer-upper of a house, a library degree that she hadn’t dusted off in ten years and not much else.

She ranted, she raged, she cried but most of all, she coped. Now he’s back and she’s sure that he’s going to disrupt her fragile but workable apple-cart. An apple-cart that has meant that she has turned over her entire life to being the “best” mother possible to make up for the dad who ran away to find himself with a younger woman.

He has one chance. She’s letting him have the kids for one week. The kids, who are not fooled by any of this, decide to take him for all he’s worth while he’s around. Not in a bad or entitled way, but making his responsibilities crystal clear – especially since he hasn’t paid a dime in child support while he’s been living it up in Hong Kong.

But that week leaves Amy with a giant-sized hole in her life. For the past three years she hasn’t done anything for herself. She doesn’t know what to do with herself without being constantly needed by her kids, who are now in their teens.

In desperation, she decides to go to New York City, the city she loved when she was single in her 20s, a lifetime ago. She finds a library conference to use as an excuse, and plans to spend a week with a friend she hasn’t seen in years.

When the week turns into an entire summer, and when her friend’s dying magazine uses Amy’s vacation for one last hurrah before they go all digital or fold, a new hashtag is born – #momspringa.

Amy’s #momspringa is both the breaking and the making of her – all at the same time. It makes her question her life and her purpose. Because if she’s not a mother 100% of the time, then who is she? And if she doesn’t take some fulfillment for herself, is she anyone at all?

Escape Rating B+: In the end, I loved this book, but I’ll confess that it had a hard start. And a slightly sticky bit near the end. At the beginning, Amy is extremely invested, understandably so, in being both a mother and more than a bit of a martyr about it.

While the situation makes total sense under the circumstances, I had a difficult time identifying with her until she starts breaking out of the concrete-lined rut she is stuck in – even though that rut is far from being all her own making.

In other words, I had a hard time relating to her intense investment in being a mother and sacrificing herself to that, because it’s not merely not my experience but not an experience I ever wanted.

Her problems with and resentments of the douchebag ex I was completely on board with. Even those of us who have met the “handsome prince” have kissed (and sometimes married) more than a few frogs along the way. And there’s no question this guy was a frog of a husband. Whether he’s also a frog of a father is a big part of the story.

But after the first third of the story, it’s all about Amy’s empowerment, Amy’s steadfast female friendships, and Amy’s journey to find a way to have a fulfilling life that is not 150% wrapped around her kids. Not that those kids aren’t supremely important, but Amy having some life just for Amy is important for them too.

There are also a lot of fun conversations between Amy and her daughter, and between Amy and the colleagues she meets at the conference, about the joys of reading, and about the love of books in general and some books in particular. There’s also some lovely feels about just how marvelous it is to match the right book with the right reader that I really identified with – after all, that is part of the reason that I started this blog and have kept up with it for so many years.

In the end, or rather in the middle, this was a book where I absolutely had to skip to the end to find out whether, after everything, Amy went back to the douchebag ex. Because if she did I was going to die.

I lived. And so does Amy Byler. 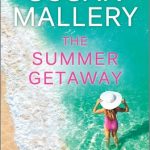 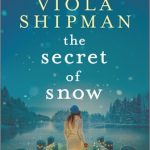 3 thoughts on “Review: The Overdue Life of Amy Byler by Kelly Harms”