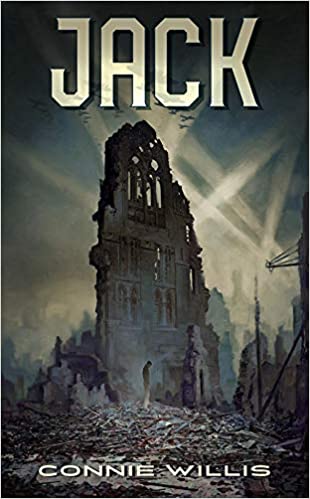 During the height of the Blitz in London, the air raid rescue squad operating out of Mrs. Lucy’s house is close-knit and ever-watchful. When a new volunteer named Jack shows up, his odd behavior—not eating, disappearing during the day for a mysterious job—isn’t concerning at first. The sleepless stress of the job is hard on everyone. Soon, Jack is in high demand, due to an almost uncanny talent for finding buried people still alive under the rubble…

But how does he do it? As the narrator, another member of the squad also named Jack, begins to investigate, the truth turns out to have a dark, tragic twist.

New York Times bestselling, multiple-award-winning author Connie Willis’s surprising and deftly rendered classic 1991 novella “Jack,” a finalist for the Nebula and the Hugo awards, is a must-have for readers of her beloved works set in World War II, including “Fire Watch,” Blackout, and All Clear. 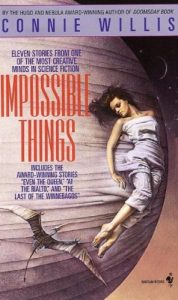 I didn’t catch that this was a reprint when I downloaded it from NetGalley a few weeks ago. Upon further investigation, I discovered that I read this one, a long, long time ago. It’s part of Connie Willis’ marvelous short story collection, Impossible Things. This is one I even have a signed copy of.

And just for the record, my absolute favorite story in that collection is Even the Queen. Even after reading Jack. If you haven’t seen the collection or read that particular story, it’s certainly worth looking into.

The story here is about a group of Air Raid Wardens in London during the Blitz. A time of chaos and confusion, a time of monsters and heroes. This is a story about someone who is a bit of both.

War makes monsters of us all. Sometimes it makes the monsters into heroes, and the heroes into monsters. One’s perspective shifts depending on whether one is one of the bombers – or one of the bombed.

War is also a time when life is in upheaval, when social norms are overthrown, when some people manage to have the best of times, while others experience the worst.

Jack, our narrator Jack, is a young man waiting to be called up for military service. While he’s waiting, he’s part of a quirky bunch of air raid wardens. The portrait of the life of the air raid wardens, their gallows humor, their intense camaraderie, their harrowing experiences in the field and their endless war against paperwork, brings the read deeply into their little found family just as the other Jack, the subject of the story is introduced to their little gang.

New Jack, Jack Settle, is a bit of a mystery. He has an uncanny knack for finding survivors under the rubble of a bomb site. He is entirely too good at finding people who aren’t making a sound – and he knows when they’ve died while the rescue is still ongoing.

Our narrator can’t resist poking into the conundrum that is Jack Settle, and he finds something unexpected – and shocking. Some monsters are more literally monstrous than others. But even they have a part to play in this war. There are times when a curse can be a blessing, even though no amount of rescues can balance the scales weighing past crimes.

Escape Rating B: Jack is a quiet little story. Quietly heroic and quietly chilling as well. The narrator’s discovery about Jack Settle’s true nature creeps up on both the narrator and the reader, as does that narrator’s understanding that this war, as terrible as it is, has allowed some people to show their best selves – even a monster like Jack Settle – while others display the more monstrous side of their humanity. 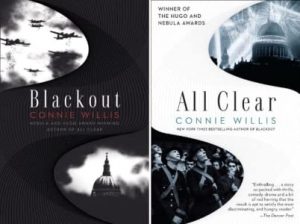 I don’t think it’s any accident that there’s a “bodysniffer” every bit as successful as Jack Settle over in Whitechapel. He’s probably named Jack, too.

Jack, the story, is a quick read. If you’re a fan of the author, particularly her award-winning Blackout/All Clear duology, Jack is a return to that setting from a different perspective. And if you haven’t read her Impossible Things collection, the entire thing is available in more formats for less money and is a real treat! 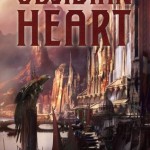 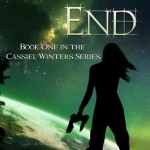