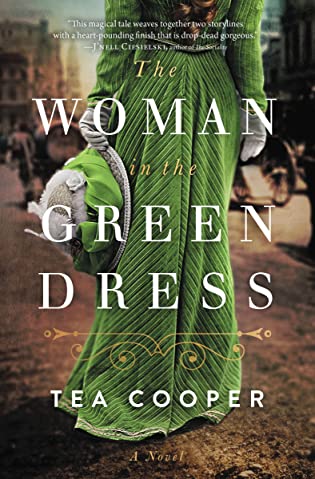 A cursed opal, a gnarled family tree, and a sinister woman in a green dress emerge in the aftermath of World War I.
After a whirlwind romance, London teashop waitress Fleur Richards can’t wait for her new husband, Hugh, to return from the Great War. But when word of his death arrives on Armistice Day, Fleur learns he has left her a sizable family fortune. Refusing to accept the inheritance, she heads to his beloved home country of Australia in search of the relatives who deserve it more.
In spite of her reluctance, she soon finds herself the sole owner of a remote farm and a dilapidated curio shop full of long-forgotten artifacts, remarkable preserved creatures, and a mystery that began more than sixty-five years ago. With the help of Kip, a repatriated soldier dealing with the sobering aftereffects of war, Fleur finds herself unable to resist pulling on the threads of the past. What she finds is a shocking story surrounding an opal and a woman in a green dress. . . a story that, nevertheless, offers hope and healing for the future.
This romantic mystery from award-winning Australian novelist Tea Cooper will keep readers guessing until the astonishing conclusion.
“Readers of Kate Morton and Beatriz Williams will be dazzled. The Woman in the Green Dress spins readers into an evocative world of mystery and romance in this deeply researched book by Tea Cooper. There is a Dickensian flair to Cooper’s carefully constructed world of lost inheritances and found treasures as two indomitable women stretched across centuries work to reconcile their pasts while reclaiming love, identity and belonging against two richly moving historical settings. As soon as you turn the last page you want to start again just to see how every last thread is sewn in anticipation of its thrilling conclusion. One of the most intelligent, visceral and vibrant historical reads I have had the privilege of visiting in an age.” —Rachel McMillan, author of The London Restoration
“Refreshing and unique, The Woman in the Green Dress sweeps you across the wild lands of Australia in a thrilling whirl of mystery, romance, and danger. This magical tale weaves together two storylines with a heart-pounding finish that is drop-dead gorgeous.” —J’nell Ciesielski, author of The Socialite
Full-length historical story with both romance and mysteryStand-alone novelIncludes Discussion Questions for Book Clubs

Particularly large and/or valuable gems often have legends attached to them. Or curses. Or both. Generally both. Based on its history, the Hope Diamond is probably safest in the Smithsonian, rather than around the neck of someone who might be the victim of its curse. Although its owner during the 1920s seems to have made a habit of letting her Great Dane wear it!

The gem at the heart of this intricate work of timeslip fiction would have been a magnet for myths, curses and thieves had it ever existed; a great, big, beautiful opal, the first of its kind to be discovered in Australia, at a time when Queen Victoria had made the wearing of opals all the rage. In spite of their previous reputation as unlucky.

But the opal, cursed or otherwise, kind of acts like a brooch that pins this story together. A story that takes place in two separate time periods, 1853 and 1919. This is, after all, a timeslip story, so it’s the past that is unveiled in the 1853 timeline that needs to be resolved in the 1919 “present”.

And it’s a doozy.

Australia in 1853 is not too distant from its penal colony roots. Just distant enough that the emancipationists – the deported convicts, while still looked down upon, do have a chance of making a new life for themselves. Equally, they have a chance of getting up to their old tricks. Or perhaps a bit of both.

Australia is also a vast country much like the American West, where the white “settlers” were doing their level best – or should that be absolute worst – to push the continent’s original owners out of their ancestral lands – and even to the brink of extinction if it can be managed. But at the same time, it’s a big place and there are still, at least in 1853, places where the whites have not encroached much – at least not yet – and where the unique native flora and fauna still thrive. Although all are under threat.

And that’s where the earlier portions of this story begin. With a young woman who does her best to protect the native people she views as friends and fellow stewards of the lands around her. A woman whose job, whose art, is to preserve the native fauna at least through expert taxidermy, as her father did before her.

At least until her home and her life are invaded by a young man from Austria, on a journey to visit the sites that his mentor visited 20 years before. Together they find themselves caught up in a search for that fabulous missing opal, only to dig up way more than they bargained for in family secrets – and murder.

In 1919, Fleur Richards learns that her husband of just a few months has been killed in action in the closing days of the Great War, and that he has left his grief-stricken wife an inheritance she never knew he had. She thought that the dashing Australian soldier, Hugh Richards, was a young man with an eye to the future, but no more or greater financial prospects than her orphaned and impoverished self.

But the inheritance she does not want spurs her to travel halfway around the world to discover just who her husband really was, in the hopes of finding someone more deserving of his fortune than she believes herself to be.

She finds more than she bargained for. A cursed gem, a locked and abandoned shop of curios and wonders, the solution to a long-ago mystery. And a home.

Escape Rating A-: I have to say that The Woman in the Green Dress gets off to a bit of a slow start, hence the A- rating. Somewhere past the first third of the book the story takes off and develops all sorts of lovely twisty-turny plot threads that keep the story zipping along from there to the end.

But it takes a while to get there, approximately the amount of story it takes for Fleur to get to Australia and get fed up with the runaround she’s getting in Sydney. And on the historic side, the amount of time for Della to meet Stefan and decide to take her life back in her own hands by returning to Sydney to discover what changes her Aunt Cordelia has made in the shop that Della owns.

And I’ve just realized the juxtaposition, that Della’s story takes off when she gets to Sydney, and Fleur’s gets its wings when she leaves it. Not that Fleur doesn’t return fairly quickly, but as the two heroines start moving – so does the story.

Both the past and the present stories are wrapped around secrets. Della has to uncover the secrets that her Aunt is keeping – before those secrets get her killed. Not that they haven’t already left a trail of bodies in their wake. Fleur needs to uncover the secret of who her husband really was, and to learn the truth about the legacy he left behind for her to unravel and resolve.

In the end, it’s a story about the truth setting them both free. And about a beautiful, captivating opal that was both lost and found.

But that woman in the green dress – she’s pure poison. Her story, however, is as delicious as her tonic is deadly. 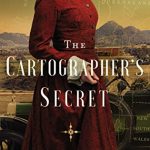 2 thoughts on “Review: The Woman in the Green Dress by Tea Cooper”