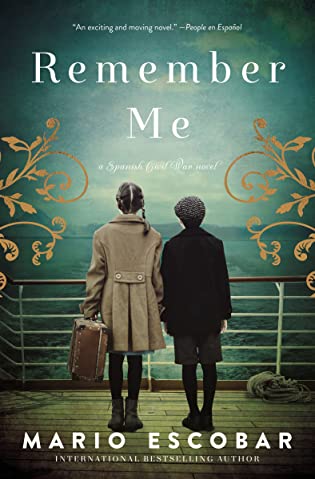 From international bestseller Mario Escobar comes a 20th-century historical novel of tragedy and resilience inspired by Spain’s famed Children of Morelia and the true events that shaped their lives.
Historians refer to the Spanish Civil War as one of the bloodiest wars of the twentieth century. In 1937, at Mexico’s request and offer, nearly 500 children from Spain—remembered as Los Niños de Morelia—were relocated via ship to Mexico to escape the war’s violence. These children traveled across the sea without their families and were expected to return at the war’s end. No one could have foreseen another world war was on the way—or that that Franco’s regime would prevent the children from coming home. These enduring conflicts trapped the children in a country far from their homeland, and many never made it back.
Remember Me is Mario Escobar’s novelization of these events, as told by a fictional survivor—one of the children of Morelia—who looks back upon his life after making the long and devastating journey across the Atlantic. This story explores the endurance of the human spirit as well as the quandary of a parent’s impossible decision, asking: At what cost do you protect your child in the face of uncertainty? 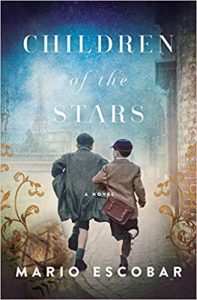 I picked this book up because I was moved by Children of the Stars and was hoping for something similar. And it is that, a fictionalized account of real history, and real history of roughly the same period.

In other words, I was expecting a story where fiction is the lie that tells the truth – in this case the truth about the very real children of Morelia, the nearly 500 children who were sent out of the Spanish Civil War to Mexico in the hopes that they would be safe.

There are all kinds of versions of safe, however. They were safe from the direct effects of the war – and its immediate aftermath. Many of the children were the sons and daughters of the left-leaning Popular Front government. Which was defeated by Franco and his right-leaning Nazi supported Nationalists. Who brutally suppressed the left after their victory. Which meant that their parents weren’t safe either during or after the war. The children weren’t exactly safe either – but neither were they being shelled.

The Spanish Civil War is often referred to as a dress rehearsal for World War II, as the countries who became the Allies supported the Republican government of the Popular Front, while the Axis supported the Nationalists.

The story in Remember Me is the story of those children sent to Mexico under the sponsorship of the Mexican government. And while the experiences of the children of Morelia were not as brutal as the Stein brothers endured in Children of the Stars as young Jewish orphans trekking across a Nazi-dominated Europe that hunted them in order to exterminate them, it was far indeed from the safety and security that their parents had hoped for.

Escape Rating B+: This is a hard book. It’s hard because what happens to the children of Morelia is both all too horrible and all too familiar. On the one hand, this was a history that I wasn’t familiar with in its particulars, although the outline of it is part of many stories that happened during the war, from the children of London shipped to the countryside to escape the Blitz to the Kindertransport that rescued 10,000 predominantly Jewish children from Nazi Germany and other countries in the months prior to World War II to the Danish resistance movement’s evacuation of over 90% of the country’s Jewish population to Sweden.

But the rescue itself is only part of this particular story, which is wrapped in the particular circumstances in Spain during and after the Civil War, and of the conditions that the children faced in Mexico.

And quite probably elsewhere, because the story of what the children went through reads like a combination of Lord of the Flies with all the old sayings about power corrupting. Much of what happened read like it could be attributed to people who had power over the children while they were in Mexico either being venal or neglectful or having their own axe to grind. Or multiple axes, as Spanish colonial oppression was not that far in Mexico’s past that there weren’t people who wanted to punish the children for the sins of their figurative grandparents. There was also conflict with the Catholic Church that just added to the issues. Many of the children were secular, having been raised in left-leaning revolutionary families. The Catholic Church in Mexico was very powerful, and there was a fair amount of pious skullduggery involved, with children who still had parents being assigned as orphans to the Church.

The money that was intended to support the children was siphoned into multiple pockets, the people put in charge of the children had no idea how to take care of them, and the facility ended up being run by the bullies. Parts of that story, awful as they are – and they are awful – felt both sad and predictable.

Human beings often suck. While wartime may make some rise to the occasion, it also makes the sucky even suckier.

This is reading like a downer, and that feels appropriate. While it ends on a hopeful note, that didn’t feel like the tone for much of the story. And I’ll admit that I am not in a hopeful mood this week, and this was probably not the right book at the right time, as compellingly readable as it is. And it certainly is.

In the end, the book this reminded me of more than any other was not the author’s Children of the Stars but rather The Brothers of Auschwitz. While a bit of that is the period setting, it is mostly due to the way that both stories are unflinching in their look at a terrible history, and in their emphasis on the ongoing cost of that history to its surviving victims.

2 thoughts on “Review: Remember Me by Mario Escobar”